Large homeless camp in southeast Austin to be removed

The City's Parks and Recreation Department said the community notified it of a large, active encampment off Brandt Road in the Onion Creek Greenbelt. 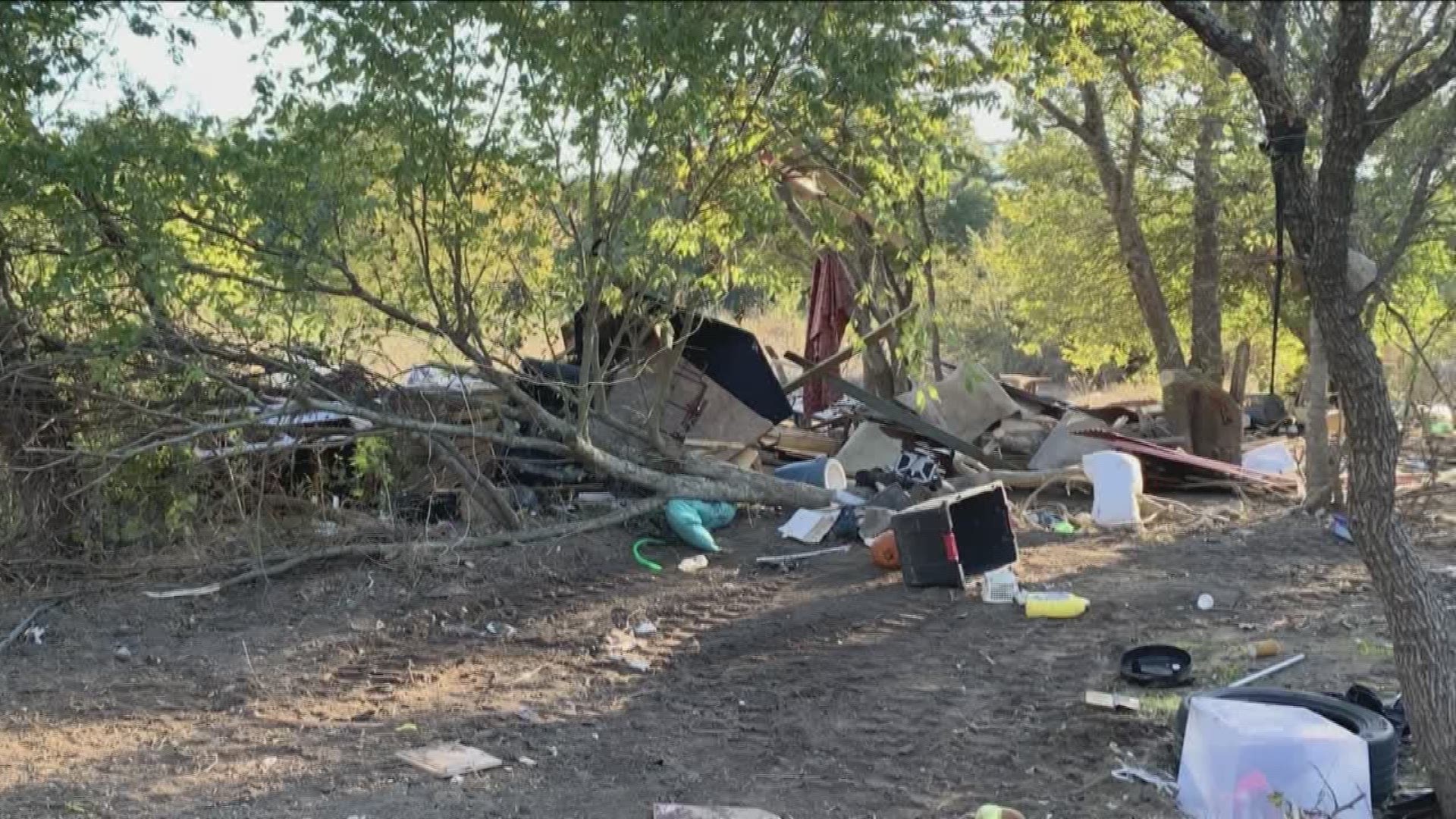 AUSTIN, Texas — The City's Parks and Recreation Department, along with the Other Ones Foundation, said it started cleanup on Thursday on a large homeless encampment.

The camp is on Brandt Road, between Slaughter Lane and Bluff Springs Road in southeast Austin.

The Parks and Rec Department said the community notified it of a large encampment on that spot, which is a subsection of the Onion Creek Greenbelt within the City of Austin parks system.

When staff went to the location, they said they found it to be an active encampment with multiple residents. According to the Parks and Recreation Department, staff then contacted Integral Care's PATH team to engage and offer any services available to the residents.

The department also said remediation efforts began on Thursday with Austin Parks and Recreation staff and The Other Ones Foundation.