Starting with Daybreak at 4:30 a.m., our reporters will look at how we got here and what’s being done to help solve the homeless issue in Austin. 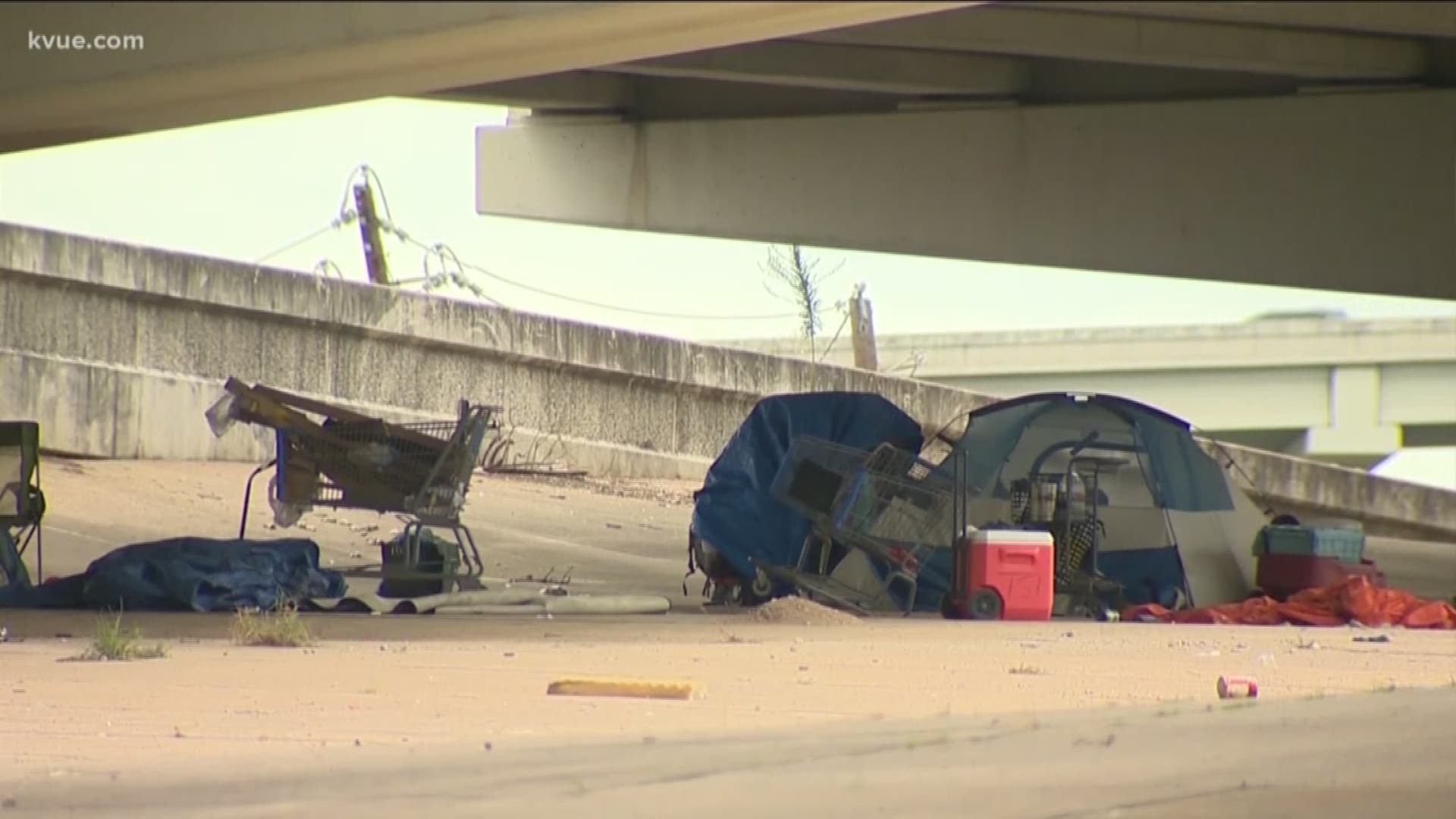 AUSTIN, Texas — All day on Wednesday, KVUE will be dedicating its coverage to an important issue facing the City of Austin and Central Texas: homelessness.

Starting with Daybreak at 4:30 a.m., KVUE will be taking a deep dive into the issue from all angles, with coverage on TV and online, including KVUE’s social media platforms and YouTube.

Our reporters will look at how we got here and what’s being done to help solve the homeless issue in Austin.

“We know the community is deeply concerned about Austin’s homeless situation, for many different reasons,” said KVUE News Director Tim Ryan. “We hope our commitment to focusing attention on the topic for an entire day will stimulate new ideas to make it better.”

We’re talking to leaders from a wide range of perspectives, including nonprofits, business leaders, local and state lawmakers, law enforcement and the homeless themselves.

“People have very different perspectives with respect to the right solution to this problem, and we do our best to reflect those perspectives in our reporting,” said Ryan.

Our focus is part of KVUE’s year-long effort to go out and meet and photograph the homeless in greater Austin. Our goal is to show people what the daily struggles of the homeless are, who they are and their life before the streets.

“We’ve been reporting extensively on Austin’s homeless situation throughout year with a project called ‘Our Homeless: Struggle on the Streets,’ and we’ll continue to cover the story thoroughly after our daylong reporting on Wednesday,” said Ryan.

The city council is expected to discuss and vote on the changes at their city council meeting at City Hall on Thursday.

A draft ordinance that could replace the city's current code can be viewed here.

The proposal was posted over the weekend by Councilmember Ann Kitchen. It's co-sponsored by Kathie Tovo, Alison Alter and Leslie Pool.

It includes specifics, like where camping, sitting and lying will be prohibited: Sidewalks, certain streets, medians and highway underpasses.

On Aug. 30, a memo from the city manager's office offered guidance to the council on where camping, sitting and lying should potentially be banned but didn't provide specific areas or streets.