"Try It Free" launches in the App Store and the Google Play Store on Nov. 1. 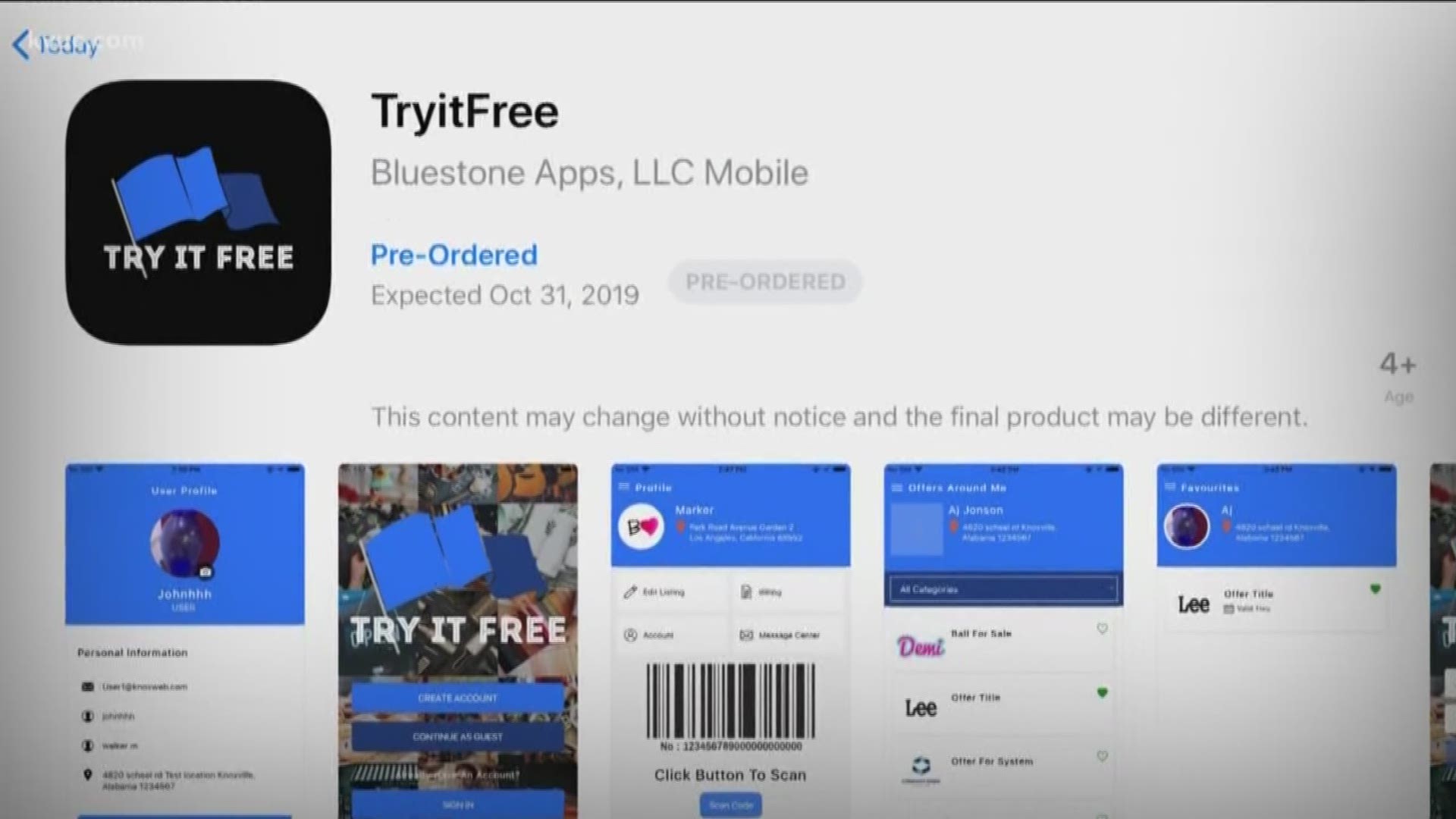 AUSTIN, Texas — A Hutto mother is set to launch a new app that helps customers find freebies from local businesses. But "Try It Free" will also help the homeless.

That's because Pamela Barnett said she plans to donate 95% of the proceeds from the app to nonprofit organizations that help the homeless.

The idea for Try It Free came from her other app called "Learn to Read with Abby Grace." Like the name indicates, it helps children learn to read.

Getting children to read is one of Barnett's passions. She's a teacher at the school she founded, Tech and Tumble Academy.

She knows how important reading is because she remembers how bad she felt falling behind at school.

"When I was a child, from being homeless, I missed a lot, a lot of school so when I got into a school, I was always behind," Barnett said. "And I felt so much shame and embarrassment from always being singled out, not knowing what the other kids knew, that I determined no child that I had anything to do with will ever know that feeling."

During Barnett's younger childhood years, she remembers being homeless several times. She recalled at least six times she didn't live in a home because her parents were ministers and lived job-to-job.

"A lot of times we would leave one church and not have the next church to go to and run out of money, stay in a hotel or motel until we ran out of money and then we would be in the car, park somewhere," she said.

She said she is donating most of the proceeds from the app because she feels for the homeless.

"When you go through something yourself, you have compassion ... When I drive past the homeless here in Austin – I saw a man the other day, he was bent over, he couldn't even stand, he was holding a sign and my heart just broke. My son's in the backseat and I said, 'Jax, I want to change the world for him,'" Barnett said.

Try It Free launches in the App Store and the Google Play Store on Nov. 1.