The City of Austin approved buying the Candlewood Suites in northwest Austin, which also sits partially in Williamson County. 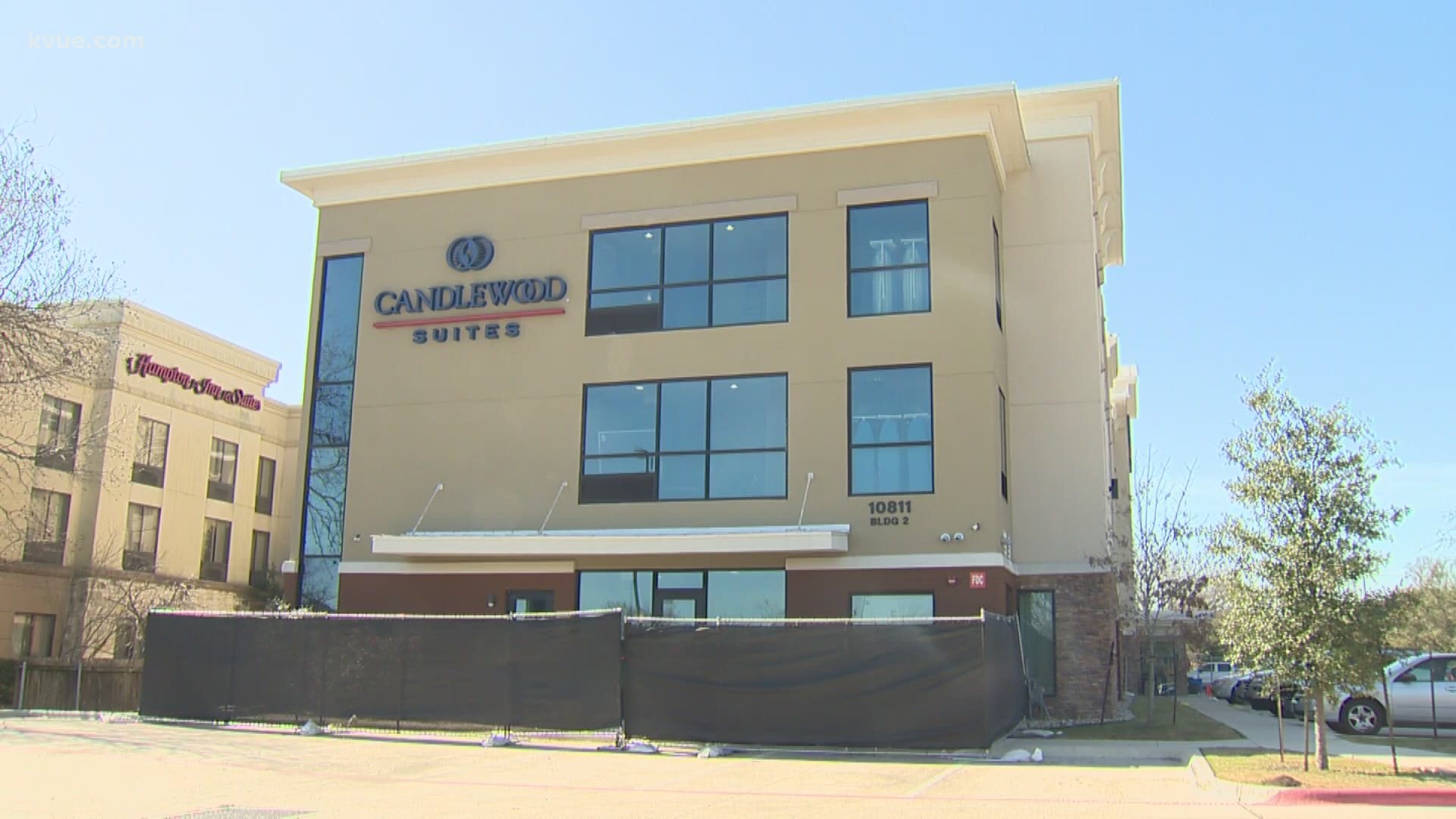 WILLIAMSON COUNTY, Texas — Williamson County commissioners gave the green light to their general counsel to start interviewing law firms on Tuesday, propelling the county toward a lawsuit against the City of Austin, including the potential involvement of Texas Attorney General Ken Paxton.

County leaders hope the legal maneuver will halt the Austin City Council's efforts to operate the Candlewood Suites as temporary or permanent housing for the homeless.

County Judge Bill Gravell said the county also plans to use every resource at the State level to interfere with Austin's plans.

Candlewood Suites is located near State Highway 45 and U.S. 183 in Austin and partially in Williamson County.

Williamson County leaders have said they were caught off guard when they learned the Austin City Council was even considering buying Candlewood Suites to house the homeless at the end of January.

Commissioners asked Austin council members to delay the purchase and vote by six months so they could have more time to work with Austin leaders and discuss the matter.

But on Feb. 4, the Austin City Council bought Candlewood Suites for up to $9.5 million, making it the fourth hotel Austin plans to use to house the homeless.

Gravell said all Williamson County ever wanted was to be part of the process with Austin leaders.

"The goal of the court is we just simply want them to hit the pause button. We asked them last week, 'Could you hit the pause button for 180 days and let's have a conversation together?' And you know what their decision was? 'No, we're not going to do that.' And they voted 10-1 to Williamson County: 'No, we don't care what your request is. We're going to do this anyway.' All we ask, the County is simply asking for, is the opportunity to have a conversation together," Gravell said.

At a press conference on Wednesday, Deputy Attor­ney Gen­er­al for Legal Strategy Aaron Reitz said the move by the City of Austin was similar to what the City did on New Year's Eve, when it introduced a weekend curfew for bars and restaurants to help stop the spread of coronavirus.

"In the middle of the night, without any warning, without any consultation from any stakeholder, it attempted then to shut down a bunch of businesses," he said.

"If they're going to do business like that, there's a right way to do it, and Ken Paxton is going to ensure that they do," he said.

At the same press conference, lawyer Rupal Chaudhari said she believed the Austin City Council chose Candlewood Suites "arbitrarily" and she wants to see an economic impact analysis before the move proceeds.

Meanwhile, State Sen. Charles Schwertner said he filed legislation on Wednesday that would require notification and coordination between the County and the City when it comes to addressing homeless housing projects.

"I've spoken directly with leadership, including the representative of this region, the commissioner, city council people – unlike the mayor of Austin, who did not engage anybody in Williamson County prior to passing this in their city council on a 10-1 vote," said Schwertner.

People who attended the commissioner's court meeting earlier this month expressed their concerns, some saying they think lawmakers are pushing Austin's problems into other areas. KVUE previously reported business owners and neighbors pushed back against the plan to buy the Candlewood Suites.

Austin City Council also voted in February to buy the Texas Bungalows Hotel and Suites in North Austin for up to $6.5 million, making it one of the four hotels the City has purchased.