Austin police said an officer became submerged as he tried to assist another man who was stuck in rising waters. 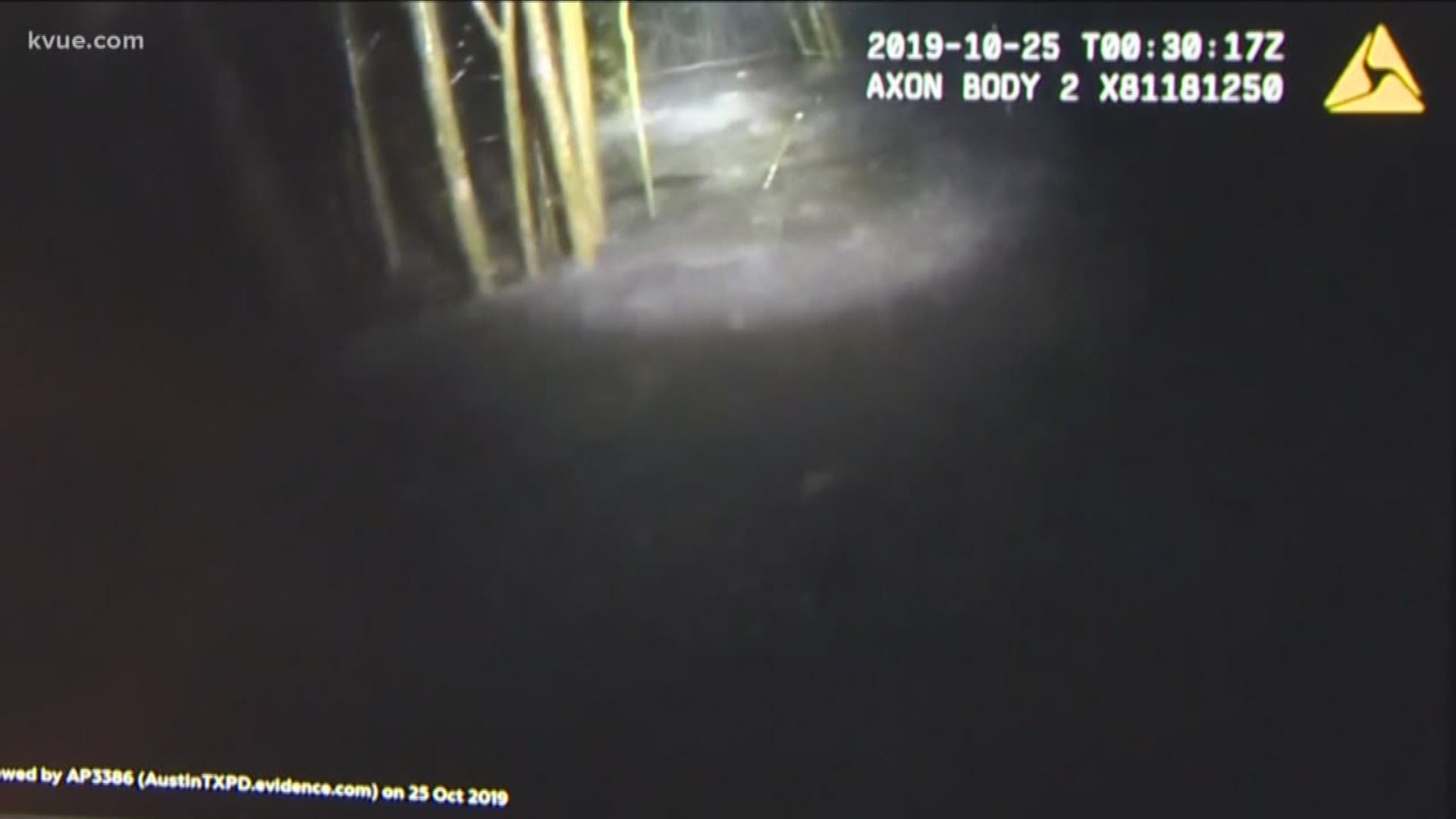 AUSTIN, Texas — With the release of body-camera video, the Austin Police Department on Friday shared a close look at the dangerous conditions officers dealt with after trying to rescue a man swept away by floodwaters.

The rescue happened about 7:30 p.m. on Thursday near the 700 block of North Bluff Drive in southeast Austin after police received reports of several people trapped in a crew in which the water was rising rapidly.

In the video, an unidentified officer is seen running toward the rushing water, in search of a victim he initially thought was a child.

"Holy s---," the officer said in the recording, as the fast-moving water rushed past him. "I think this kid's been washed away."

As the officer walked toward the man and yelled to get his attention, he got into some trouble himself, police said.

"When he went into the water, he stepped off into a deep area in the creek bed and became submerged himself, just as his partner was arriving on scene," APD Commander Brian Jones said at a press conference Friday afternoon.

Using a rope, the officer's partner pulls him back to safety and helps bring the man out of the floodwaters. That man then ran away, according to police.

"The mom stayed there. Her son left, without so much as a thank you," Jones said.

Police believe the man they rescued lived in a homeless camp nearby, which was later cleared out.

"It's way too dangerous," Jones said. "We cannot let them near area that are prone to flooding. We all know living in Central Texas, when it starts to rain and rain heavily, creek beds can rise."

Austin council member Leslie Pool – whose shared proposal with council members Alison Alter, Kathie Tovo, and Ann Kitchen to amend the city's camping ordinance to include banning camping near a culvert, storm drain, creek or river failed to pass – told KVUE the new camping restrictions that go into effect on Monday don't include language about creeks or rivers and instead rely on an officer's discretion, detailed in training bulletins.

"My colleagues were convinced that having a training bulletin for the police department indicates that sleeping in certain parts of the city was either unsafe or unhealthy and that that should be sufficient," Pool said. "I maintain that is not a legal defense, and that also doesn't cover the city's liability. ... I would like to see us have really clear, demarcated areas of town where people can be and where they cannot be because of safety concerns."

Pool said the city council may consider these changes again in the near future.