Two out of three homeless LGBTQ youth are homeless because their parents don't accept them, according to The Trevor Project. 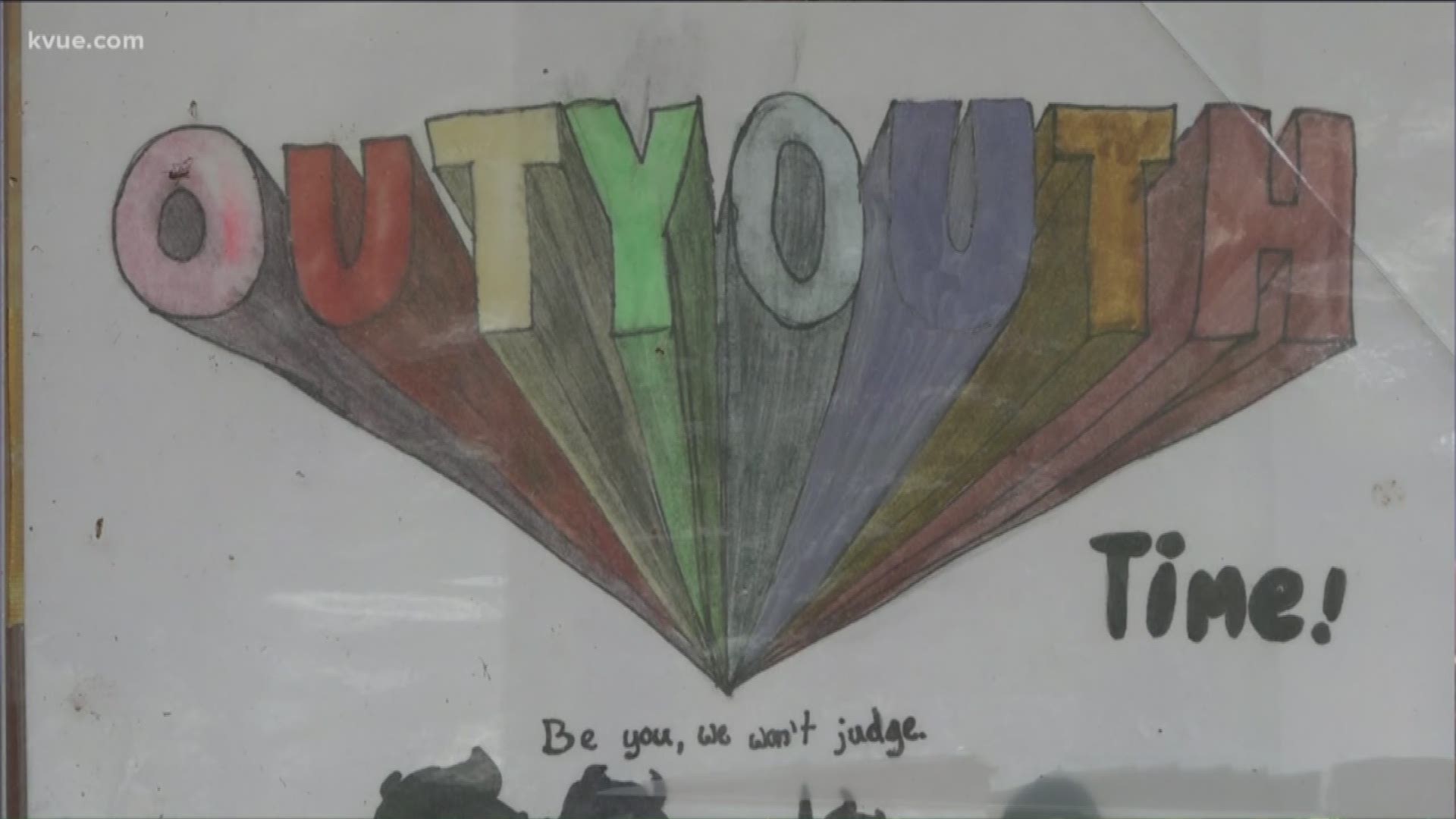 AUSTIN, Texas — KVUE has been taking a deep dive into homelessness issues in Austin, talking to leaders from a wide range of perspectives – including nonprofits, local and state lawmakers and the homeless themselves – to try to make sure to address as many angles as possible.

One group that can sometimes be overlooked when talking about homelessness is homeless LGBTQ youth.

According to The Trevor Project, they make up about 40% of the homeless youth population nationwide. About 60% of them will likely end their own lives.

Kathryn Gonzales, the operations and programs director for Austin nonprofit Out Youth, told KVUE that two out of three homeless LGBTQ youth are homeless because their families don't accept them.

"That's a national statistic that certainly holds up here in Texas and, in my experience, is probably even higher," Gonzales said.

So far in 2019, Out Youth has served nine youth who self-identified as homeless or otherwise displaced. The nonprofit served a total of eight youth in 2018.

It's unclear how many of them actually make up the homeless population in Austin because some of them don't consider themselves to be homeless.

"Most of the youth that we encounter who might be defined as homeless, we actually say are 'displaced.' They might be staying with their friends' family or might be staying with extended family or couch-surfing in some way," she said. "LGBTQ youth might not have the same resources as adults, but I can guarantee you that they are just as creative, if not more creative, in finding ways to ensure their survival."

Out Youth refers homeless LGBTQ youth to groups like LifeWorks and Front Steps, but Gonzales said it can be difficult to find a bed.

She believes one way to end homelessness is by providing housing, which she said Austin lacks.