The next step is for the Austin City Council to approve ballot language by Feb. 12. 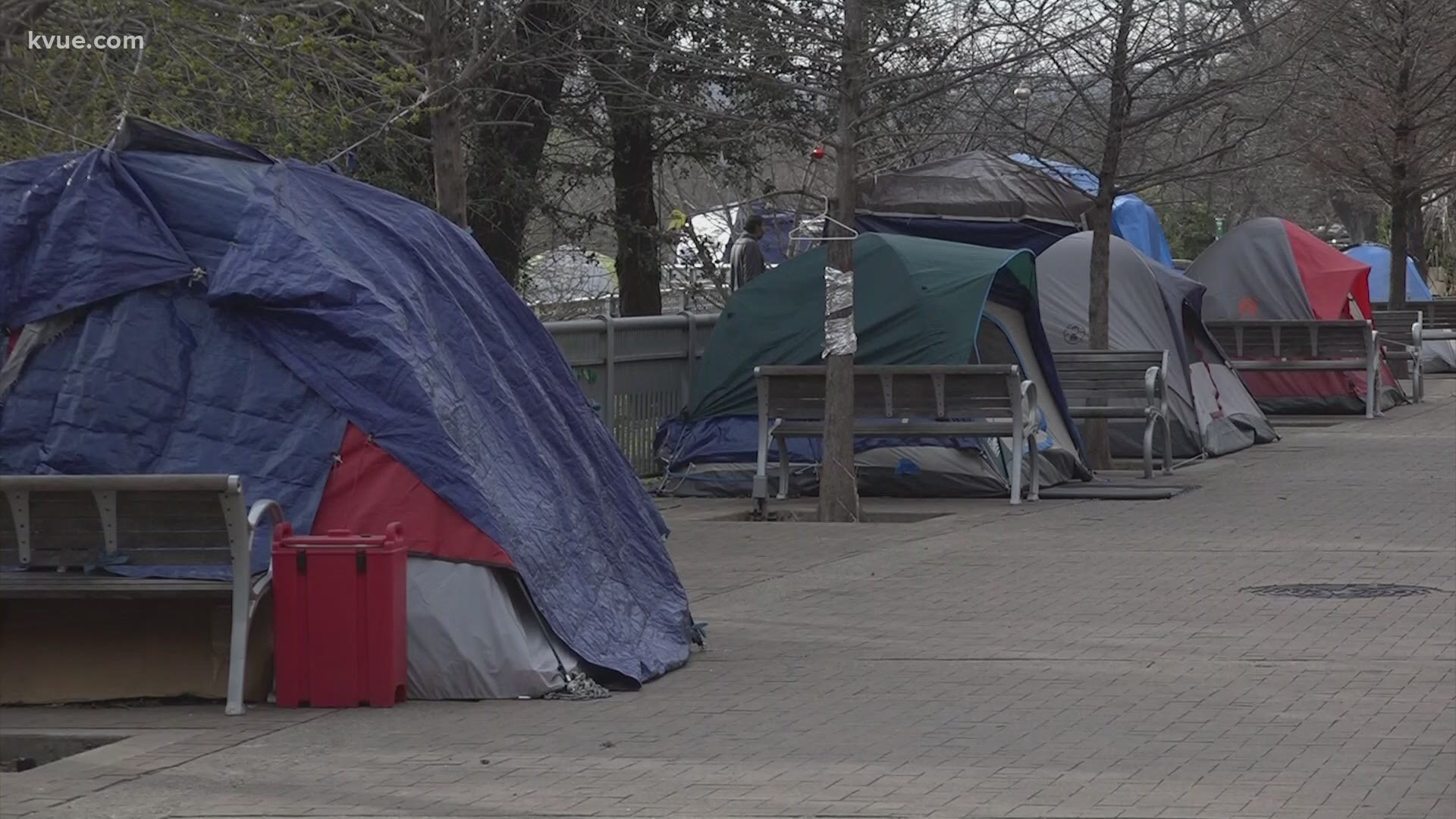 AUSTIN, Texas — Save Austin Now on Thursday announced the City Clerk's Office certified its petition containing thousands of valid signatures in a push to get an item reinstating the public camping ban on the May ballot.

Members of the nonpartisan nonprofit group said they submitted more than 27,000 signatures. The clerk's office said more than 26,000 of them were valid.

Now, the Austin City Council will vote to approve ballot language, which must be completed by Feb. 12.

The ordinance would reinstate the ban on public camping citywide, restore the sit/lie ordinance to downtown and extend it to the University of Texas area and the surrounding area and ban panhandling at night from 7 p.m. to 7 a.m.

“Today’s news is a welcome development for Austinites who only want to live in a safe and clean city,” said Save Austin Now co-founder Matt Mackowiak. “Our army of volunteers and supporters worked incredibly hard to collect more than 26,000 validated signed petitions in just 50 days during the holidays. Now Austinites can choose to fix this mess created by Greg Casar and Steve Adler. The mayor and the city council will never fix it. In fact, they are unconscionably making it worse. We must save our city on May 1.”

“We must end homelessness by getting people off the street with housing, services and jobs,” Austin Councilmember Greg Casar responded. “This Republican Party effort does absolutely nothing to solve homelessness. No one will be housed by this misguided effort, but plenty of people will be jailed by it. A majority of Austinites want to see people housed, not persecuted, and we need to push back on this cruel strategy at the ballot box in May.”

On Thursday evening, Mackowiak joined KVUE to discuss the recent headlines surrounding the nonprofit, including the creation of a Save Austin Now political action committee.

"There was no election. We were never certified for an election until today. So now that there is an election, we're going to abide by state laws related to election activities," he said, which include disclosing expenditures and donors to the public.

Mackowiak said this information will eventually be published at SaveAustinNowPAC.com.

Reinstatement of Austin's homeless camping ban one step closer to being on May ballot.

We can provide compassionate pathways for the homeless.

But compassion doesn't mean allowing anyone to urinate, defecate & spread drug needles wherever they lie.https://t.co/STbzYoes3i

Advocates for people experiencing homelessness say the petition is a step in the wrong direction.

"We're going back to the same old strategies of criminalization," Joao Paolo Connolly, a member of Austin Justice Coalition who works with homeless advocates, said. "[It is] wasting public resources on policing, jails and money that could be spent or actually could be channeled towards actual solutions, like really building permanent supportive housing and things of the sort."

On Thursday, the City Council also voted to pass an amended HEAL resolution, which partially reinstates the camping ban. Co-sponsor Ann Kitchen said the initiative "represents an effective addition to the valuable efforts that our homeless service partners and city staff are currently pursuing in our community."

Six councilmembers sponsored the item, which aims to remove those experiencing homelessness from four high-traffic areas into shelters.

The initiative would be developed and implemented through collaboration with the City of Austin's Homeless Strategy Office, Austin Public Health, the Housing and Planning Department, ECHO, Integral Care and the homeless service and provider community.