Haven for Hope: An inside look at a San Antonio campus that's helping the homeless

It's not a shelter, it's a community. At least that's what the CEO of Haven for Hope says. The campus is trying to help end homelessness in San Antonio. 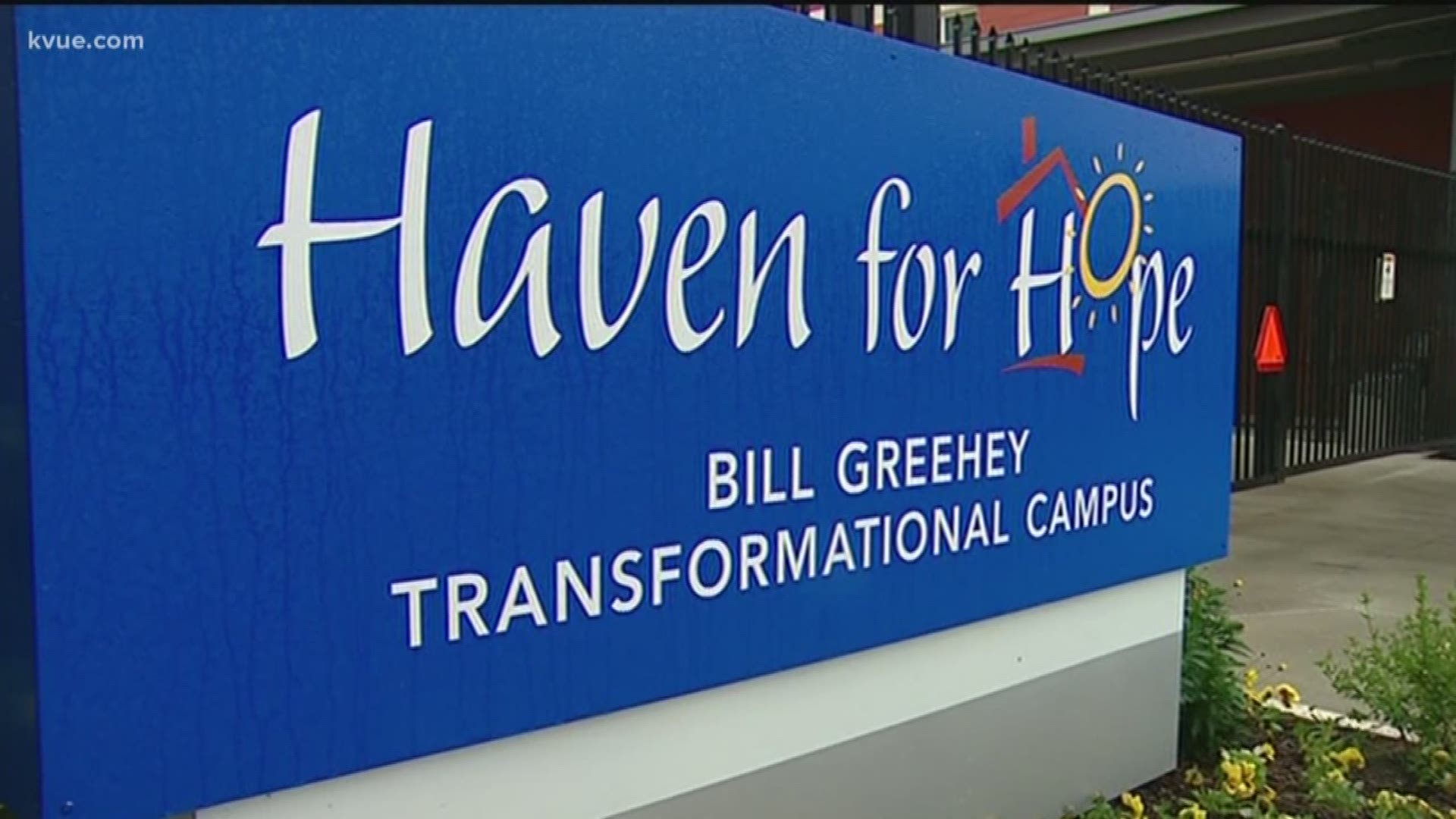 SAN ANTONIO, Texas — Haven for Hope is a well-known spot in Bexar County.

Some people may refer to Haven for Hope as a shelter, but President and CEO Kenny Wilson said that's far from true.

"Often people come here from another city, and they think we’re a shelter. And they say, 'What do you mean you don’t kick everybody out at five in the morning?' I say, 'This is a community, this is their home. They can come and go as they please,'" Wilson said.

Wilson said the campus is more like a community, with 184 nonprofits on-site that provide services.

"One time a person said to me, 'Everything I needed was here, including love.' And I thought, 'Well, that’s a good thing,'" Wilson said.

The Transformational Campus is one of the main portions of Haven for Hope, where a homeless person or family can get housing, education, counseling and support.

The ARCH cuts down on beds to shift focus to long-term housing, case management

There is also a portion of the campus called the Courtyard.

"It’s safe sleeping. They can come and stay as long as they like, and we provide services to them too," Wilson said. "Our goal for them is to get them to a better place to live. And currently, for the last year, we have housed about 15 [people] a month from the courtyard. These are people that were chronically homeless, have lived under a bridge, and we get to the bottom of it and get them help."

Wilson said the Courtyard provides a "safe and humane" option for people who aren't ready to enter a shelter.

He said those staying in the Courtyard get three meals a day, restrooms and showers, hygiene products and access to laundry facilities and a warehouse where donated clothes are stored.

People in the Courtyard also receive basic medical care and mental health care and have access to storage bins to keep their personal belongings.

"And I’ve watched a metamorphosis take place when someone has lived on the street or has a mental imbalance that can’t take care of themselves get new clothes and it changes them not just the way that they look to me or others, but the way they see themselves," Wilson said.

A campus of this size doesn't come cheap. Staff said it costs about $20 million each year to fund the campus.

That funding comes from:

"Sometimes at two in the morning, I think, 'We have 1,700 people at Haven. Where would they be if Haven didn’t exist?' They would be all over the city. We have data about that," Wilson said. "We do know that since Haven opened in 2010, homelessness downtown has decreased a little over 80%.”

He said the data showed an overall decline in San Antonio's homeless population in all categories except for one: homeless families.

Wilson said that statistic keeps him up at night.

"But when a family comes to us with a child, children, a parent or parents and they say, 'We’re living in the car, we can’t do it anymore…' We do not say, 'I’m sorry, we’re full, you cannot come here,'" Wilson said. "We just can’t from a compassionate, moral standpoint do that. So we take them."

Wilson said they refer to them as "emergency families." He said the average stay is two weeks while staff works to find a housing option for them.

Finding housing for people continues to be a key solution Austin city leaders point to as they work to help the homeless.

Wednesday night, KVUE's Molly Oak will speak with Councilmember Kathie Tovo about her thoughts on bringing something like Haven for Hope to Austin.