This comes after Abbott sent a separate letter threatening to get state agencies involved if the homeless issue wasn't improved by Nov. 1. 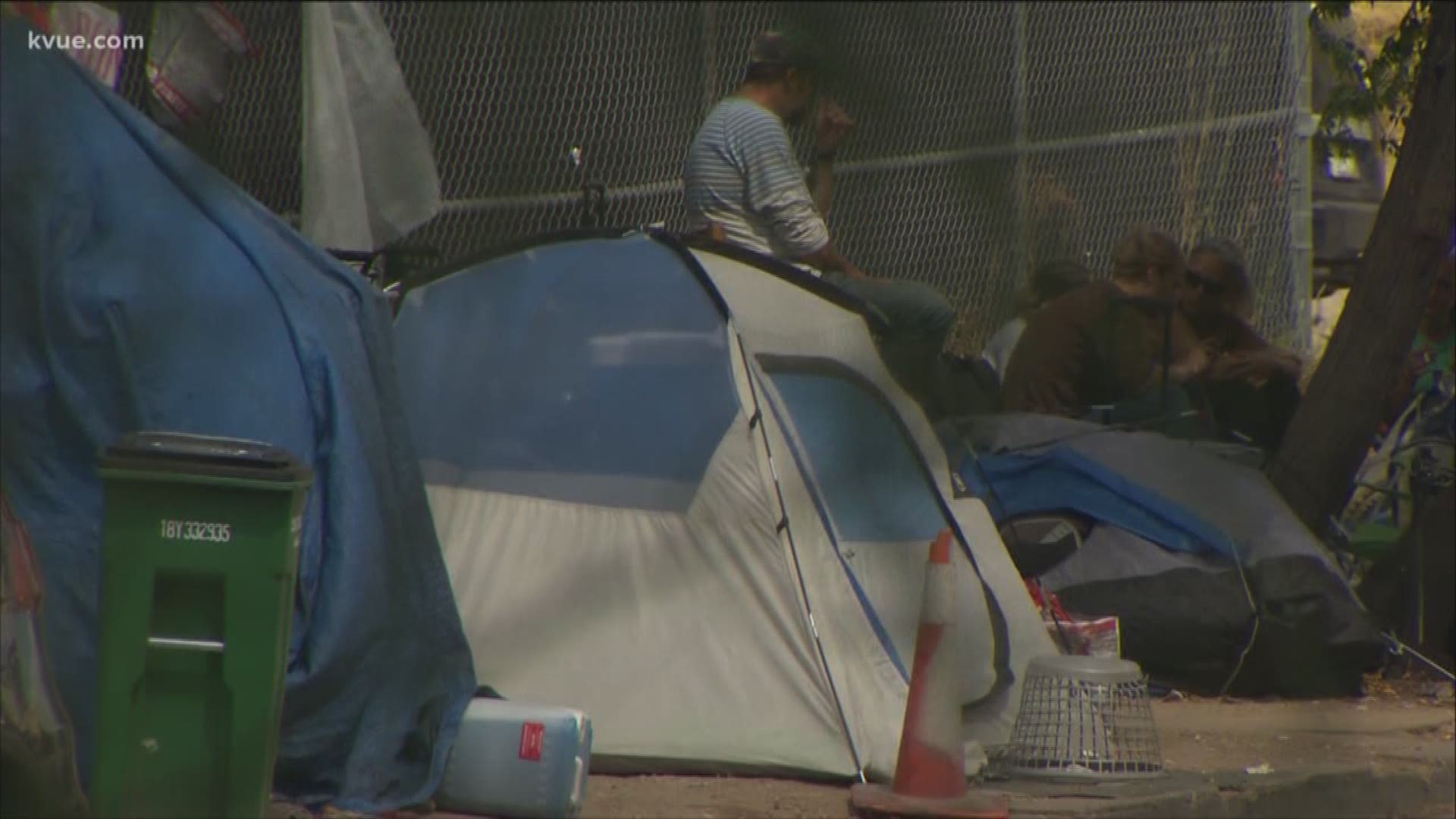 AUSTIN, Texas — In a new letter to Austin Mayor Steve Adler, Gov. Greg Abbott is calling on the City of Austin to go back on its homeless ordinance, citing the city's police chief.

"After my prior letter, you publicly assured Austin Police Chief Manley that if the police needed anything, 'just tell us what it is and we will do what we can to facilitate.' Among other things, the Chief has suggested a reinstatement of the camping ban. I agree," Abbott wrote in the letter on Thursday.

The Austin City Council voted back in July to allow the city's homeless to camp, sit and panhandle in certain areas of Austin.

"The consequences of repealing the ban are manifested daily on the streets of Austin: human feces, hypodermic needles, mounds of garbage, and people living in unsanitary and inhumane conditions that could lead to an outbreak of communicable diseases. As you know, Hepatitis A and Typhus are resurfacing in West Coast communities that struggle with the homelessness crisis," Abbott explained in the letter.

Abbott recently sent a separate letter to the mayor, threatening to get state agencies involved if Adler didn't make improvements to the homeless issue by Nov. 1.

Following that letter, Chief Manley suggested the council should return to its original homeless policy.

On Thursday evening, Abbott said on Twitter the City of Austin spends more than $20,000 per homeless person in the city.