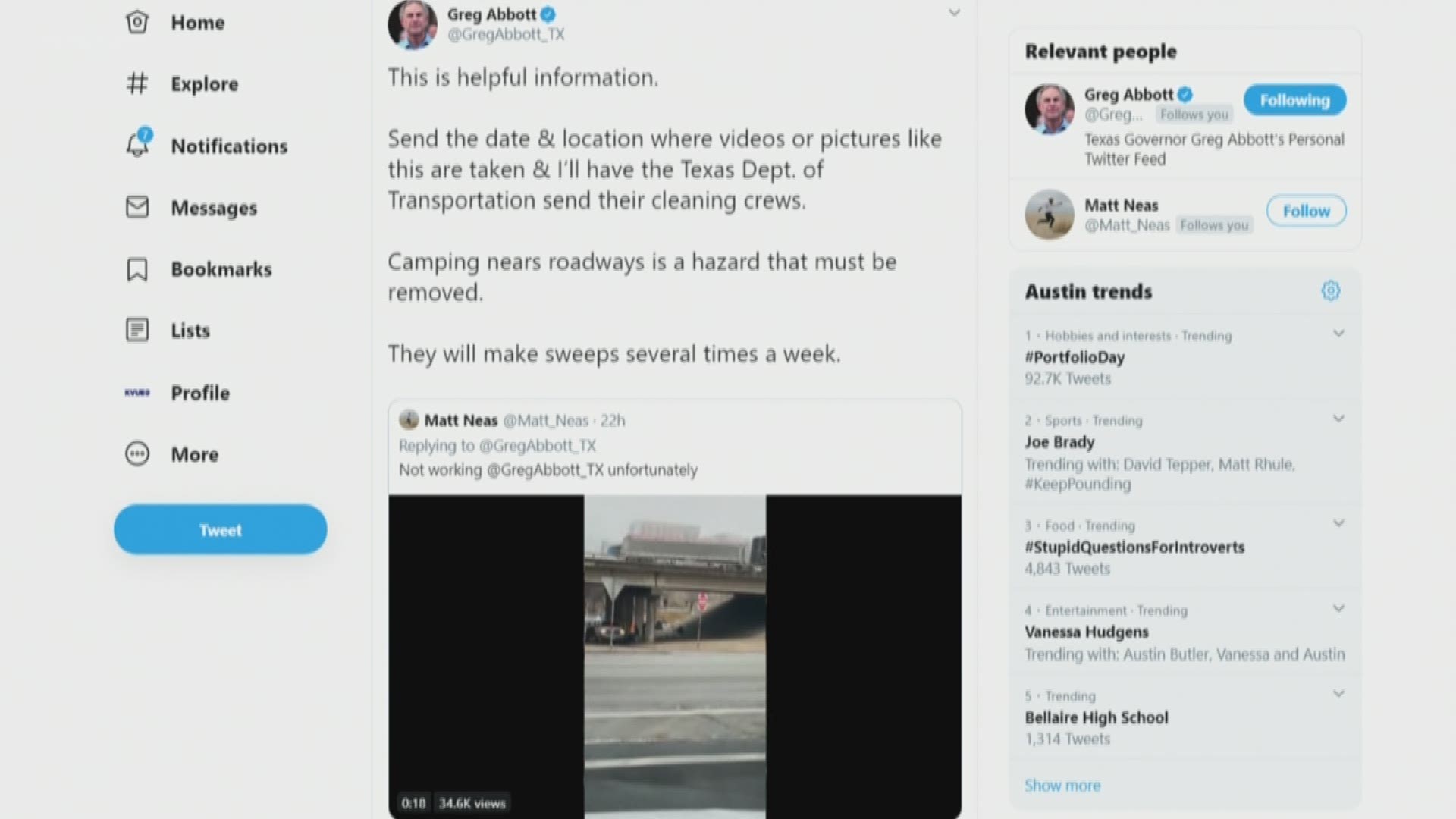 AUSTIN, Texas — Texas Gov. Greg Abbott has again taken to Twitter to update the public on homelessness in Austin.

In response to a Twitter video displaying several homeless camps along and under Interstate 35 in Austin, Gov. Abbott on Tuesday said officials are still conducting "sweeps" to clean up homeless camps near roadways.

"This is helpful information," Gov. Abbott tweeted. "Send the date & location where videos or pictures like this are taken & I’ll have the Texas Dept. of Transportation send their cleaning crews. Camping nears [sic] roadways is a hazard that must be removed. They will make sweeps several times a week."

This comes after Gov. Abbott tweeted last week that he would be boosting the presence of Department of Public Safety personnel in Downtown Austin in response to two alleged stabbings linked to homelessness.

City leaders have criticized the governor's social media responses to Austin's homelessness problem in the past, including his recent response to the stabbing incident on Jan. 3.

Over the summer, the Austin City Council voted to update its camp, sit and lie ordinances that essentially overturned the ban in most places. After much criticism, the City again updated its policies in mid-October 2019.

Those changes mean camping on all city sidewalks is banned, but sitting and lying down is not – unless it is 15 feet from an operating business. Camping, sitting or lying downtown around the ARCH is banned within a quarter-mile of the area. Camping, sitting and lying is also banned in high wildfire risk zones, which is 14% of the city, or if it is endangering the health or safety of the public.

In late October, the governor directed TxDOT to clear homeless camps from underpasses in response to the updated ordinances. In early November, the governor instructed crews to clean at least once a week.