St. David's Foundation is making it possible this summer for the first time at the community. 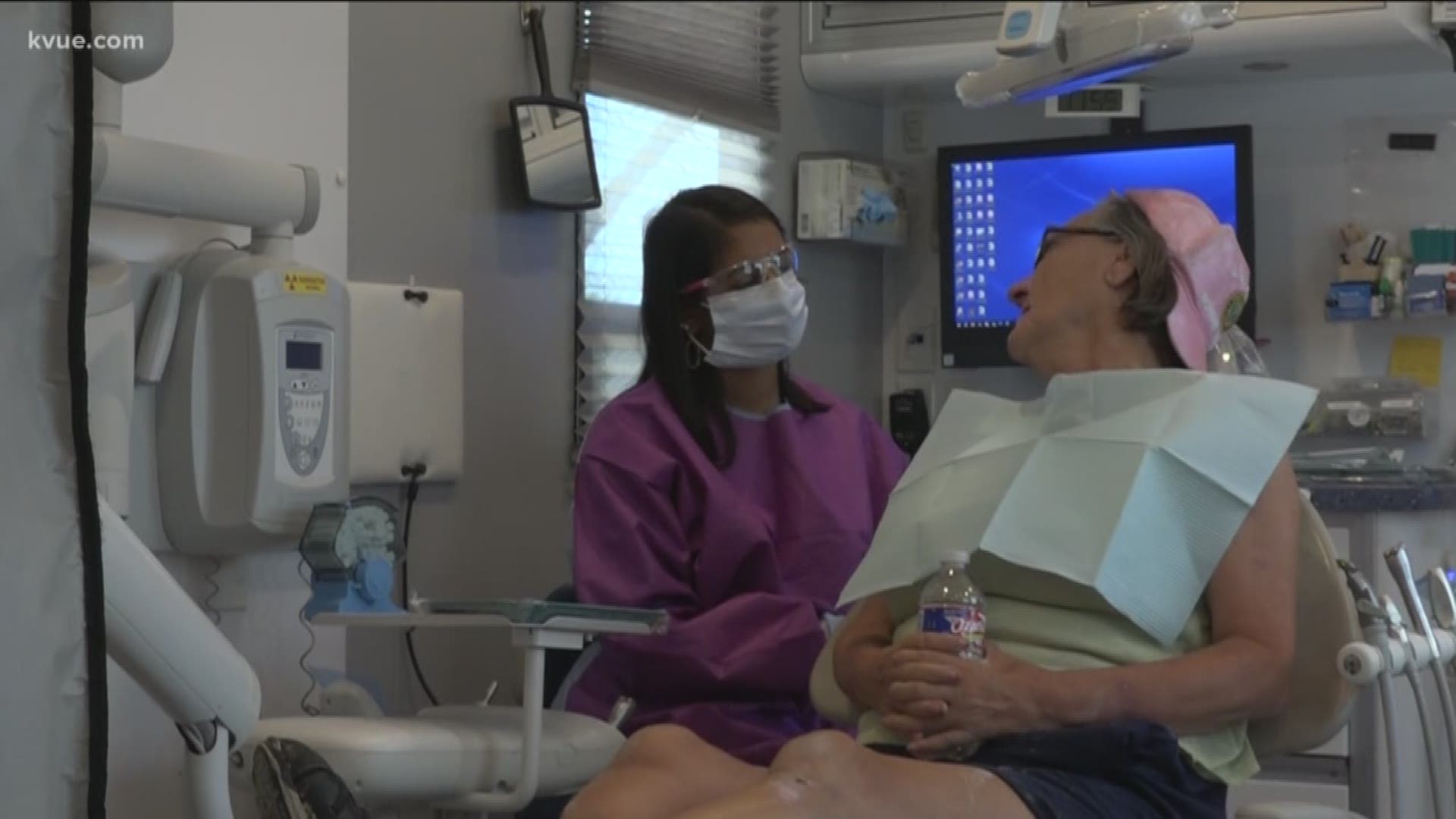 TRAVIS COUNTY, Texas — A simple smile can make a world of a difference.

"Icky mouth, icky feeling,” Bonnie Durkee said, referencing her own dental issues. "When you have awful teeth, you don't think of having teeth.”

It is just survival. She survived years on the streets before finding housing at the Community First! Village.

But Durkee is even more than a survivor. She is an amputee, veteran, grandmother and mother who is getting a new smile.

"When I came in and was going to get my extractions done, I was a pile of nerves,” Durkee said.

She has had six extractions for free through the St. David's Foundation Mobile Dental Program that began this summer.

"They're not making me feel like I'm the scum of the earth,” said Durkee.

St. David's also provides free dental care to Title I and charter schools during the school year. According to the St. David’s Foundation, those schools include Austin, Del Valle, Pflugerville, Manor, Hays and Round Rock school districts.

This is St. David’s first time working with Community First! Village. The foundation began on July 1 and has seen 30 patients there so far. Ninety percent of them have seen the dentist multiple times.

“We eliminate barriers such as transportation,” said Shailee Gupta, chief dental officer with St. David's. “We see children in schools, so that parents don't have to take off work. It's really about bringing care to the people."

Whether it's pain in your mouth or hiding your smile, Durkee said it “makes it so that it is very difficult to communicate with others."