The Violet Trash Bag pilot program started July 8 and collects anywhere from six to 35 bags of trash per location, per week. 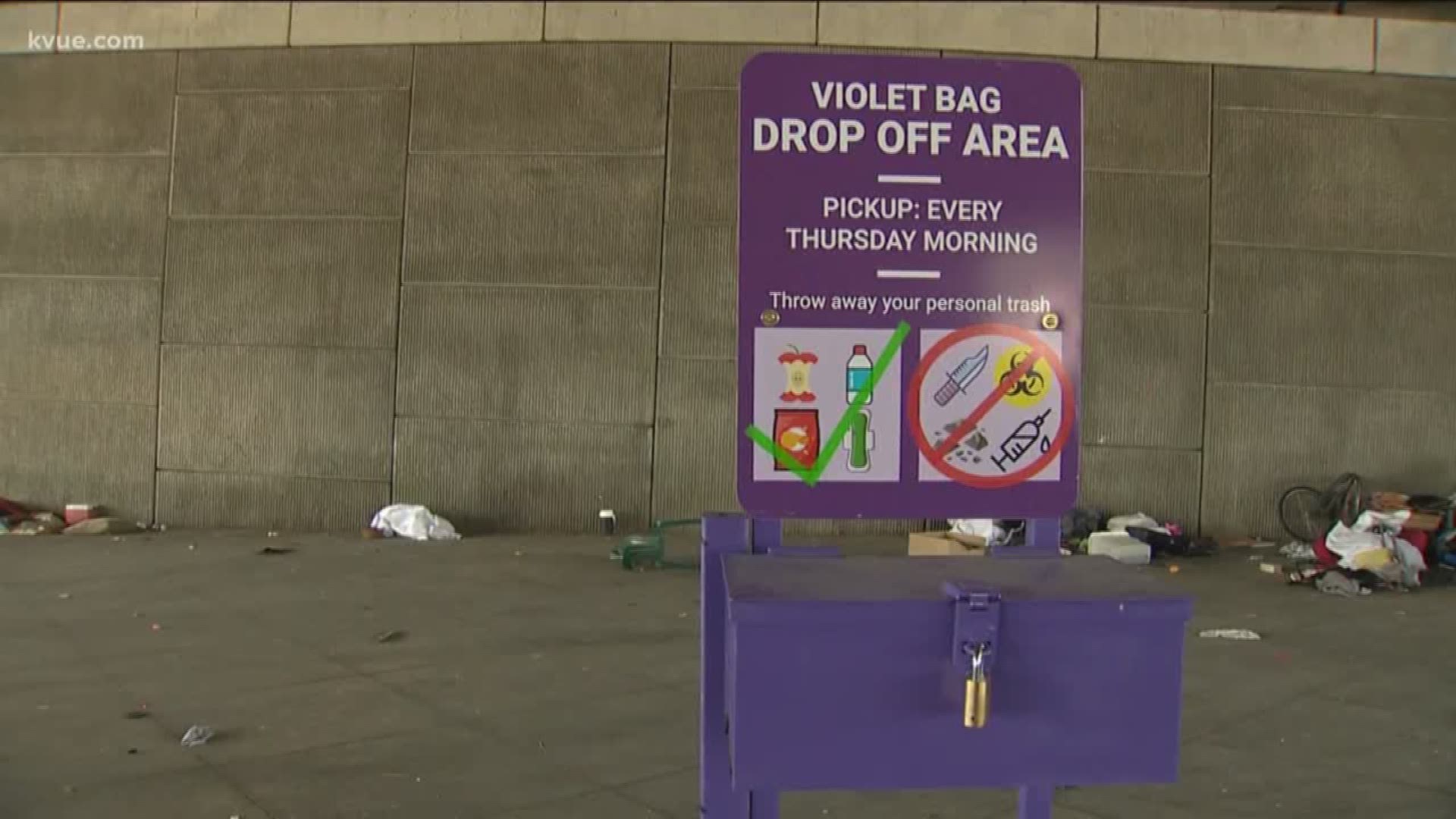 AUSTIN, Texas — The City of Austin is piloting a program to help keep homeless camps clean.

The Violet Trash Bag program started July 8 and is operating at four different locations throughout the city, including Highway 183 at Cameron Road, Highway 183 at Ohlen Road, Interstate Highway 35 at Cesar Chavez Street, and Highway 71 at Packsaddle Pass.

“It might just seem like a small program to collect some garbage, but it gives people some dignity and helps them make some connections, I think, that can really help them along the way,” said Taylor Cook, program manager for the City of Austin’s Service Design Lab.

“It’s just been a happy coincidence that the ordinances came out," Cook said. "We're seeing some changes around the city, but this project had been in the works for a while and I think we were ready to present some solutions to some of the challenges we might be facing.”

The bags are collected once a week by Austin Resource Recovery on existing routes. The only cost so far is the violet bags.

“Believe it or not, we use those bags to the fullest,” said one homeless man who remained unidentified at 183 and Cameron.

In fact, they were out of violet bags on Monday at this location.

“Every time they come, they need to refill it," said another homeless man at the same location. "If they want this pilot program to work, you need to work with us too, not just put it out there and say, 'OK, it's done now, now it's good.'”

The City said anywhere from six to 35 bags, and up to 95 pounds, have been collected from a single location in a single week. Cook said some of that trash is what homeless people help clean up in the areas surrounding the camps.

“Even just these small interactions that they might have with the City, I'm really hopeful that that builds momentum for them to engage even more in services and some of the other things that Austin's providing,” Cook said.

The City is looking to expand the program in future months, which would come with a higher cost.

But for now, they are reviewing 311 data to find out where the need is highest. If you’re seeing an excess of trash and debris in your neighborhood, you can report it to 311.