The camp isn't new, a park visitor said, but it has grown extensively. 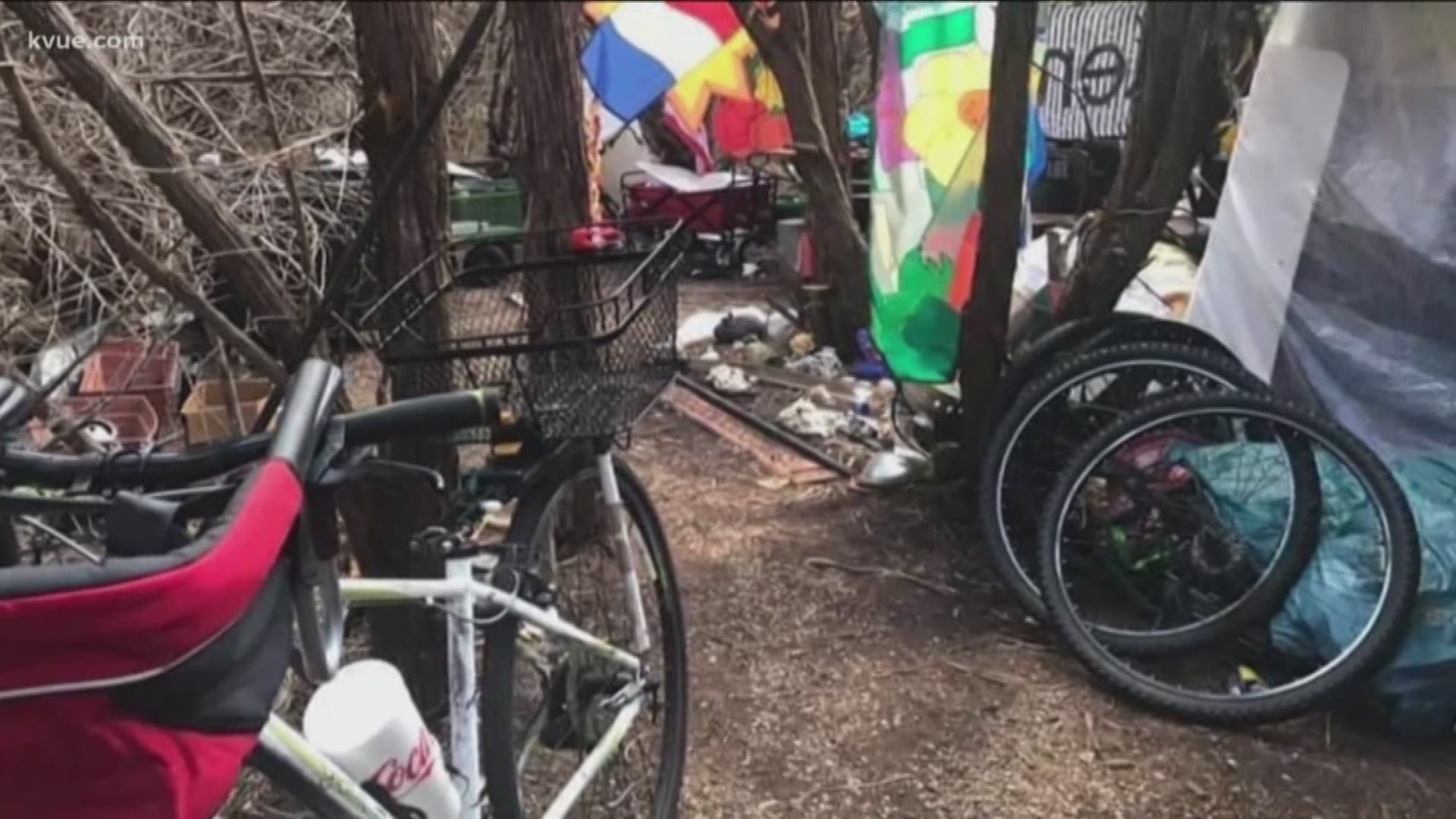 AUSTIN, Texas — Pictures of a homeless camp at a South Austin park have spread across social media, catching the attention of several city agencies.

The illegal camp, located at Mary Moore Searight Park on Slaughter Lane, isn't new, according to park visitor Chris Hyde, but it has grown dramatically.

"It was very small years ago, and since recently checking on it a few days ago, it has just completely grown in size extensively," Hyde said.

Hyde stumbled upon the camp on Sept. 25 while exploring a wooded area of the park with a group of students.

KVUE visited the park a couple of days later and found a lot of bike parts and trash on the ground, along with a sign warning visitors to mind their own business.

For some, like Heather Rivera, who runs at the park at least twice a week, the camp's existence is concerning.

"I think it's kind of scary, especially because I run out here alone," Rivera said. "They need somewhere to live, but it does kind of suck that it maybe hinders the park experience for people."

"It's just not something that I want to see in the parks as well as I want to bring and show the kids this is how we treat Austin," he said.

A spokesperson with the Austin Parks and Recreation Department sent KVUE the following statement regarding the homeless camp:

"Clean up at campsites is a collaborative effort between Austin Police Department, Integral Care, The Other Ones Foundation, and Parks and Recreation Department. When we get a complaint of a campsite, we inform the individuals that it is illegal to camp on the site and work to connect them to services from Integral Care. In order to be as compassionate as possible, PARD provides the individuals with a specific timeframe to leave the site. We make every effort to give as much kindness, dignity, and service as possible when cleaning up campsites on parkland."

Currently, crews are developing plans to clean up the site, which will likely begin next week, a spokesperson said.