Criminal offenses at the nearby library have increased since homeless people started camping in the area. 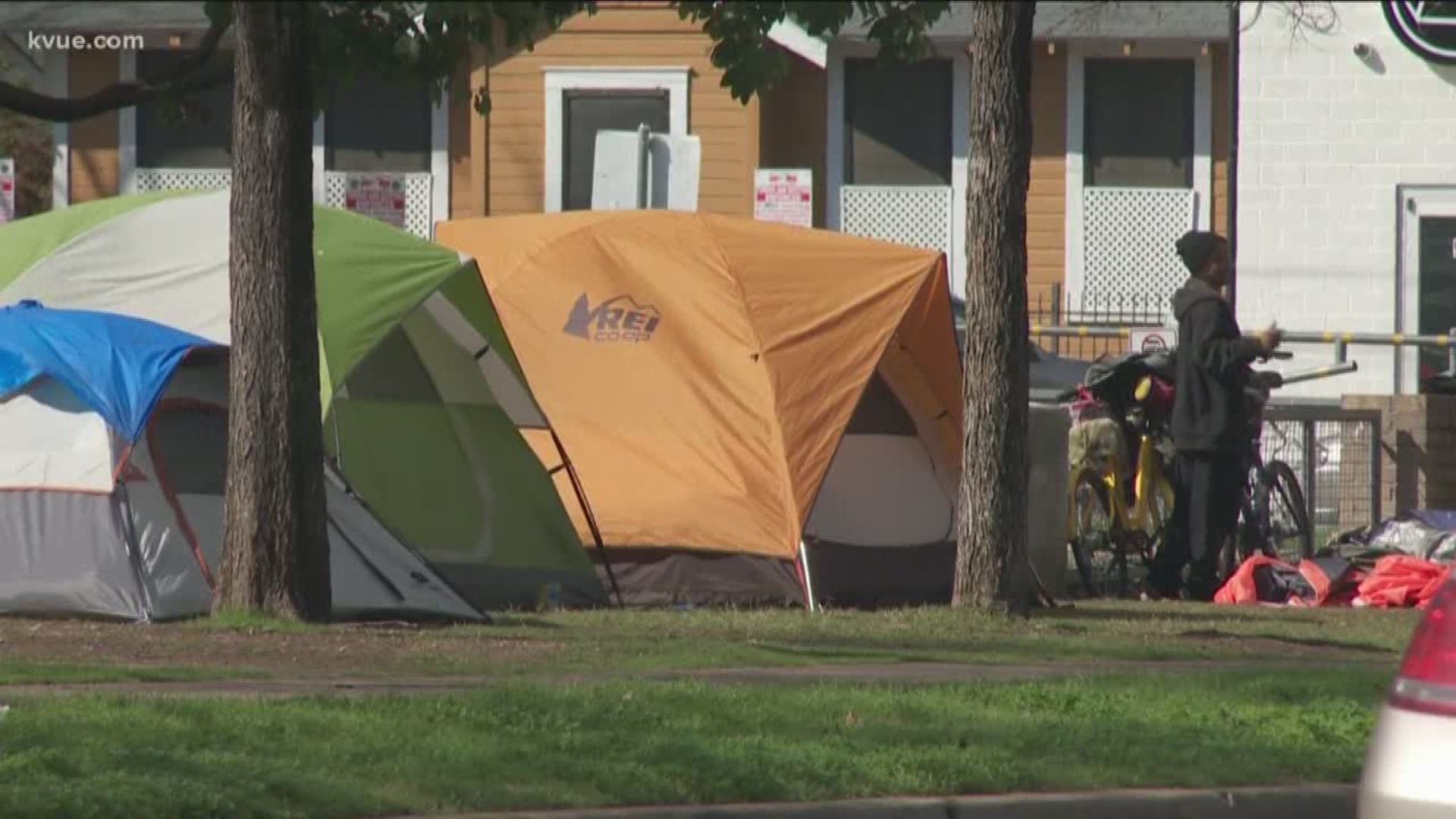 AUSTIN, Texas — A homeless camp on East Cesar Chavez Street is creating issues for some neighbors.

Some said there have always been homeless in the area near the Austin Public Library, Henry Terrazas Branch, at 1105 East Cesar Chavez Street near Waller Street. This is east of Interstate 35.

But those who work at the nearby Angel House Soup Kitchen said they have seen an increase since the cleanup started underneath the I-35 underpasses a few months ago. Many of them have ended up in their facility, where Cindy Smith is the director.

"It just happened within the last few months or so when they cleaned out from underneath the bridge, we just saw an influx of them moving over here and no one has done anything about it," she said.

She doesn't mind feeding the extra mouths – Smith said they feed around 300 people a day – but she's worried about the homeless camping on the sidewalk near the library.

"We know that there's children that go to the library over there," Smith said.

It's a concern that's echoed on Nextdoor. Neighbor Jennifer Conroy shared them with us. One read in part, "I live down the street and have a young daughter at home. My wife can't walk to the library with my daughter without being harassed."

But Conroy doesn't share these concerns. She has lived in the neighborhood since 2003.

"I think what happens is one story gets spread around and then all of a sudden, all of them are these violent criminals – and they're not," Conroy said.

We asked the City of Austin for attendance data to see if the homeless camps have affected the library.

We also asked the City for the total number of criminal offenses at the branch in the past five years.

Megan Dollar is a ballerina who walks past the homeless camp two to four times a week to get to her dance studio. She said she has mixed emotions.

"I'm kind of torn because, you know, they are human too, they shouldn't be treated like dogs or just shoved somewhere, but at the same time I've seen a lot of people be borderline harassed," Dollar said.

A City spokesperson said the camping ordinance doesn't exempt library properties, so as long as the homeless aren't blocking access to the building or violating policies, they're allowed to be on the property.

The spokesperson also said the library has tasked full-time custodial staff to keep the outside and inside clean.