He said he works a few jobs. One of them is charging scooters next to where he lives, which is on a bench in Downtown Austin. 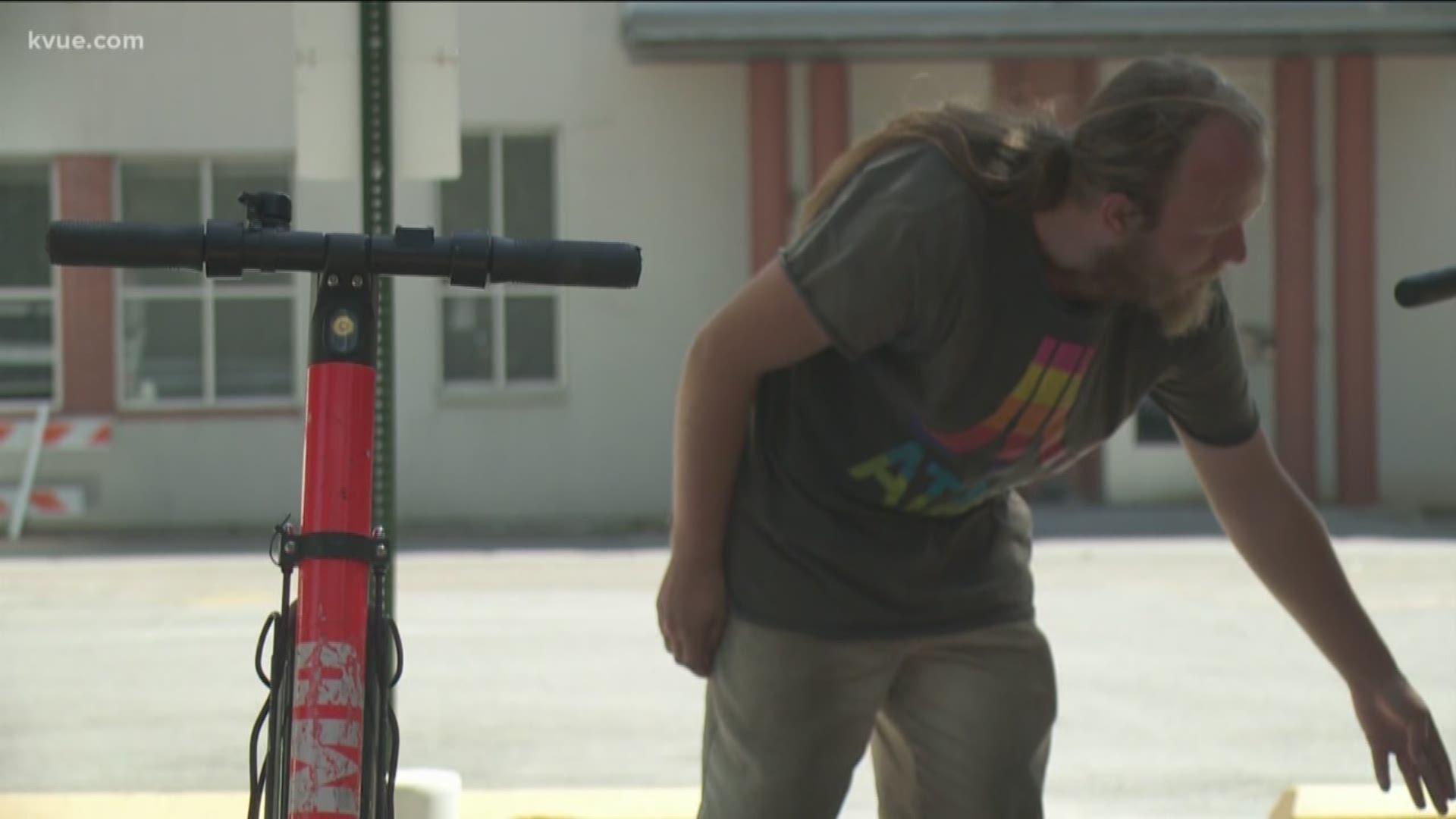 AUSTIN, Texas — Shane Dillingham said he works a few different jobs. One of the jobs is charging scooters overnight.

He said the companies give a few chargers for free to get people started.

"Then they give you access to the charger side of their app or a dedicated app for chargers," said Dillingham. "On the map, it just shows which scooters need charging. You go get one, you scan it in, you ride or push it to wherever you’re going to charge."

For Dillingham, he isn't charging the scooters at a house. He's charging them next to a bench in downtown Austin. He said that's where he lives.

"I don’t have a home. I’m out on the streets, this is where I sleep," said Dillingham.

Dillingham said he's been homeless for about eight years.

'My life has been turned upside down.' Riders suing scooter companies speak out

"Things just keep on just falling apart every time they feel like they’re getting good," he said.

Dillingham said he moved to Austin around two years ago in hopes of landing a job in the tech field.

He said charging scooters using the public outlets downtown help him earn some money while he works on his portfolio.

"I try to be productive every day. I don’t like sitting around every day. I like to make things. I like to fix things. Who doesn’t like making money," he said, explaining he makes around $40 a night.

Police said they don't believe they have ticketed someone for using a public outlet to charge scooters.