The group says the alternative is cheaper and can hold more people. 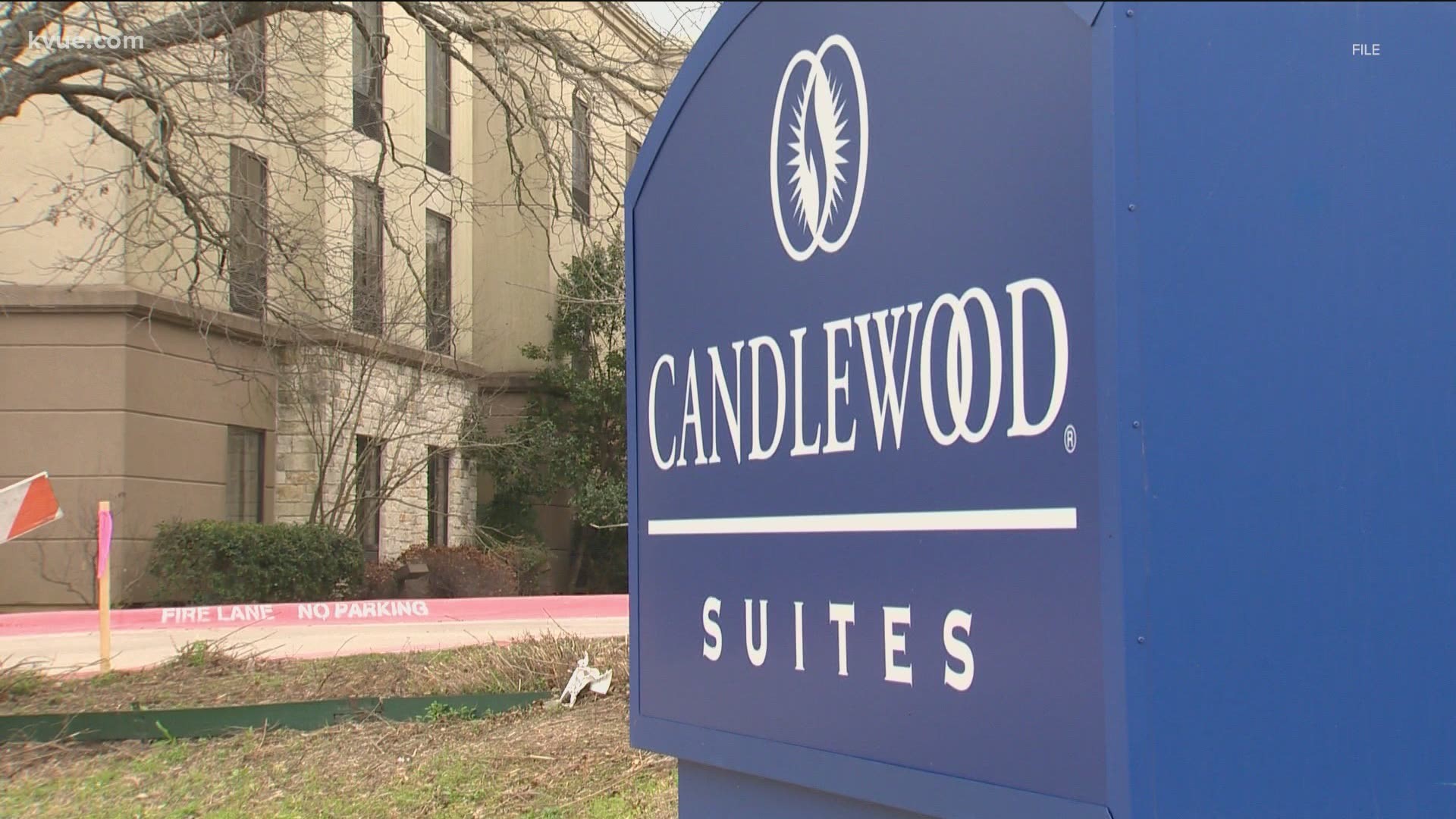 AUSTIN, Texas — A group that's trying to stop the City of Austin from using one hotel as housing for the homeless announced the Hilton Austin Airport hotel as an alternative option. The announcement comes as Austin City Council members are moving toward purchasing the Candlewood Suites hotel.

The Hilton Austin Airport hotel is located at 9515 Hotel Drive, right next to the Austin-Bergstrom International Airport. The Candlewood Suites hotel is within the Austin city limits, but it also lies in Williamson County.

The pending purchase of Candlewood Suites has been upsetting residents, business owners and leaders in the county. "Stop Candlewood" – a coalition of families, businesses and community members – announced Wednesday morning that the Hilton Austin Airport hotel could serve as a different location for the City of Austin to use.

The coalition said the Hilton Austin Airport hotel is cheaper and coalition member Rupal Chaudhari said it "could serve three to four times as many people as the Candlewood Suites."

The Hilton Austin Airport hotel, however, sits on airport property in the AO-1 zone that prohibits all residential use.

As a part of establishing the airport at its current location, the City submitted plans to the federal government for approval that would limit exposure to sound. Hotels, and other temporary uses, are less restricted than full-time residential housing, and the restrictions adjust based on proximity to the airport. Those rules were established under the Aviation Safety and Noise Abatement Act of 1979.

On Thursday, the Austin City Council is scheduled to discuss moving forward with the purchase of Candlewood Suites for $9.5 million, a $50,000 increase from the last time it was discussed by the council. Read that resolution.

Previously, the item was brought to council by the City's Real Estate Services department. This time, it was brought to the agenda by Mayor Steve Adler, with co-sponsors Greg Casar, Paige Ellis and Vanessa Fuentes.

On Tuesday, Williamson County Judge Bill Gravell again threatened legal action against the City if it continues moving forward with the purchase.

Gravell expressed concern about a letter he received from Adler and four other council members, pledging "collaboration in hope that we may work closely together moving forward on a shared approach to the challenges of homelessness that affect our region."

"They have chosen again not to communicate with Williamson County. I want to be unequivocally clear, Mr. Mayor. If you choose to continue to go down this path, you are forcing Williamson County to do something and to hold you accountable," Gravell said during the commissioners court meeting before asking the County's legal team to prepare the work necessary by next week.

Thursday is also when the Austin City Council could discuss the possibility of designated homeless campsites.

Austin's homeless strategy officer has asked for more guidance on where those who are experiencing homelessness can legally go in the city. That's because, starting Sunday, police officers can start giving written warnings to those who are violating the new camping ordinance.