The letter came on the same day councilmembers are set to vote on purchasing Candlewood Suites, a hotel located near State Highway 45 and U.S. 183. 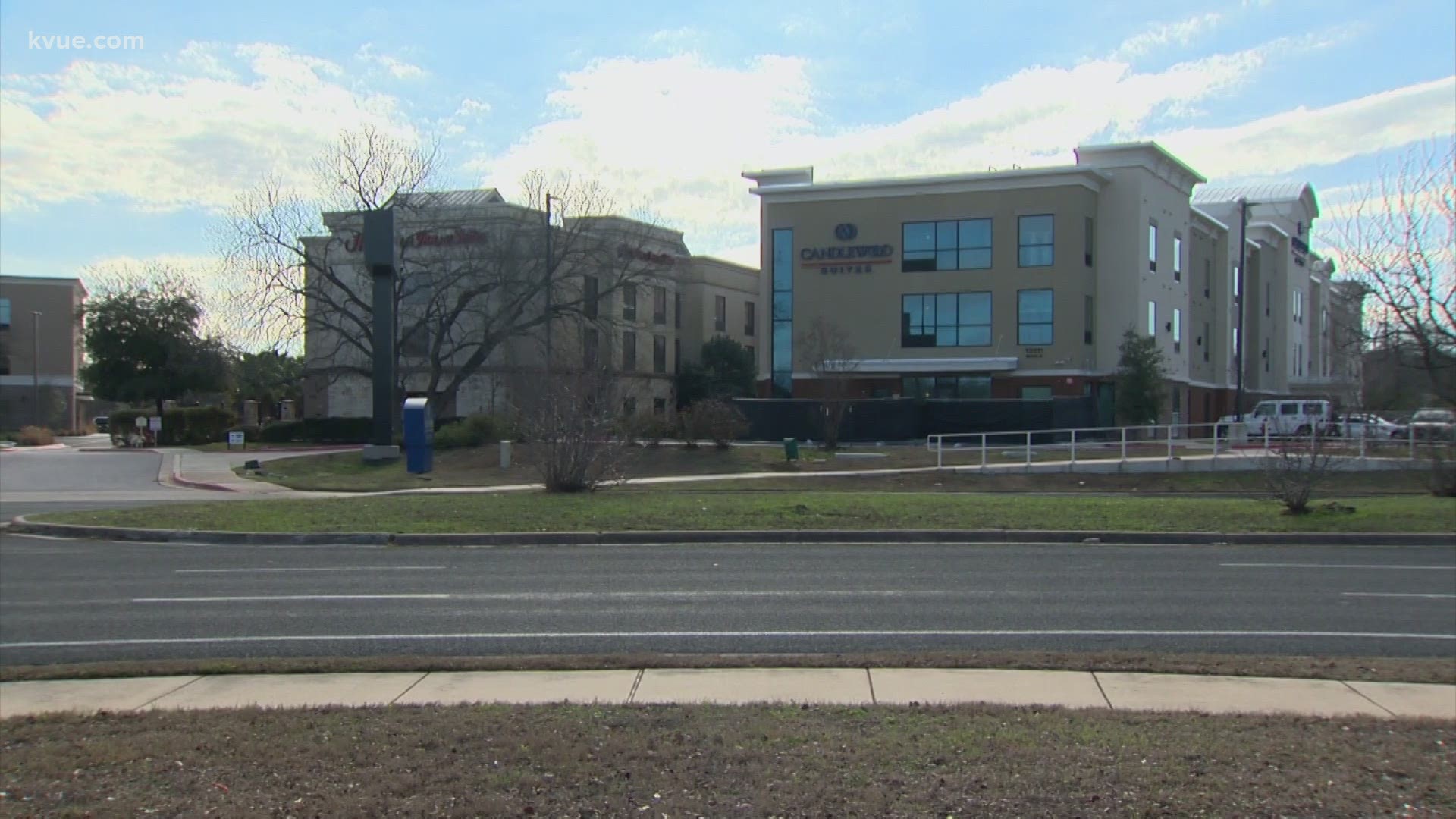 AUSTIN, Texas — A new hotel Austin City Council plans to purchase to house the homeless is particularly controversial. The hotel, which is technically located in Williamson County, has now resulted in proposed legislation, a state senator said.

State Sen. Charles Schwertner (R-Georgetown) said he has drafted laws aimed at Austin's response to homelessness, including "advance notice and approval by a county commissioners court" before a city can develop housing projects, according to KVUE and Austin American-Statesman's Tony Plohetski. The senator addressed Austin Mayor Steve Adler in a letter sent to Austin councilmembers on Feb. 4.

"I write today to express my strong opposition to the Austin City Council's proposal to purchase a hotel in Williamson County for the purpose of relocating homeless individuals from other parts of Austin," he said at the start of his letter.

The senator said he has drafted several pieces of legislation to be considered during the legislative session "in response to the troubling lack of candor and communication from the City of Austin."

He said he plans to bring a bill to the legislative session that would require advance notice and approval by a county commissioners court before a city is permitted to develop new housing projects to serve those experiencing homelessness. He said the legislation would require coordination between cities and counties to ensure that appropriate resources such as health care, public transportation, mental health services, security and job training programs would be available for the individuals being served.

This is his letter, addressed to Austin Mayor Steve Adler. pic.twitter.com/TAorKmw4rZ

The letter came on the same day councilmembers are set to vote on purchasing Candlewood Suites, a hotel located near State Highway 45 and U.S. 183. This would be the second hotel the City of Austin buys in 2021. Austin City Council recently voted to buy the Texas Bungalows Hotel and Suites in North Austin for up to $6.5 million.

Williamson County commissioners said they were surprised by the council's plan and asked for a six-month delay in the decision so they could contribute feedback on the purchase.

Sen. Schwertner expressed support for the delay in his letter.