Candlewood Suites: Protesters rally against hotel for the homeless

Some residents and business owners in northwest Austin are protesting the purchase, saying they have safety concerns. 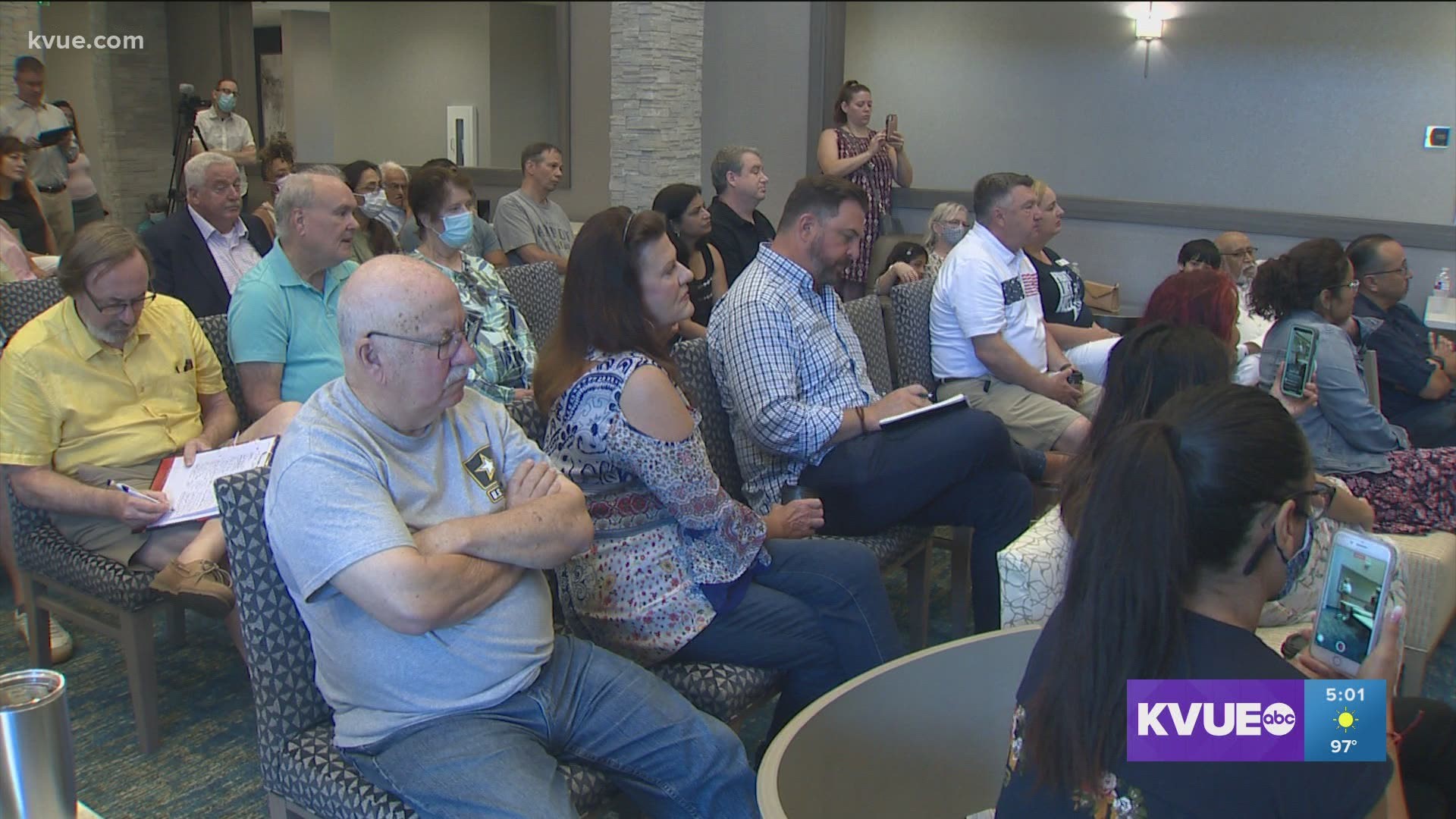 AUSTIN, Texas — People who are against the City of Austin's purchase of a hotel to house the homeless are planning to share their opposition on Saturday morning.

The gathering is planned to start at 10 a.m. near the Candlewood Suites hotel. "Stop Candlewood" supporters will give members of the community an open mic at the town hall event.

Some residents and business owners in the area are protesting the purchase, saying they have safety concerns.

Some Williamson County leaders are also unhappy with the purchase because they were not involved in the discussions. The Candlewood Suites hotel is within the Austin city limits, but it also lies in Williamson County.

Last month, the Austin City Council discussed moving forward with the purchase of Candlewood Suites for $9.5 million, a $50,000 increase from the last time it was discussed by the council. Read that resolution.

Williamson County Judge Bill Gravell has threatened legal action against the City if it continues moving forward with the purchase.

Gravell expressed concern about a letter he received from Austin Mayor Steve Adler and four other councilmembers, pledging "collaboration in hope that we may work closely together moving forward on a shared approach to the challenges of homelessness that affect our region."

"They have chosen again not to communicate with Williamson County. I want to be unequivocally clear, Mr. Mayor. If you choose to continue to go down this path, you are forcing Williamson County to do something and to hold you accountable," Gravell said during the commissioners court meeting before asking the County's legal team to prepare the work necessary.