The lawsuit is seeking to stop the sale of the hotel to house the homeless. 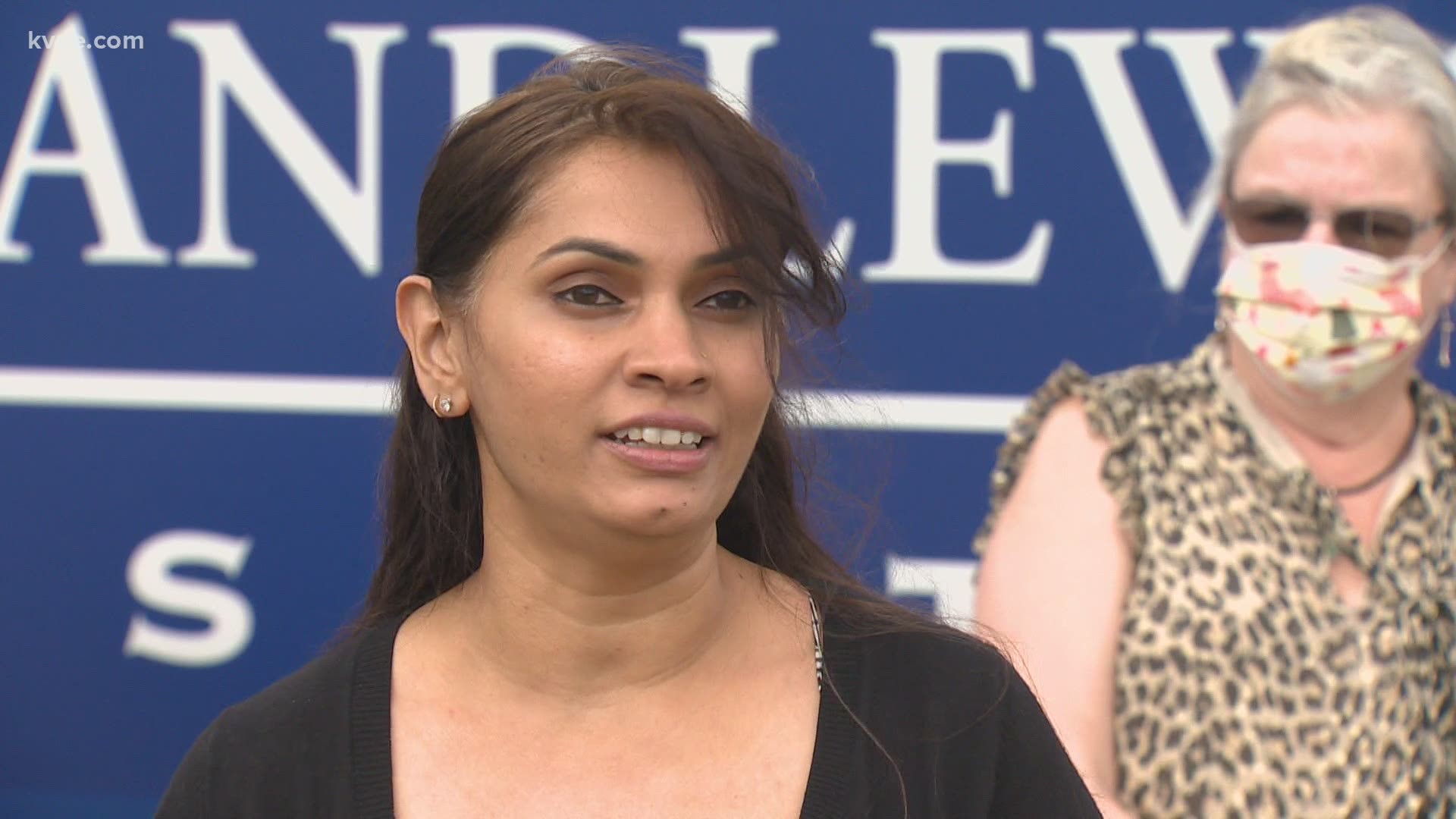 AUSTIN, Texas — A lawsuit has been filed against the City of Austin in an attempt to stop the sale of the Candlewood Suites hotel, which the City intends to convert into a supportive housing facility for Austinites experiencing homelessness.

Lawyer and Hampton Inn and Homewood Suites CFO Rupal Chaudhari said her “Chaudhari Partnership” business filed the suit on Thursday, seeking injunctive relief, monetary relief and a declaratory judgment preventing the finalized purchase “without proper notice and compensation for the loss of value of its properties and easement.”

“The City has engaged in a regulatory taking, constitutional due process violations and is in violation of deed restrictions on an easement jointly held with Chaudhari Partnership,” Chaudhari said in a release.

Candlewood Suites is located near State Highway 45 and U.S. 183 in Austin and partially in Williamson County. It is adjacent to Chaudhari's business.

Williamson County leaders have said they were caught off guard when they learned the Austin City Council was even considering buying Candlewood Suites to house the homeless at the end of January.

Commissioners asked Austin councilmembers to delay the purchase and vote by six months so they could have more time to work with Austin leaders and discuss the matter.

But on Feb. 4, the Austin City Council bought Candlewood Suites for up to $9.5 million, making it the fourth hotel Austin plans to use to house the homeless. The City is now in a 90-day due diligence period.

In addition to Thursday’s lawsuit, Williamson County commissioners gave the green light to their general counsel to start interviewing law firms last month, propelling the county toward a lawsuit against the City of Austin, including the potential involvement of Texas Attorney General Ken Paxton.

“Negotiating in secret, never engaging citizens and taxpayers until the deal is essentially complete, disregarding community feedback and taking a pre-determined vote – that is not how any trustworthy City or organization operates,” Chaudhari said. “Their behavior and current process is more than unprofessional – it’s irredeemable.”

Chaudhari questioned why the community where Candlewood Suites is located, among the largest concentrations of Asian Americans in Austin, was targeted.

A City of Austin spokesperson released the following statement in response to the lawsuit:

“The City has not been served with the lawsuit yet. We are in the process of performing our due diligence in order to purchase the hotel. The plan is to convert the hotel into apartments, which will provide permanent supportive housing for individuals who were formerly unhoused. It will not be a shelter for individuals experiencing homelessness – it will be a permanent home for our neighbors."

Meanwhile, State Sen. Charles Schwertner said he filed legislation last month that would require notification and coordination between the County and the City when it comes to addressing homeless housing projects.

"I've spoken directly with leadership, including the representative of this region, the commissioner, City Council people – unlike the mayor of Austin, who did not engage anybody in Williamson County prior to passing this in their city council on a 10-1 vote," said Schwertner.

Austin City Council also voted in February to buy the Texas Bungalows Hotel and Suites in North Austin for up to $6.5 million, making it one of the four hotels the City has purchased.