The hotel is technically located in Williamson County. 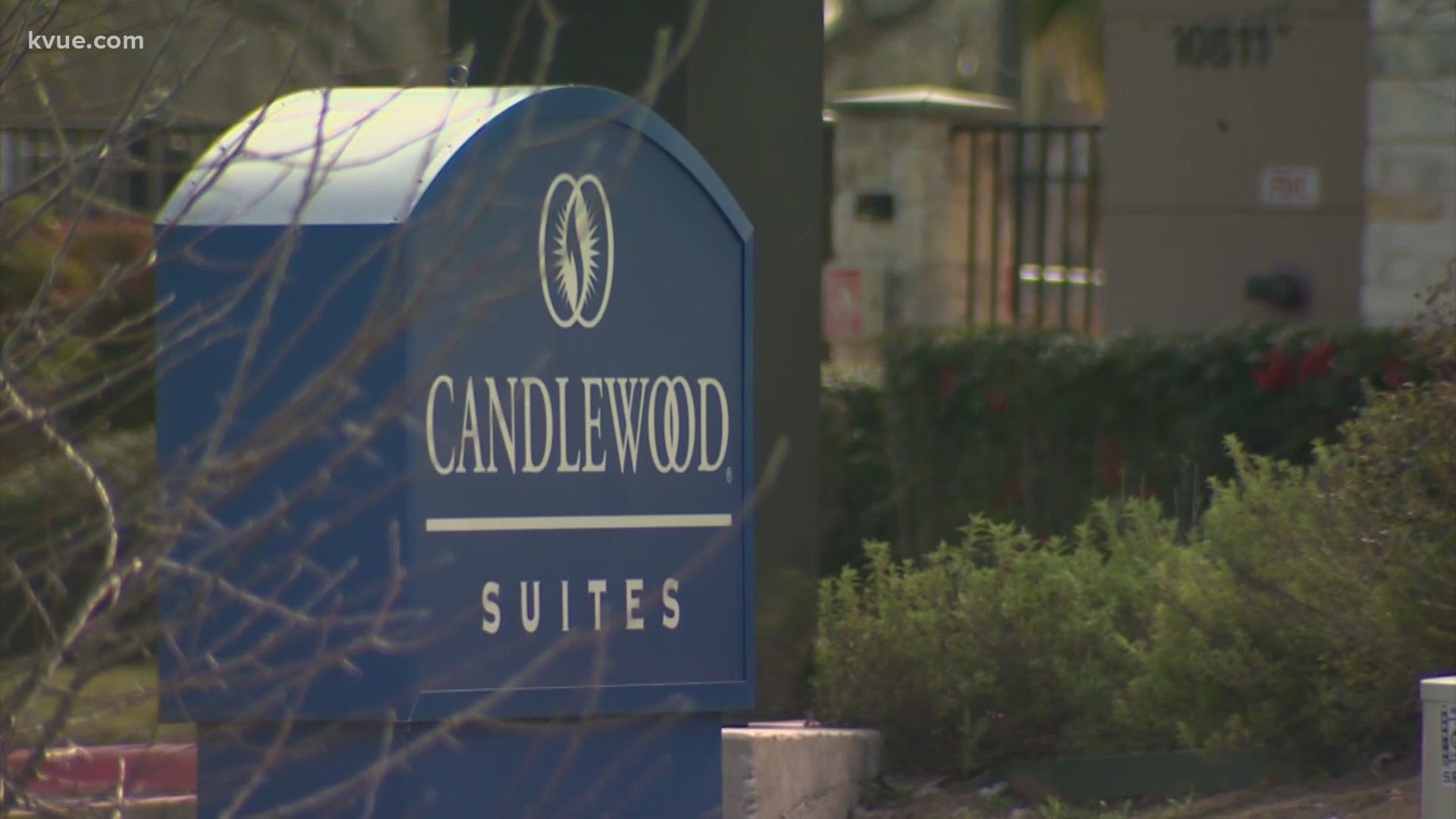 AUSTIN, Texas — Williamson County leaders say they were caught by surprise about Austin City Council's plan to buy a hotel to help get people off the streets. Now, they're asking Austin to delay its decision to buy Candlewood Suites to house the homeless.

The Williamson County Commissioners Court asked at a Tuesday, Feb. 2, meeting for a six-month delay in the decision, according to KVUE's media partners at the Austin American-Statesman. The hotel, which is situated near State Highway 45 and U.S. 183, is technically located in Williamson County. Austin City Council is scheduled to vote on Feb. 4 on buying the hotel.

This would be the second hotel the City of Austin buys in 2021. Austin City Council recently voted to buy the Texas Bungalows Hotel and Suites in North Austin for up to $6.5 million.

'We don't know what the plan is' | Neighbors, businesses push back against hotels to house the homeless

Commissioners reportedly said they had not learned the Austin City Council was considering purchasing the $9.5 million Candlewood Suites until Jan. 29 and they would like to assess the possible effects of the purchase. The purchase, according to the commissioners court, affects Williamson County, Round Rock ISD, Bluebonnet Trails and the Williamson County and Cities Health District.

People who attended the commissioners court meeting expressed their concerns, some saying they think lawmakers are pushing Austin's problems into other areas. KVUE previously reported business owners and neighbors are pushing back against the plan to buy the Candlewood Suites.

AMBER Alert: Police in N. Texas are looking for this 2-year-old boy and man accused of taking him