This comes after Gov. Greg Abbott announced a designated homeless camping area away from downtown. 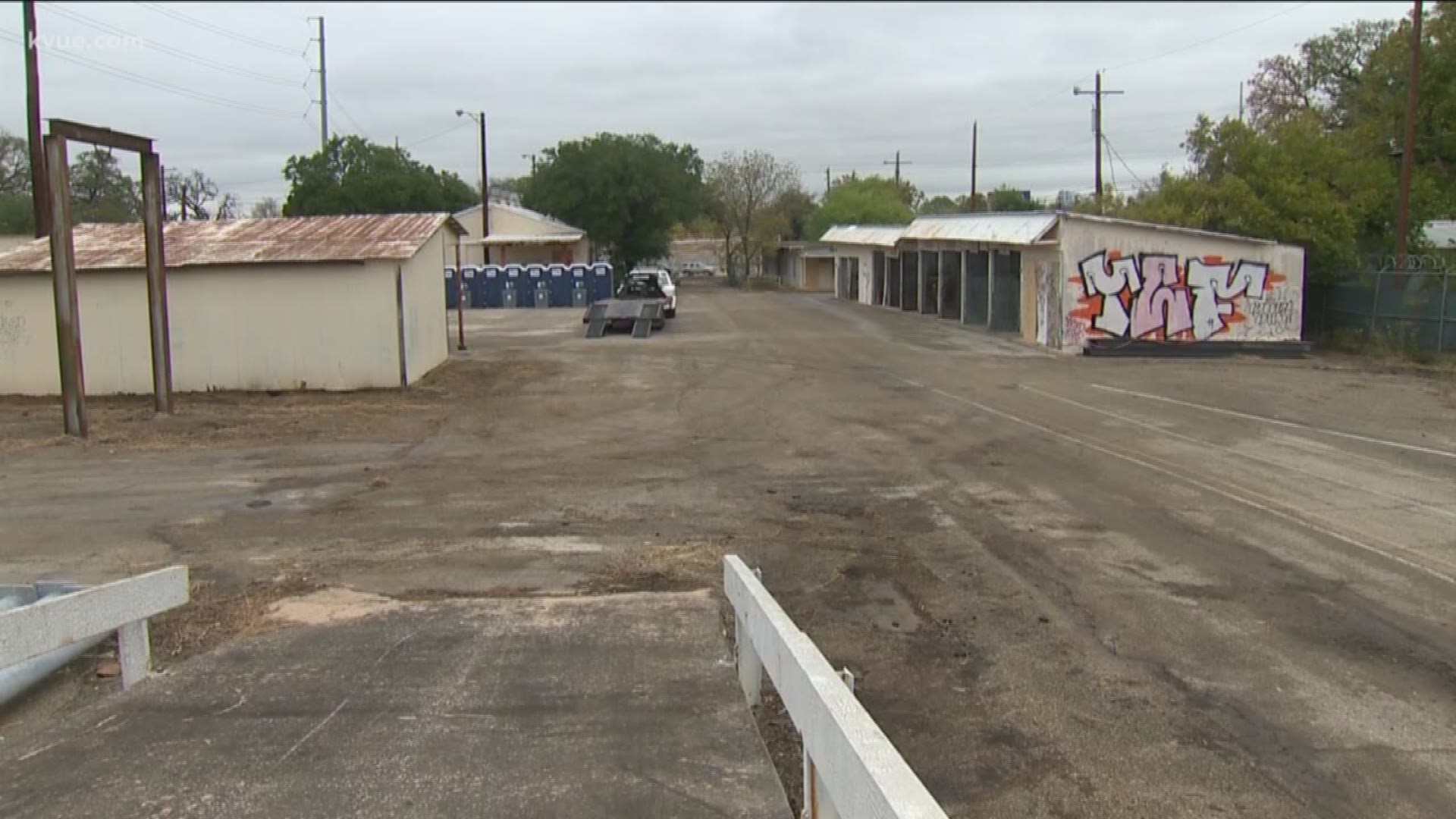 Gov. Greg Abbott announced Nov. 7 that the State of Texas has officially opened an area in Austin where homeless people can camp temporarily. The designated area is located on more than five acres of land near Highway 183 and Montopolis.

A spokesperon for Capital Metro told KVUE that day that the State of Texas requested help with transportation to the new camping area.

CapMetro is providing "comfort buses" to transport people to the area, but not a specific route in service. A spokesperson also said that CapMetro usually does have a route that runs to that location, but it is not available at this time due to construction in the area. It should become available again in January.

But, several days later, CapMetro said it was asked to have buses at West Gate at noon on Nov. 13 to transport anyone who wanted to camp there. At the time, CapMetro said this is the only existing request from the State.

On Nov. 13, CapMetro said the request is now for Wednesday, Thursday and Friday.

“We are always ready to support our partners with transportation needs, including the state," said CapMetro. "In this case, over the next few days, we were requested to stage a bus at TxDOT clean up sites in case anyone wants to go to the encampment site”

State Spokesperson John Wittman told KVUE that area is the closest to downtown the State has available.

"The state-provided location includes portable restrooms, hand-washing stations, and comes with commitments from local charities to deliver food multiple times during the day," Wittman said. "This location will provide access to healthcare providers and homeless caseworkers to provide care for the homeless."

Here is a map of the designated camping area: 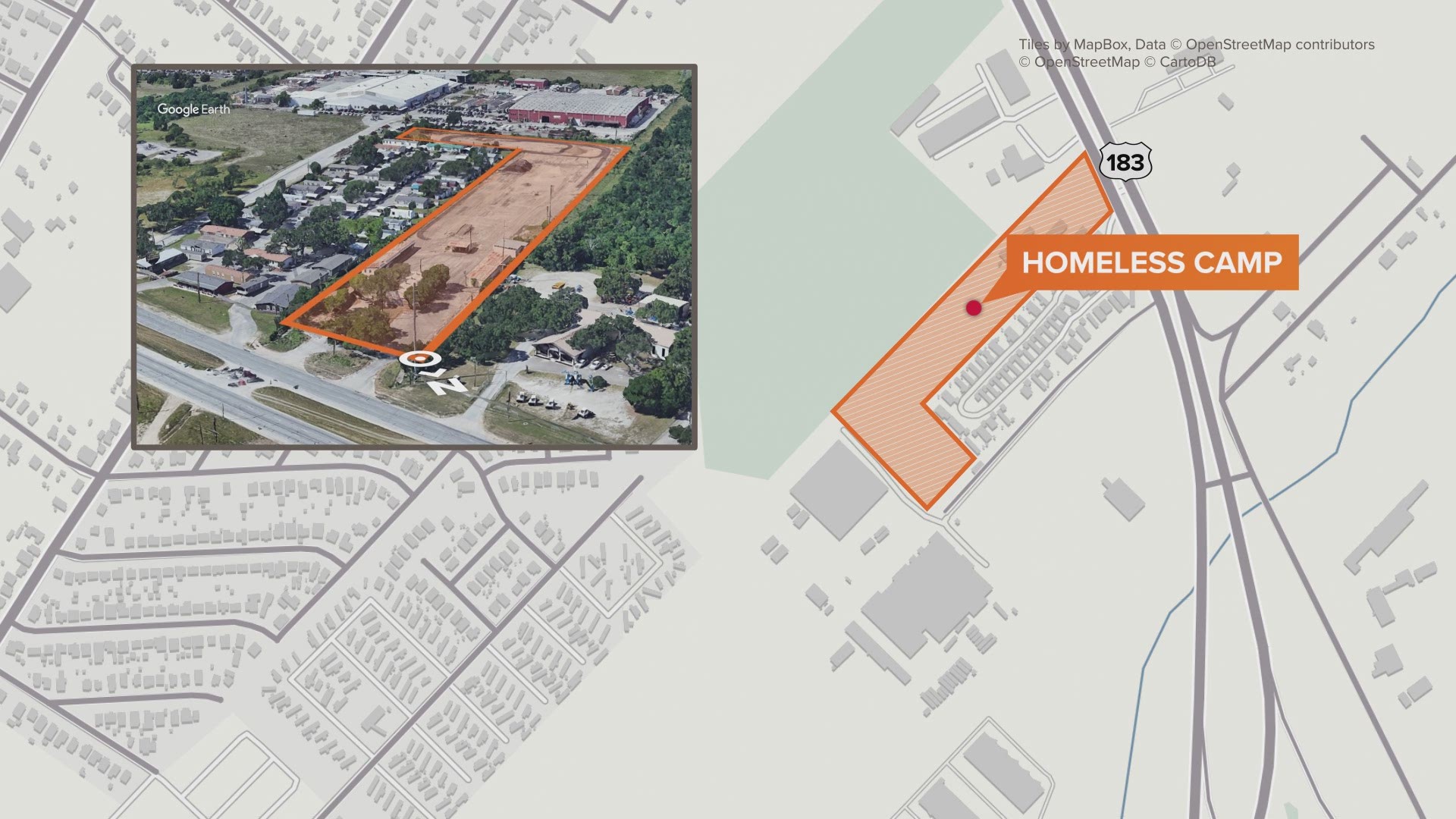 A new coalition is looking to raise $14 million in private funds to support Austin's homeless population by opening a new shelter, storage facility and a family reunification program. Until that shelter opens, Wittman said this is the location where the homeless can camp. DPS will be there to provide security as well, Wittman added.

"Governor Abbott applauds the Austin Chamber of Commerce, the Downtown Austin Alliance, and all who are supporting ATX Helps for their substantial effort to provide shelter and care for the homeless in Austin. Until that shelter opens, the State of Texas is providing a temporary location for homeless to camp," Wittman said.

Officials said they have begun posting fliers and notifying all area shelters about this location so people who could possibly be in need are informed.

State Rep. Eddie Rodriguez, who represents East Austin's and southeast Travis County's District 51, said he was concerned for his constituents living in the area.

"The surrounding communities are primarily Hispanic and exist in one of the most historically underserved parts of Austin," Rodriguez said in a statement on Nov. 7. "We all must do our part to solve this issue, but it is imperative that these communities are involved in the conversation."

This all comes after the Texas Department of Transporation started cleaning up homeless camps in Austin.

On Nov. 6, Abbott shared before and after photos on Twitter of the TxDOT cleanup.

Amanda Grasty wiped away her tears as TxDOT crews cleaned up underneath Interstate Highway 35 last week.

Grasty told KVUE she knows homeless camps can be an eyesore, but she didn't know where to go.

"I understand. It does look bad, in some ways – the homeless people and the trash. But where are we going to go? We can't come to y'all's houses," said Grasty.