This all comes after the Austin City Council voted in June 2019 to lift a ban on camping, sitting and lying on public streets. 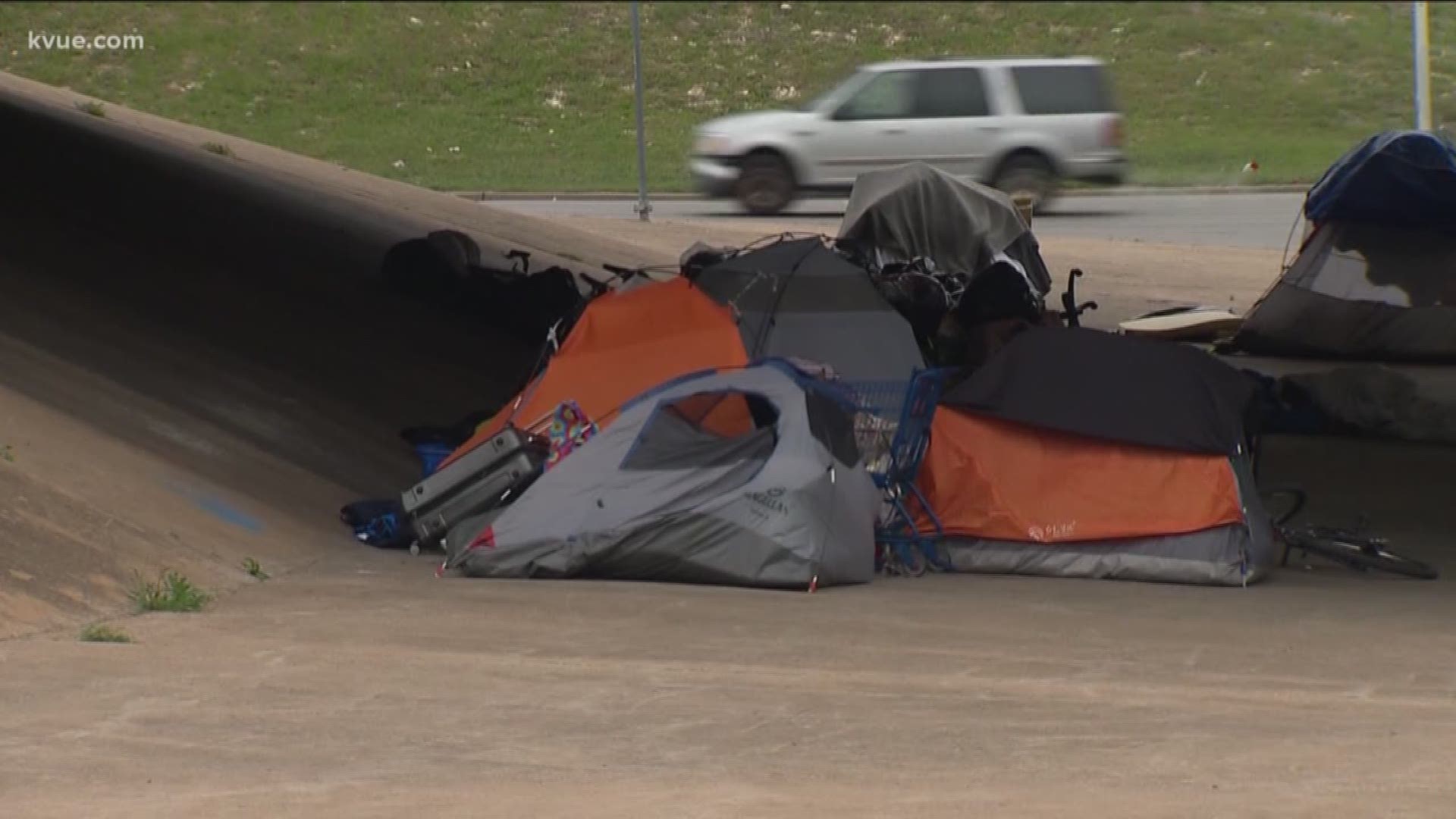 AUSTIN, Texas — An Austin nonprofit wants city leaders to reinstate the camping ban for the homeless.

Save Austin Now started a petition to put an item on the November ballot to ban camping on Austin streets.

According to Matt Mackowiak, co-founder of Save Austin Now and chairman of the Travis County GOP, the nonprofit's ordinance has three parts:

Mackowiak added that the current ordinance is "failing our city," and that the nonprofit's goal is to get 20,000 signatures by mid-July to get on the November ballot.

This all comes after the Austin City Council voted in June 2019 to lift a ban on camping, sitting and lying on public streets. After backlash from the public and Gov. Greg Abbott, the city council revised the rules, but there are still homeless camps around the city.

"There is absolutely no debate that Austin is less safe under the disastrous homeless camping ordinance that took effect July 1st of last year," said Mackowiak. "The Mayor and City Council refuse to admit their mistake, so it is up to the citizens to fix their mess. We are proposing that our city go back to where it was in June, before Council Member Greg Casar pushed through the homeless camping ordinance without considering the risks posed to public safety, public health, tourism and the image of Austin. In the meantime, worthy public and private efforts will continue to increase housing, shelters, and encampments for homeless individuals in Austin."

"All you have to do is open your eyes and see what's happened around you," Casaday said.

Casaday said the Austin Police Association supports this coalition's cause.

"It's only fair to the citizens, and it's only fair to the homeless individuals. It's no way to be treated living out in the woods like they are now," said Casaday. "We've had fires. We're closing down major highways today to clean up homeless camps. So this is a bigger and bigger issue every day."

Joell McNew, president of SafeHorns, also said the coalition that focuses on improving safety on and around UT will be backing Save Austin Now's efforts.

"Mayor Adler has done nothing for the UT Austin students regarding safety," said McNew. "This is impacting the quality of life not only for Austin, but for our students. The issue that we have is there is no seat at the table for the community."

KVUE reached out to Mayor Steve Adler's office for response. The office did not have a response to the new coalition because the mayor is out of town.

KVUE also reached out to Austin Councilmember Greg Casar. He released the following statement on Monday:

“If the Travis County GOP Chair wants to spend a lot of money, time, and energy on a hurtful campaign that will do nothing to decrease our homeless population, that’s certainly his choice. But if Gov. Greg Abbott and the GOP Chair truly cared about public safety and public health in Austin, they would be working with the Austin City Council to provide housing and services to people experiencing homelessness. Unfortunately, it seems clear that they are committed to making matters worse.”

WATCH: Crews begin cleaning up camps near the ARCH