The hotels being discussed for purchase are the Candlewood Suites and Texas Bungalows Hotel & Suites. 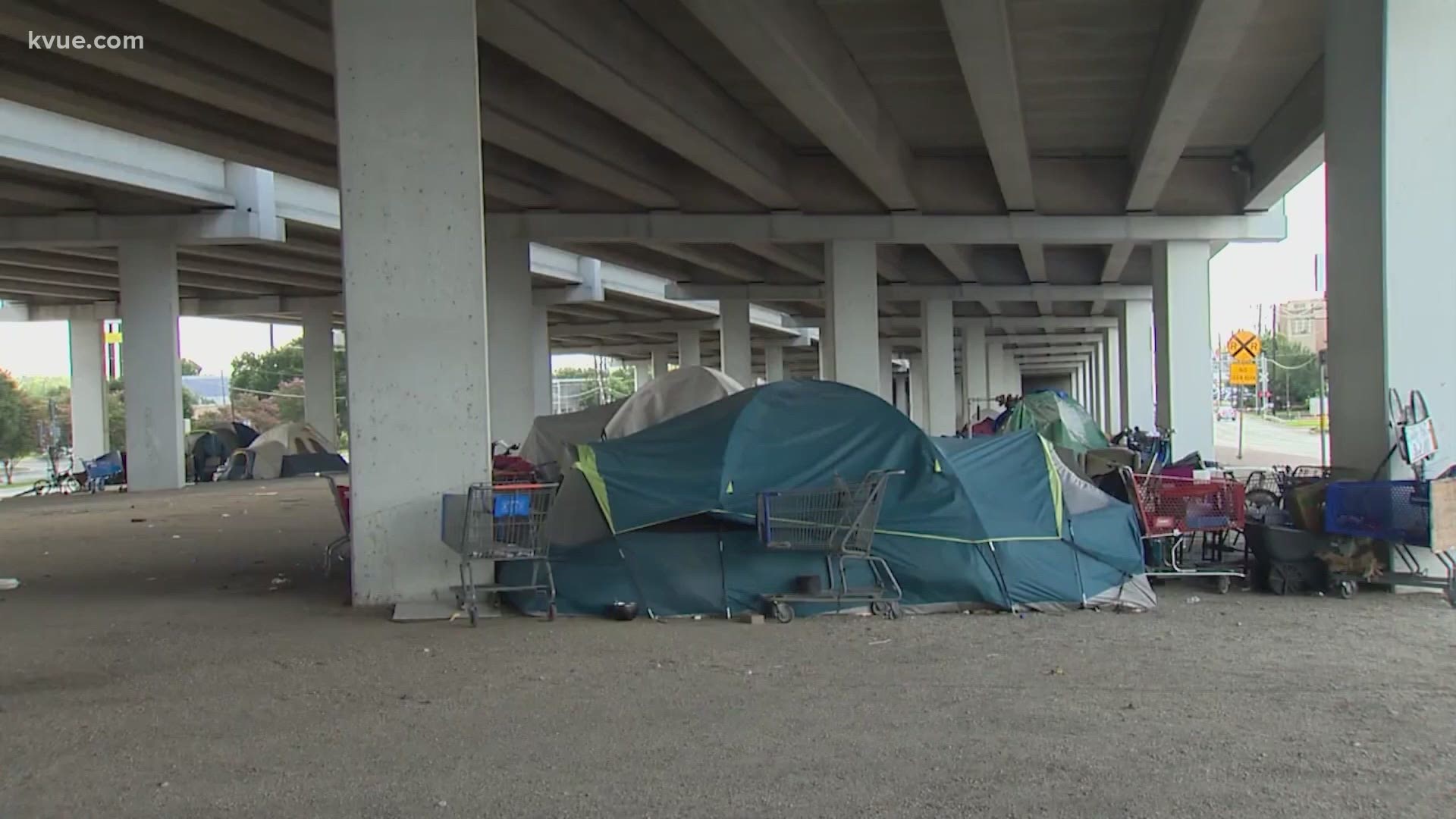 The hotels reportedly in discussion for purchase are the Candlewood Suites for $9.5 million and the Texas Bungalows Hotel & Suites for $6.7 million.

Additionally up for discussion is an item allowing the City to lease the Candlewood Suites prior to purchase "for emergency housing, isolation, and support services related to COVID-19 for a 30-day term, with an option to extend for three additional 30-day terms," which would cost up to $699,200.

"This is how we pull hundreds of people off the streets and into housing," said Austin City Council Member Greg Casar. "We reinvested dollars from the police department into solutions like this, so that we can have fewer people living under bridges and in creeks. Only homes can solve homelessness."

The City owns two hotels, initially set to be used to house the homeless. Currently, those hotels, along with three others the City is leasing, are acting as ProLodges. ProLodges help house those who are homeless and at high risk for COVID-19 complications.

"These hotels critically come with the level of mental health care, case management and job services that we need so that we can actually pull people out of homelessness, pull people out from under a bridge into one of these hotels and then actually connect them to stabilizing their lives," Casar said. "And we've seen real success for that with the hotels that we purchased last year."

A City spokesperson sent KVUE this update regarding the ProLodges:

"As part of the COVID-19 emergency response, there are currently over 200 guests sheltering across 5 ProLodge locations, with that number changing daily as people exit and other people enter the facilities. A large number of individuals have exited with assistance moving into safe housing – close to 150 people, including 76 since the beginning of December. The 5 ProLodges have total occupancy of approximately 300 rooms, and a large number are currently being cleaned, repaired and made ready for the next ProLodge shelter guests."

According to Casar's office, the funding for the initial purchase of these hotels comes out of Housing and Planning Department 2018 General Obligation Bonds, while funding for operations and services of the hotels is expected to be provided from Austin Public Health, using the additional $6.5 million added to the Fiscal Year 2021 budget to address homelessness during the city council’s move to reimagine public safety.

Casar said, if purchased, the hotels will add about 150 new homes for those who are homeless.

"I think there's a real consensus in the community that we have to do something," Casar said. "I've oftentimes heard and agree that we, the City, moves too slowly on addressing urgent issues like this and that we can hopefully get this passed on Wednesday."

City Council Member Mackenzie Kelly, the representative of the district one of the hotels is located in, pulled the items related to the purchase and the lease for further discussion, according to KVUE's media partners at the Austin American-Statesman.

"Today during Council work-session I proposed a week-long delay on the purchase of a hotel in District 6 (item 31) in order to solicit meaningful input from the community.

Housing is important for our homeless community but residents and business owners nearby also deserve to have their voices heard.

This delay will allow the city and community to work hand-in-hand to better understand the uses of the property."

Save Austin Now is a nonprofit that recently submitted a petition that it says has more than 30,000 signatures in favor of putting reinstatement of the homeless camping ban on the May ballot. Co-founder Matt Mackowiak told KVUE Monday that the group is not against the concept of housing the homeless in hotels.

"Our coalition supports housing for the homeless and taking dilapidated motels and hotels and converting them into transitional housing or homeless shelters seems to be a good approach," Mackowiak said. "The problem is these facilities are not being converted fast enough."

He added that there should be more transparency from City leadership.

"It would be a good number for the City leadership to say, 'Here's how many we've purchased. Here's where each facility is in the conversion process. Here's how many beds we have today that we didn't have when this started with the ordinance.' And I think most Austinites would be quite distressed and disappointed with those results," Mackowiak said in part. "The City does a great job asking for more money for things. They do a terrible job with then saying how they actually spend it and whether it was efficient and whether it was good for taxpayers."

After discussion in the work session on Monday, the city council is expected to vote on the hotel deal in Wednesday's regular meeting.

The council is also expected to get a briefing on the City's state of homelessness from Dianna Grey, the homeless strategy officer.

Data from Grey's report showed that more than 2,500 Austinites are experiencing homelessness on any given night. Over the course of a year, at least 9,000 Austinites experience homelessness, the report stated.

The City's homeless response system capacity broke down into the following categories:

Her presentation for the city council can be viewed here:

On Feb. 4, the council is also expected to discuss the HEAL Initiative, which is a resolution asking the city manager to implement and fund a "Homeless Encampment Assistance Link" initiative to connect those experiencing homelessness with housing-focused services.

For more coverage on homelessness in Austin, visit kvue.com/homeless.