This marks the fourth hotel Austin will have bought to help house the homeless. 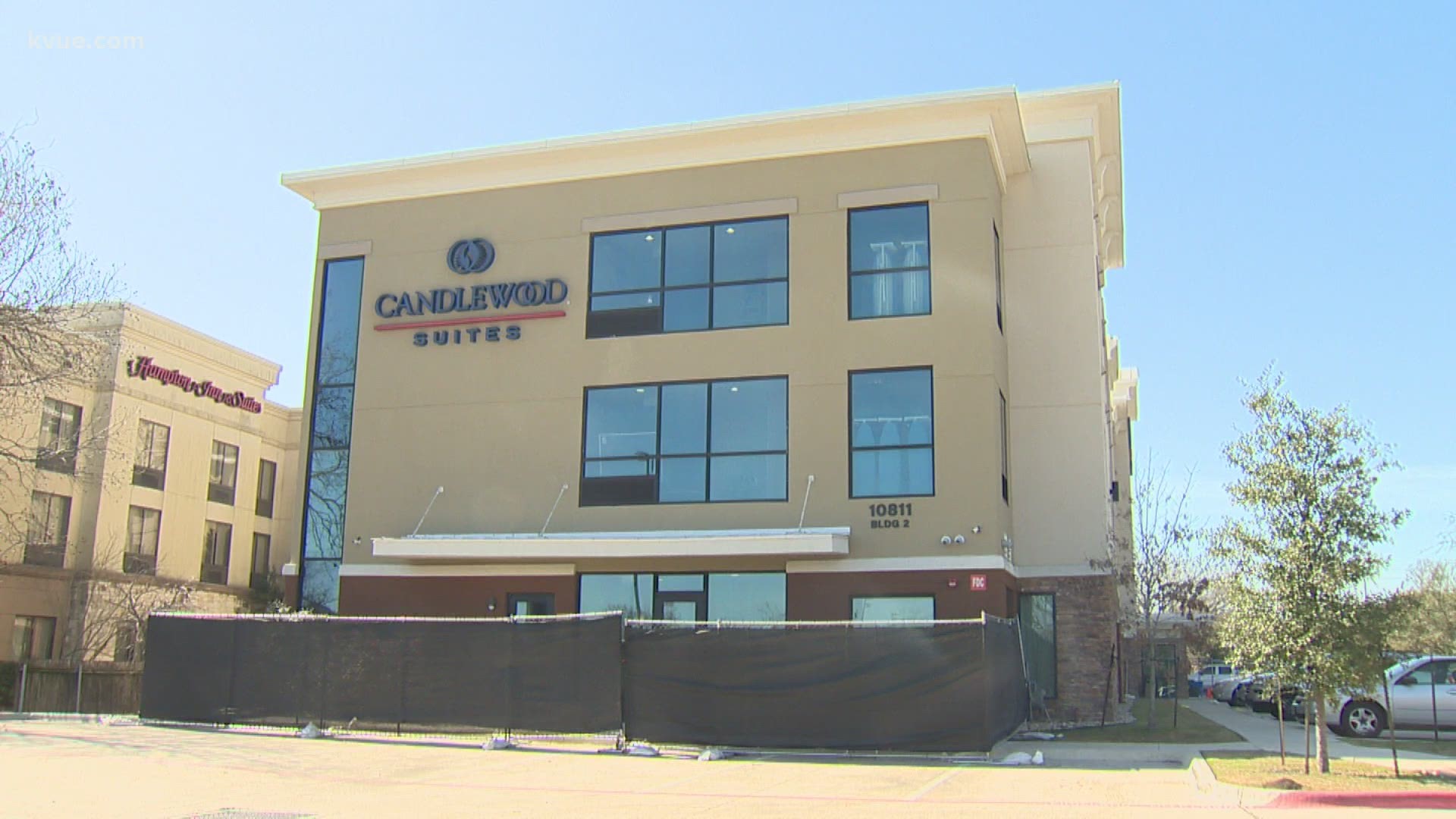 AUSTIN, Texas — The Austin City Council voted Thursday to approve the purchase of the Candlewood Suites hotel to house the homeless for up to $9.5 million.

The hotel will cost the City $9.5 million. This comes as the city council recently voted to buy the Texas Bungalows Hotel and Suites in North Austin for up to $6.5 million.

The vote to purchase the 83-bedroom hotel was approved by a vote of 10-1, with Councilmember Mackenzie Kelly casting the lone vote against.

"There shouldn't be sides to a conversation about humanity," said Mayor Pro Tem Natasha Harper-Madison. "Austin is a big city now. We've got big problems that require big solutions ... I think we have to unite as the one Austin we claim to be and tackle trouble in every corner of our city."

Mayor Steve Adler said the hotel would not be a shelter, but an apartment complex. Councilmember Ann Kitchen added that services would be included, saying one of the homeless service providers would be behind it.

"This housing saves lives. It will help us get hundreds of people out of tents and into housing," added Councilmember Greg Casar. "We all have to pull together as a city to address homelessness, and that’s why we’ve purchased hotels in four districts now, including my own. These hotels will not only be homes for people, but will also provide services like job aid, health care, mental health resources, and more, and it’s only possible because of the transformative budget we passed last year."

Before the vote, Williamson County leaders said they were caught by surprise about Austin City Council's plan to buy the hotel and asked the City for a six-month delay on its decision to buy the Candlewood Suites. The Williamson County judge said he was not aware of Austin's plans until a commissioner told him. He said he didn't realize the proposed purchase was in Williamson County until he watched the news.

While Candlewood Suites is in Austin, it sits in Williamson County. It also is within Councilmember Kelly's district.

"We knew going into today that council was going to vote for this purchase and its intended use. I stand with District 6 residents in our support of permanent supportive housing as one possible solution to the homelessness situation. I stand with them also in opposition to the process that got us to this purchase," she said. "Especially after the rushed lifting of the camping ban, which has clearly negatively affected our homeless neighbors, this purchase has had the effect of having folks in Austin further lose trust in our process, and therefore in our decisions. The hopeful news today is that the people of District 6, City staff, nonprofit partners, and my office are going to pull together to ensure that this permanent supportive housing becomes the best it can be."

KVUE previously reported business owners and neighbors pushed back against the plan to buy the Candlewood Suites. However, many speakers, during Thursday morning's public comment, were for the purchase of the hotel.

Austin will now own four hotels to house those experiencing homelessness.

Fostering in Central Texas: Family shares their perspective on giving a home to a child