'There's a mission out here' | Why residents, staff say the State's homeless camp is working

While the Austin City Council considers using public land for homeless camp sites, KVUE checked in on how things are going at the State camp. 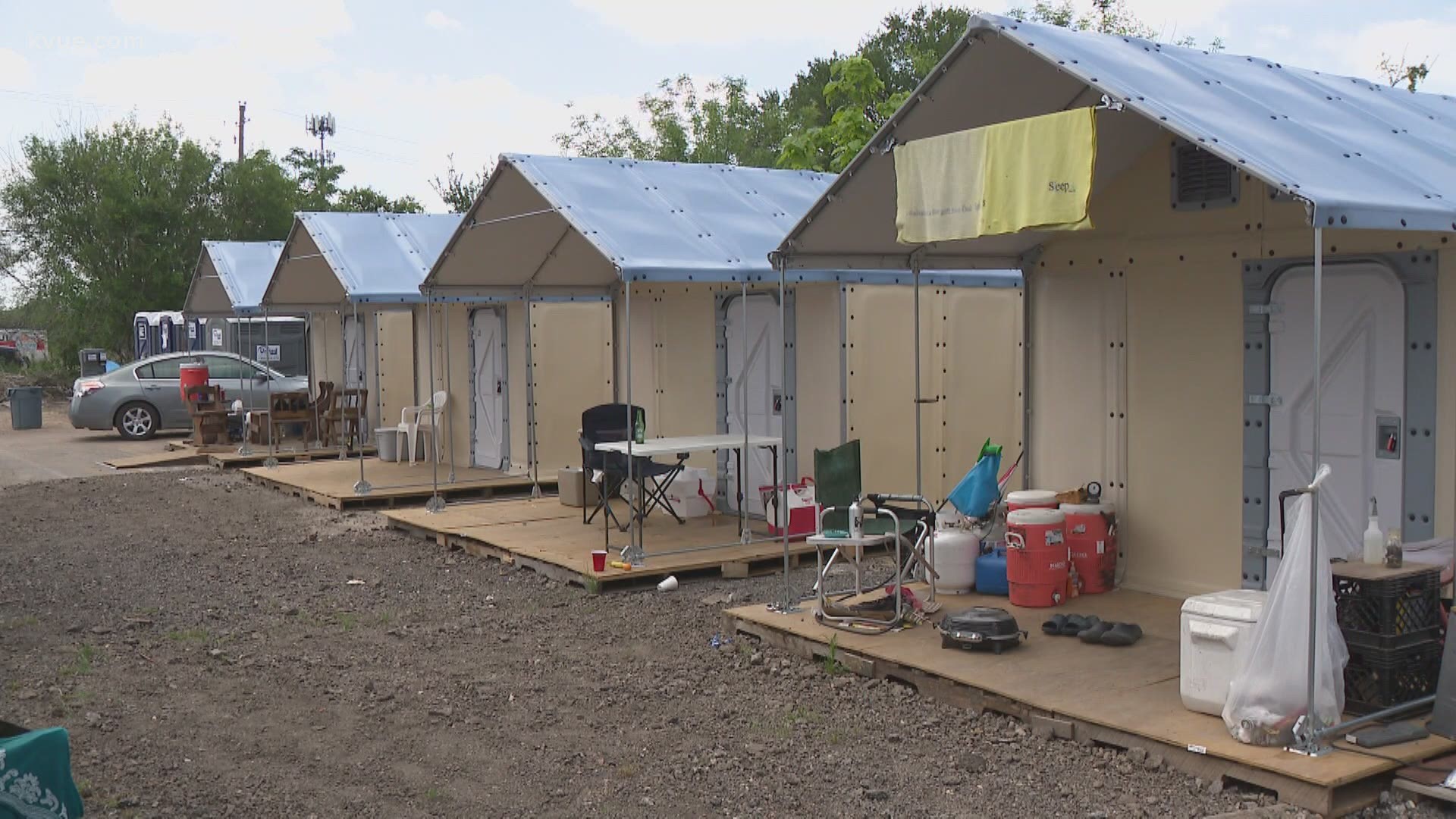 AUSTIN, Texas — The Austin City Council is considering creating public campgrounds within the city. It's not a new idea: the council has discussed it before, but nothing came of it.

But in 2019, the State designated a piece of land in southeast Austin, near Ben White Boulevard, as a campground for people experiencing homelessness. Since it opened, a lot has changed, including its name, which is now Camp Esperanza.

"It was pretty Wild West out here," said one resident who goes by Hippie.

Hippie is the resident liaison at Camp Esperanza, meaning he's in charge of walking around, getting to know people and helping them. He said he moved to the camp about three weeks after it opened and has seen it grow since then.

"From about 30 people to almost 200, if you count the transients," Hippie said.

Hippie said he believes the camp is working.

PHOTOS: Esperanza Community for the homeless

1 / 12
John Gusky
Photos catch a glimpse of life at the Esperanza Community, the Austin camp set up by the state government.

"People are getting out. People are going to Community First [Village] or returning to their families or moving on or whatever it is their lifestyle indicates," Hippie said. "And I find it to be a wonderful success. It's just the right answer. It's not too much. It's not too little. It addresses the problems that are built into this kind of human experience. And, I mean, it's as good as it gets."

Hippie credits much of that success to The Other Ones Foundation.

"There's been a lot of changes since we first came here. As you can see behind us, there's some individual shelter units, there's 30 of them, and they all have people living in them right now," said Max Moscoe with The Other Ones Foundation. "We've already house two people out of them and replace two new people into them."

The Other Ones Foundation started running things at the camp in August 2020. Since then, the camp has gone from a plot of land to a place where people can access services and work opportunities.

"When you have case management, food access, work opportunities, shelter, all of these things are in one central location – it's not hard to find, you don't have to travel far to get to it, it allows people to have some traction and start to get out of that survival mode where all you're thinking about is, you know, 'Where am I going to eat tonight? Where am I going to sleep tonight?'" Moscoe said. "Once you're out of that, then you can start thinking about a long-term plan and how you're going to get some more stability in your life."

Moscoe said the goal is to create a transitional shelter complex with 200 units, meaning people can come, get shelter and help and eventually move out into stable housing.

"Ultimately, if we're going to lick this homelessness thing, we're going to need to reinvest in public housing," Moscoe said. "But that's going to take a lot of time, a lot of legislation and a lot of investment. And it's not going to happen overnight."

KVUE asked Hippie what he thinks the answer to solving homelessness is.

"I had wondered about what an answer to homelessness could be. I don't think we'll ever fix it, but I think we have a good answer," Hippie said, talking about Camp Esperanza.

He said the camp has a purpose, which is why it works.

"This ain't Burning Man, this ain't no campground of America," Hippie said. "There's a mission out here, and we have to pay attention to that."

Hippie said the mission is simple, even if the solution to the problem isn't.

"Get out. Get back out again, get your life back," he said.

Is it legal to ask for proof of vaccination?