Starting May 11 in Austin, it will be illegal for people experiencing homelessness to camp in any public area not designated by the Parks and Recreation Department. 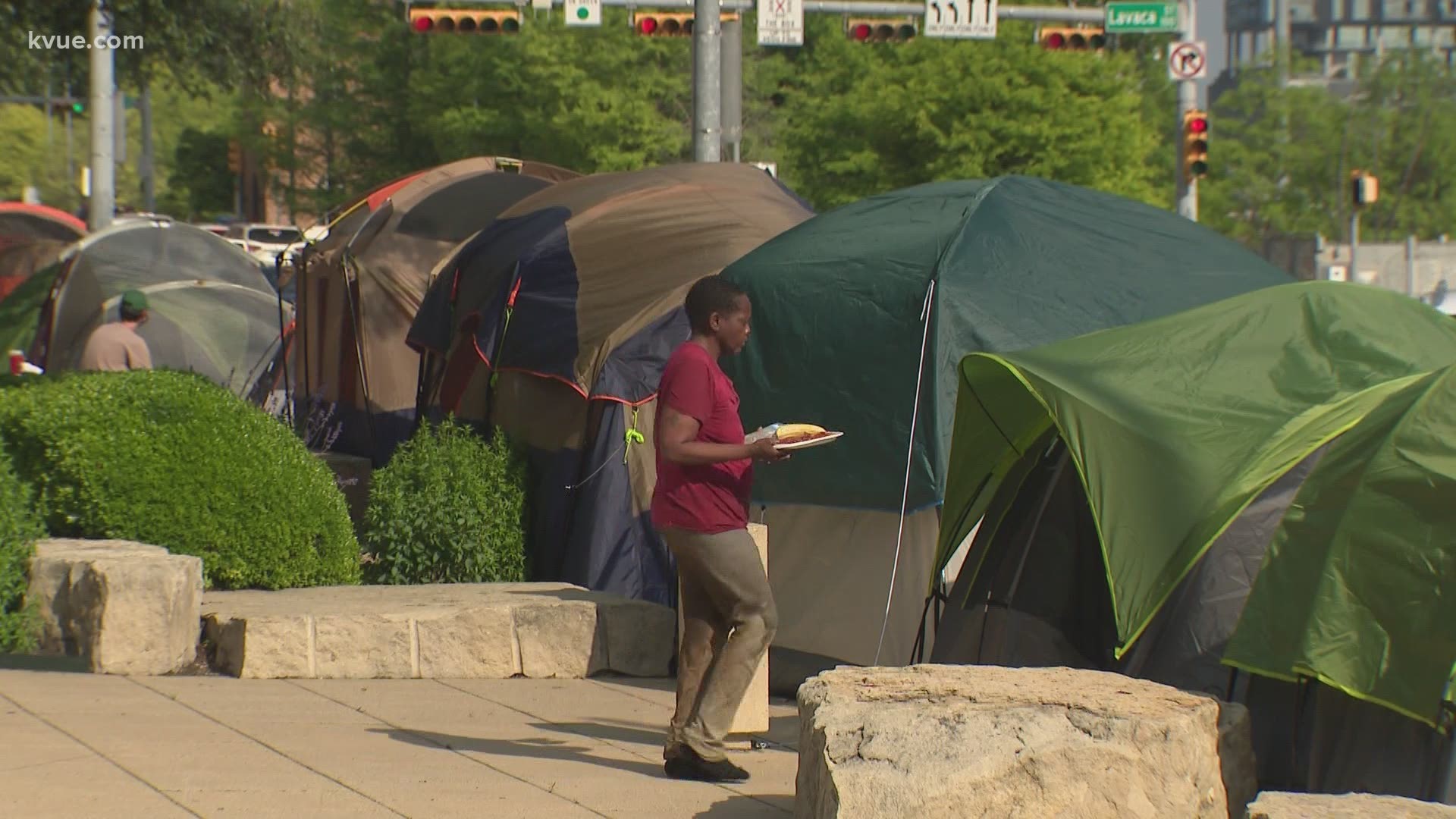 AUSTIN, Texas — On May 1, Austin voters approved Proposition B, which aims to reinstate the City's camping ban. Now some members of Austin's homeless population are trying to figure out where they'll go once tent clean-ups start.

Some people that KVUE spoke with said they're not sure what they're going to do and feel like the reinstatement of the camping ban is a mistake. Others said they know they'll be OK, but they all agreed that everyone should work collectively to find solutions for people like them.

"I guess the plan would be – I guess we've got to go across the bridge somewhere, right? I mean, you know, I don't know because, for me, I don't have any family out here. You know, for a lot of people, it's going to be a nightmare," said Kevin Brown, who lives in a tent near City Hall. "Right now, I don't know what they're going to do."

"If they make me leave, I have to play it by ear because they're not giving me any kind of solution," said Richard, a veteran who is homeless. "I'm going to have to tear down my tent, carry what I can carry, run about three miles that way, up in the hills. It's not going to work."

1 / 3
Mari Salazar
"If they make me leave, I have to play it by ear because they're not giving me any kind of solution," Richard, a homeless veteran, told KVUE.

"I agree with the ban because, really, no one should be living like this. But I have to move around because the living conditions are unsafe, very unsafe. There's a lot of crime that happens among these great people. I'm figured out everything will work out. God's in control," said Frank Orosco, who is unhoused and lives along West Cesar Chavez Street.

RELATED: How to help Austin's homeless in wake of the passage of Prop B

The camping ban will go into effect on May 11. At that time, it will be illegal for people experiencing homelessness to camp in any public area not designated by the Parks and Recreation Department; to sit or lie on a public sidewalk or sleep outdoors in and near the downtown area and the area around the University of Texas campus; and to panhandle at specific hours and locations.

As far as tent clean-up, the Texas Department of Transportation told KVUE that crews are not resuming cleanups at this time.

WATCH: Austin voters passed Prop B. What happens next?