On Tuesday, Minnesota councilman Jason Baskin started getting emails about the issues that Austin is having. 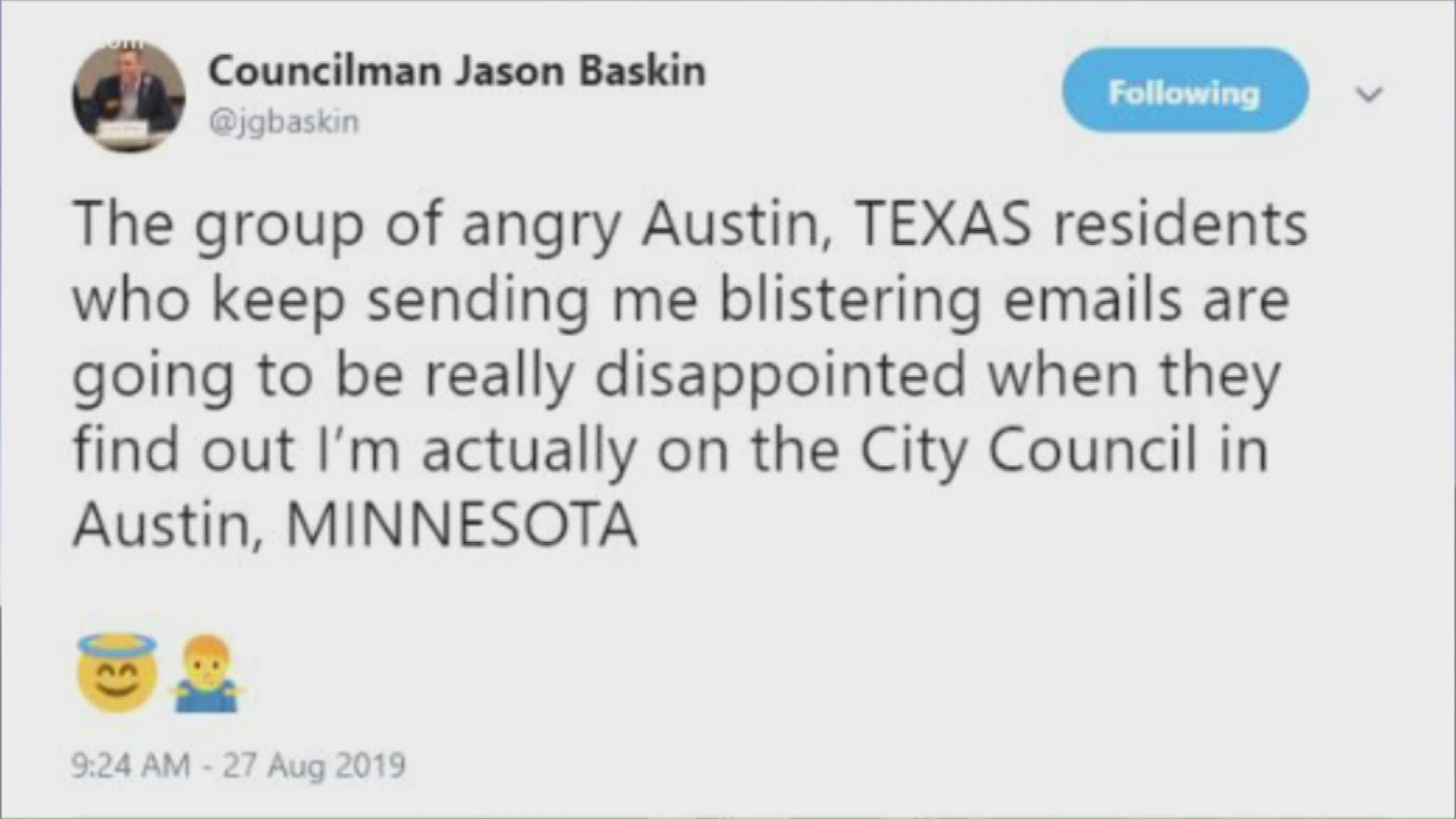 AUSTIN, Texas — Lots of people are letting Austin City Council know how they feel about homeless issues. But recently some got their Austins mixed up.

Jason Baskin is a city council member for the City of Austin – just not the Texas one. Austin, Minnesota, is about two hours south of Minneapolis.

He sent out a tweet Tuesday saying that he was getting "blistering emails" and that people are going to be disappointed when they find out he's from the city council for the Minnesota Austin.

After talking to him, he shared one of the funniest interactions.

"I think the best response has been making it very clear that I am your constituent and I demand that you do something about this and I will hold you accountable if you don't," said Baskin. "I feel really bad then going back and kindly letting them know that they are not my constituent, but hopefully they get pointed in the right direction."

He said some people have been messaging him about the homelessness issues we've been covering on KVUE. Baskin said it's not as big of a deal where he lives since the snow up there is a natural deterrent.

But after this started happening, he said he went to the city clerk who also apparently gets calls multiple times a day.