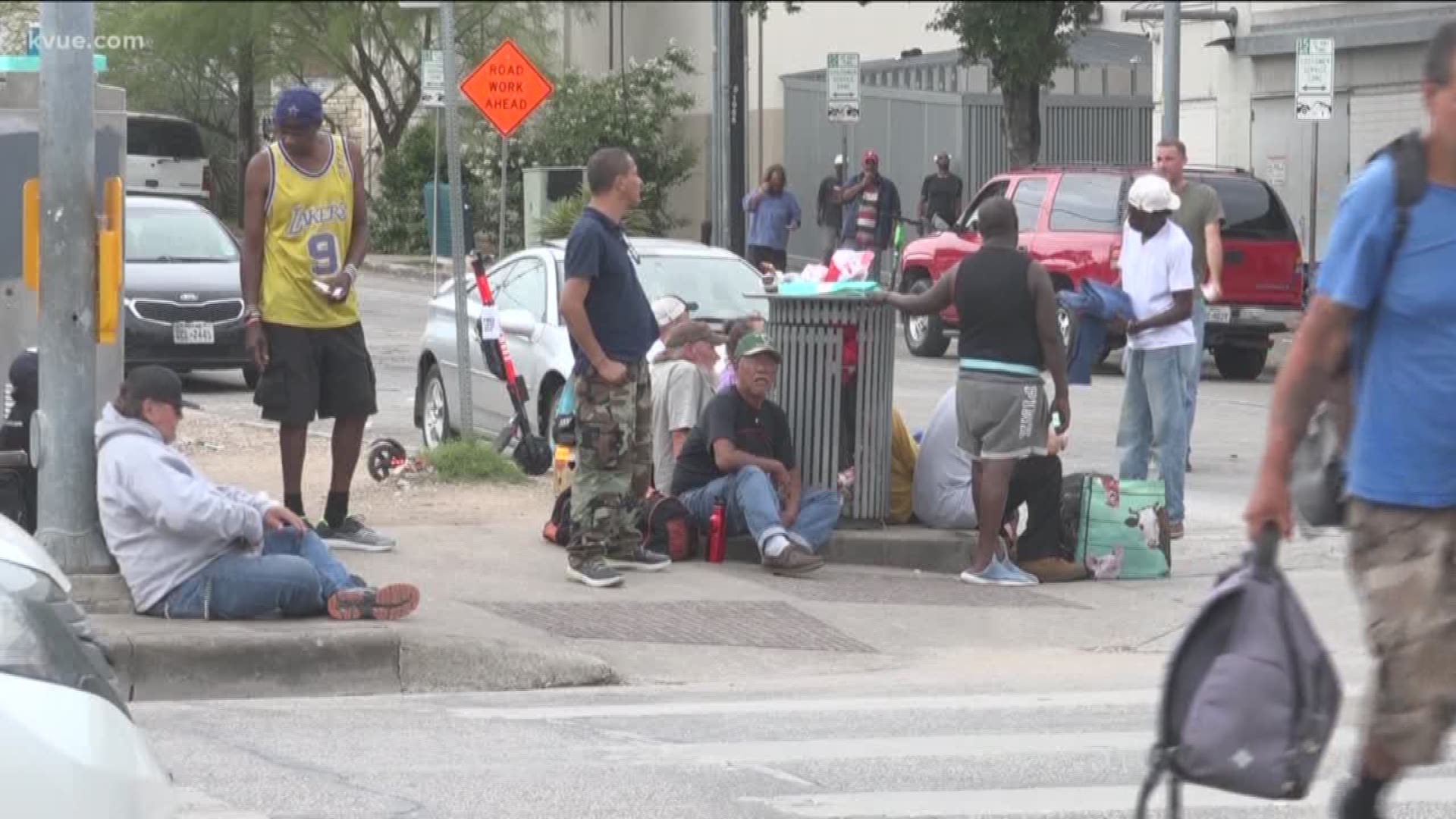 AUSTIN, Texas — Austin leaders listened to the public's input during a town hall meeting Wednesday as they discussed recent changes to the City's homeless ordinances.

Earlier this summer, the Austin City Council got rid of many ordinances related to the homeless and the new camping rules allowed the homeless to camp on streets, as long as they weren't blocking pathways or camping at Austin City Hall. Before the change, it was illegal to sit, lie or camp in public.

"I assume that someone on his staff really didn't explain to him what it was that we did because we've been laser-focused on public safety and public health," Adler said. "Public streets are public streets. And the courts have said that if someone's not causing a public safety risk or a public health hazard, that they have as much right to be there as anyone else."

The Downtown Austin Alliance hosted the town hall Wednesday at the Austin Convention Center to discuss the ordinance changes. Adler sat on the panel, along with city councilmembers Kathie Tovo, Ann Kitchen and Greg Casar.

At the town hall, Adler said that tackling homelessness in Austin is one of the most difficult challenges the City has. He discussed his recent trips to Los Angeles and Seattle, saying when he asked leaders in those cities what they wished they had done to avoid their large-scale homeless problems, "They said, 'I wish we had gotten serious about housing people earlier in the process.'"

Around that point in the meeting, a group of protesters against development in Austin arrived but were quickly removed by law enforcement.

The meeting continued. Councilmember Casar said he believes everyone deserves a home and that the City needs to work on housing people without violating their basic civil rights in the process. He said he wants the City to commit to this idea in the next 90 days.

"We can't keep spending money trying to avoid the problem because that's what we've been doing since 1996," Casar said.

Councilmember Tovo echoed Adler and Casar's point about housing being key to solving these problems. She also said the City needs "more resources and the private participation" and that one of the City's main priorities is getting families into shelters.

Councilmember Kitchen said the homeless shelter in South Austin is "an important, critical piece" of what needs to happen, but that it's only one piece.

"We need to come forward with a very specific implementation plan," Kitchen said. "And it needs to answer the question of 'We're going to house X number of people in X number of days.'"

Kitchen also acknowledged that the city council needs to address and create a list of public spaces where camping, sitting and lying should not be allowed, like places adjacent to roadways, medians or transit or adjacent to shelters, homes or schools."

When asked how the city council is addressing mental health and drug addiction among homeless individuals, Tovo mentioned the Homeless Outreach Street Team (HOST) and again emphasized that dealing with these issues "has got to be a public-private partnership." She said everyone has a role to play.

Casar said he's going to focus on the issues of mental health and substance abuse.

"We are in a state that shamefully dedicates so few resources [to these issues]," Casar said.

When the conversation turned to cost, Adler said the state needs to help the City.

Adler said that money would be better invested in housing.

Some audience members showed concern that if Austin has better housing, more homeless people will come to town.

"The suggestion that if we do this well and actually take people off the streets, that all we’re doing is inviting people to come is a crazy urban myth that no one should believe, and the statistics don’t prove that out in Austin or in any other city," Adler said.

Adler also said they may look into converting apartments or old hotels into homeless shelters.

Several people in the audience said they were homeless themselves. One man said there are programs in Austin that are trying to help people like himself, but he said they need more.

Near the end of the town hall, Adler stated that if the City gets the housing council members are pushing for, he will visit the shelters with the neighborhoods every week to make sure they don't end up looking like the ARCH.