The results demonstrate the need to expand resources and efforts to reduce homelessness in Central Texas, according to the Ending Community Homelessness Coalition. 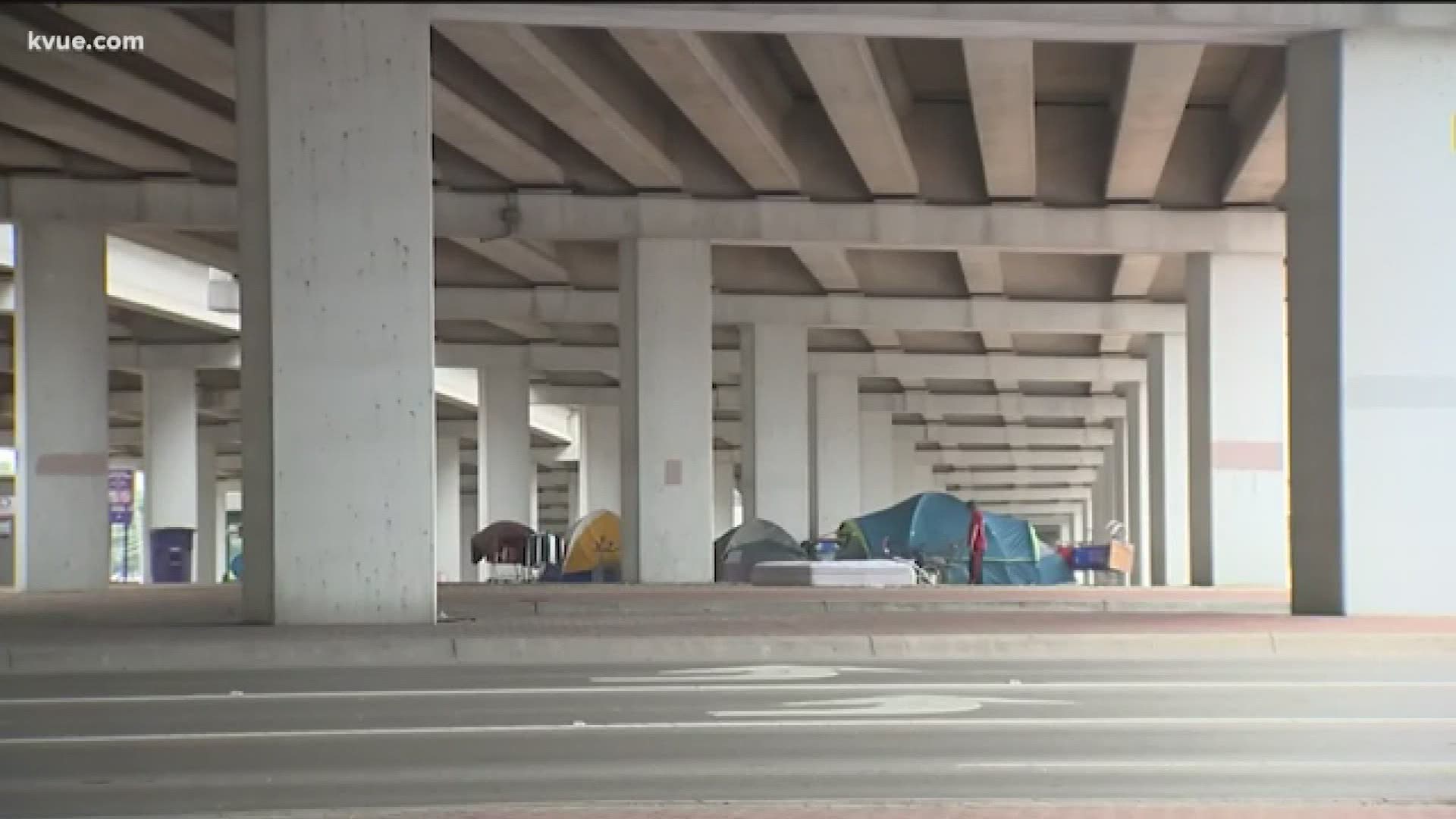 AUSTIN, Texas — Homelessness is an ongoing issue that leaders in Austin-Travis County continue to tackle, and results from the 2020 Point in Time count (PIT) released on Tuesday, May 19, show they still have work to do.

According to the results from the PIT, the number of people experiencing homelessness in Austin-Travis County increased by 11%. It's an increase that was expected by most.

It's important to note that there is some reasoning behind a decrease in sheltered individuals for that night. Ending Community Homelessness Coalition (ECHO) reports two of the shelters shifted to a moved to a "stronger housing-focused model." The housing-focused model means those in the shelter receive 100% case management; however, it also means the number of people the shelter can support is reduced. Also, ECHO reports a pipe burst the night of the count that forced one of the shelters to close.

"I think that the stagnant nature of the sheltered number probably has a lot to do with us not creating new emergency shelter and focusing more on permanent housing rather than emergency shelter," said Executive Director Matt Mollica, "which I think is good for our community."

The annual PIT Count is collected through hundreds of volunteers going out one day a year and counting the number of people they see who are experiencing homelessness.

This year, ECHO saw a record number of volunteers help, with a 39% increase from 2019. In theory, more volunteers allows for more opportunities to find people to survey.

"At the same time, along with these increases, our community partners, with ECHO, moved more people into housing than ever before. We moved 2,171 people," said Sarah Duzinski, ECHO's vice president of quality assurance.

She also pointed out Austin and Travis County's population growth and it's relationship to overall homelessness.

"But I also want to note our per capita rate of homelessness is roughly the same as it was a decade ago," said Duzinski. "That proportion or that percentage of the population has remained fairly constant."

According to ECHO leaders, the 2020 count represents the clearest picture yet of the homeless population and the need for more resources and permanent housing.

The data also showed that most people surveyed were either Austin or Travis County residents when they first became homeless.

"This is really sort of a homegrown problem," said Mollica.

The coronavirus pandemic only opened their eyes more.

"The COVID-19 pandemic illustrates more than ever that housing is a health care intervention and why we need to scale up permanent housing resources to meet current and future needs in our community," said Mollica.

Have you noticed more homeless camps in Austin? You're not the only one

According to Mollica, people experiencing homelessness are more vulnerable to contracting the coronavirus and developing serious health complications.

African-Americans represent more than one in three people counted this year but represent less than one in 10 individuals in the total population of Austin-Travis County, according to the report.

“Our society throughout history has specifically neglected the black and African American community, whether that’s in health care, education or criminal justice," said Quiana Fisher, BSS+ program manager at Caritas of Austin and co-chair of ECHO’s Racial Equity Task Group.

In light of these results, community leaders continue to work toward a solution to reduce and, ideally, end homelessness.

City Council increased funds available to homeless services in the 2019-2020 fiscal budget to $62.7 million. That is more than ever before.

City leaders and their community partners are also working on making more housing available to people, including purchasing multiple hotels in recent months.

Mayor Steve Adler told KVUE the council intends to vote on a resolution this week to purchase an additional motel for similar purposes.

The full Point in Time report can be viewed here.

Austin/Travis County saw an 11% increase in its homeless population. KVUE’s Molly Oak is live to break down the data and the impacts of Coronavirus. Ask your questions in the comments!