The 2018 homeless count found about 2,100 people were homeless in Austin. The number of homelessness individuals jumped slightly to 2,255 in the 2019 count. 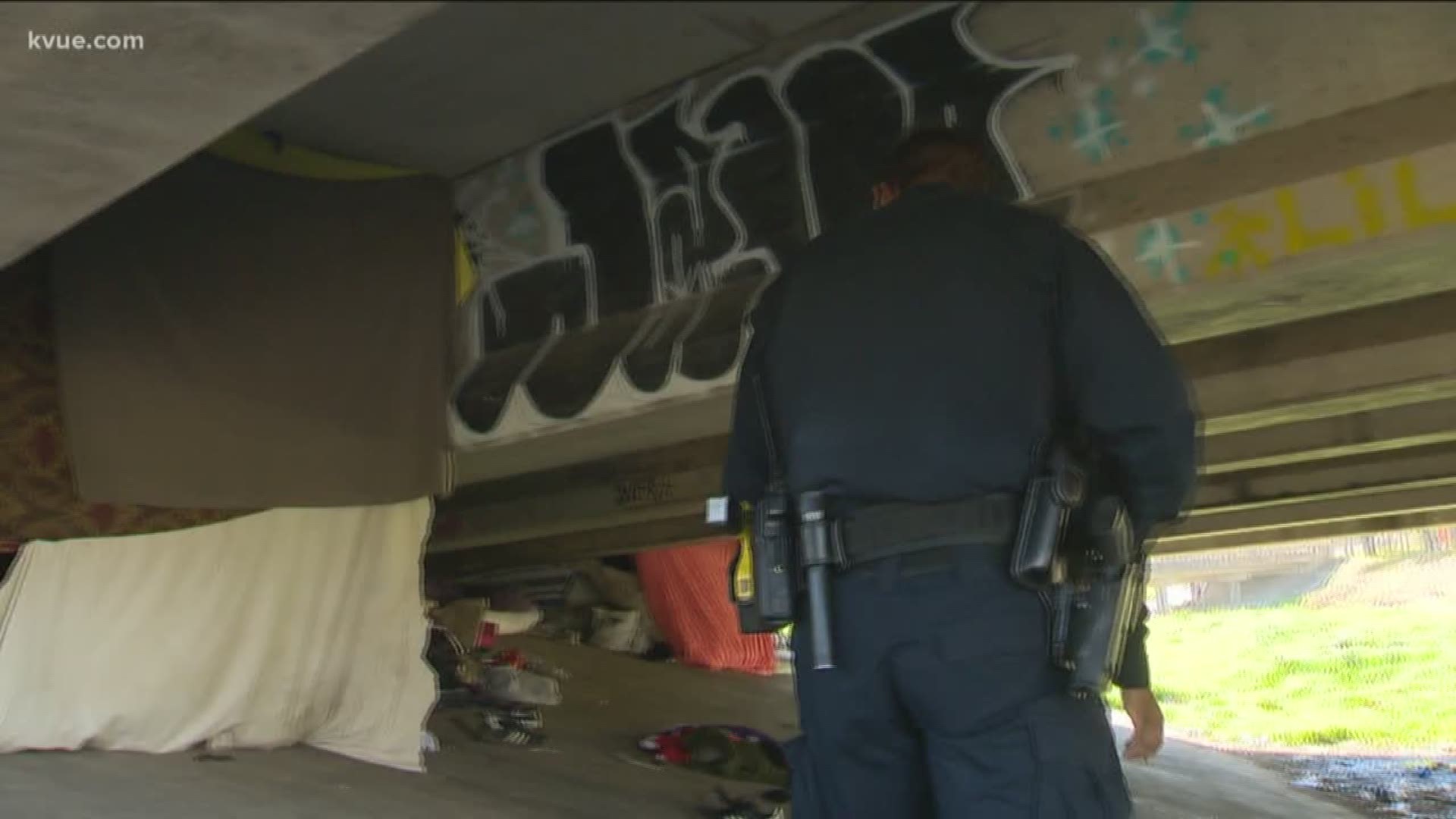 AUSTIN, Texas — Homelessness is one of the biggest issues in Austin and Tuesday we found out there has not been any improvement on the number of homeless in the city from 2018 to 2019.

While the jump is not high, it shows the homeless issue is on-going.

While the increase in homelessness may not seem like good news, Austin ECHO's study does show some positive results in the city's action on the problem.

The city began a program to end youth homelessness in 2017, which helped lower these numbers.

"Ending youth homelessness requires a relentless and collaborative focus on providing safe, immediate housing options and access to the kinds of services our most vulnerable youth need," said LifeWorks Executive Director Susan McDowell, in the study. "The reduction of youth experiencing homelessness in this year's PIT Count validates that together, we are building a system that is working. We have to scale this success now and reach the youth still waiting to be housed."

The study also found the city's approach to house homeless veterans continues to work with a 15-percent reduction from 2018.

In January, city leaders and volunteers went around Travis County, counting the number of homeless people sleeping on the streets or in the tunnels.

Non-profit offering jobs in Austin parks to those facing homelessness

At the time, advocates told KVUE the point of the count is to find out how many people need a safe place to stay.

Austin ECHO and their partners said in their study they are taking important steps in implementing their "Action Plan to End Homelessness," which they said includes:

Did you see the B-2 Stealth Bomber fly over COTA near Austin?