'It has absolutely gotten out of control' | Homeowner shares video of trash, debris along Central East Austin creek

The homeowner says homeless people have lived along the creek for several years, but the situation worsened just as the COVID-19 pandemic began. 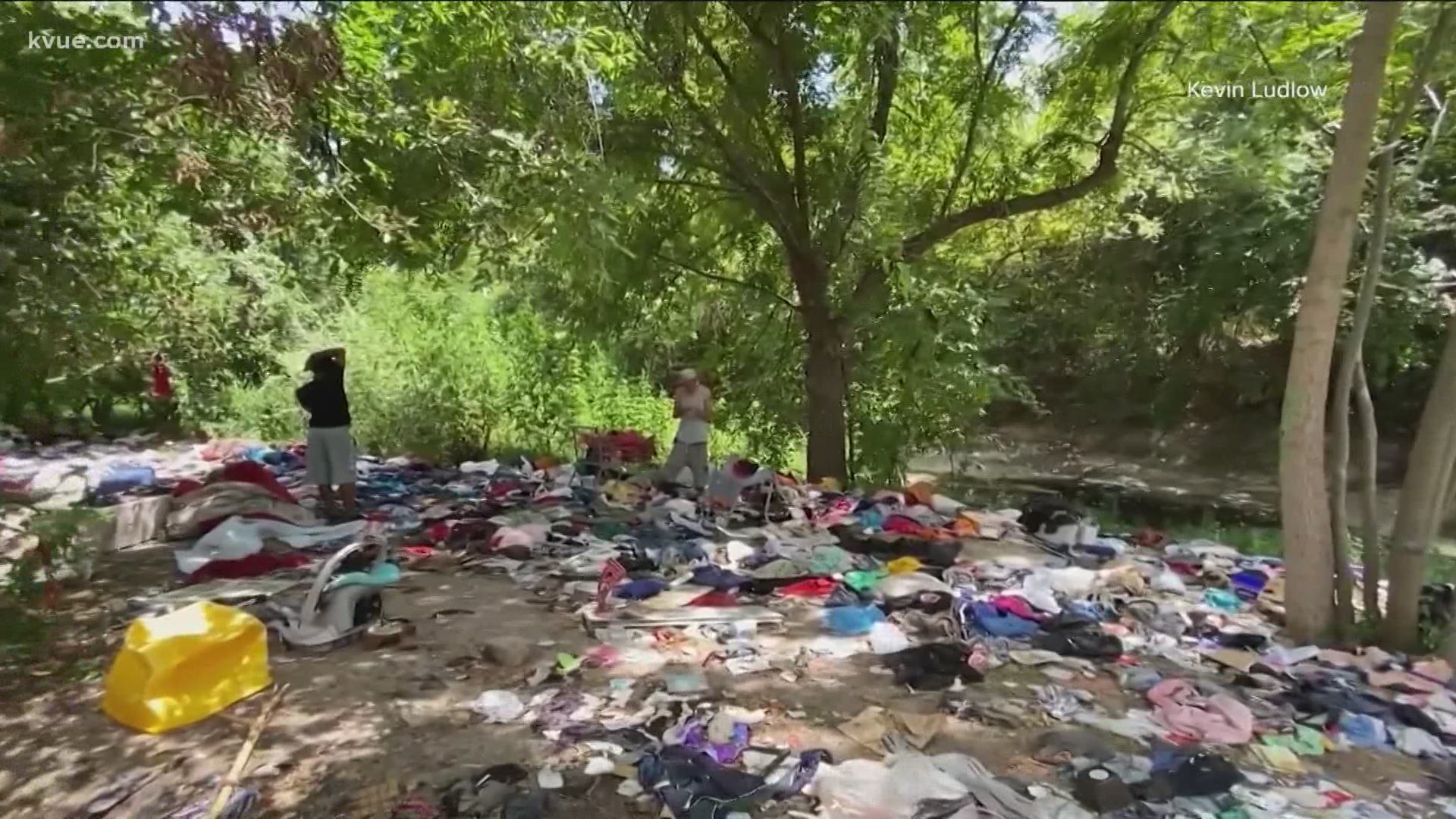 AUSTIN, Texas — Along the creek in the Windsor Park neighborhood of Central East Austin, you'll find piles of trash, linens and even a stroller.

"It has absolutely gotten out of control," homeowner Kevin Ludlow said.

For several years, Ludlow and his neighbors have coexisted with the people living along the creek bed. It borders East 52nd Street and Broadmoor Drive.

But right around the time the COVID-19 pandemic began, the situation behind Ludlow's backyard worsened.

"There started to be a lot more violence. We've started hearing reports of sexual assault, physical assault," he said. "Our houses are being vandalized. We know for a fact that people are sneaking into the backyards."

On Sunday, Ludlow shared a compilation on YouTube of the videos he's taken of the creek in the past seven months as a cry for help.

"We desperately need help dealing with this situation," he says at the end of the video. As of Tuesday night, it had received more than 31,000 views.

"It's really easy, I think, for people to say that, you know, we're just trying to demonize the homeless when, in fact, we've spent years having no problem with people living out here as transients. But when all of a sudden, you know, your house, your property, your safety ... it truly starts to be in jeopardy, that's just a whole different situation," Ludlow said.

A spokesperson with the City of Austin's Watershed Protection Department (WPD), which is charged with cleaning up homeless encampments along creeks, said this specific creek hasn't been cleaned up since March 6.

RELATED: Has Austin's homeless population grown since the start of the pandemic?

The contractors who would normally clean it up – and others like it – backed out because of COVID-19 concerns and haven't cleaned it since.

"At that time, Watershed Protection homeless encampment cleanups came to a halt. We are now going to council on Sept. 3, for a new emergency contract with a different contractor in the amount of $147,000 to allow us to resume cleanups with specific COVID-19 safety protocols in place," the spokesperson said.

In the meantime, the department is working alongside the Parks and Recreation Department to clean up the creek "in the coming days" and to connect the people living there with alternative housing options and job assistance.

"WPD discourages anyone from camping near creeks, as waters can rise quickly during heavy rainfall," the spokesperson said.

Ludlow suspects more and more people have moved to the creek because of Watershed's pause on homeless encampment cleanups.

"It's possible that people on the street kind of realize that because the City is not going to do cleanups that they can stay out here as more permanent residents," he said.

And while he supports the cleanups, he said they don't solve the problem.

"Do we want it done? Of course. But the reality is, every time they do it, just like they did it back in March, within four or five days, it looks exactly like this again," he said.

He said the only way the creek will stay clean is if the City patrols it regularly.

"And I don't mean for the purpose of criminalizing people. I mean, let the campers camp. But the second you start seeing trash that's out there, you've got to make them responsible for it," Ludlow said.