Amanda sat in tears as she waited for TxDOT crews to come clean up the place she's called home for three years – a spot on the concrete underneath I-35. 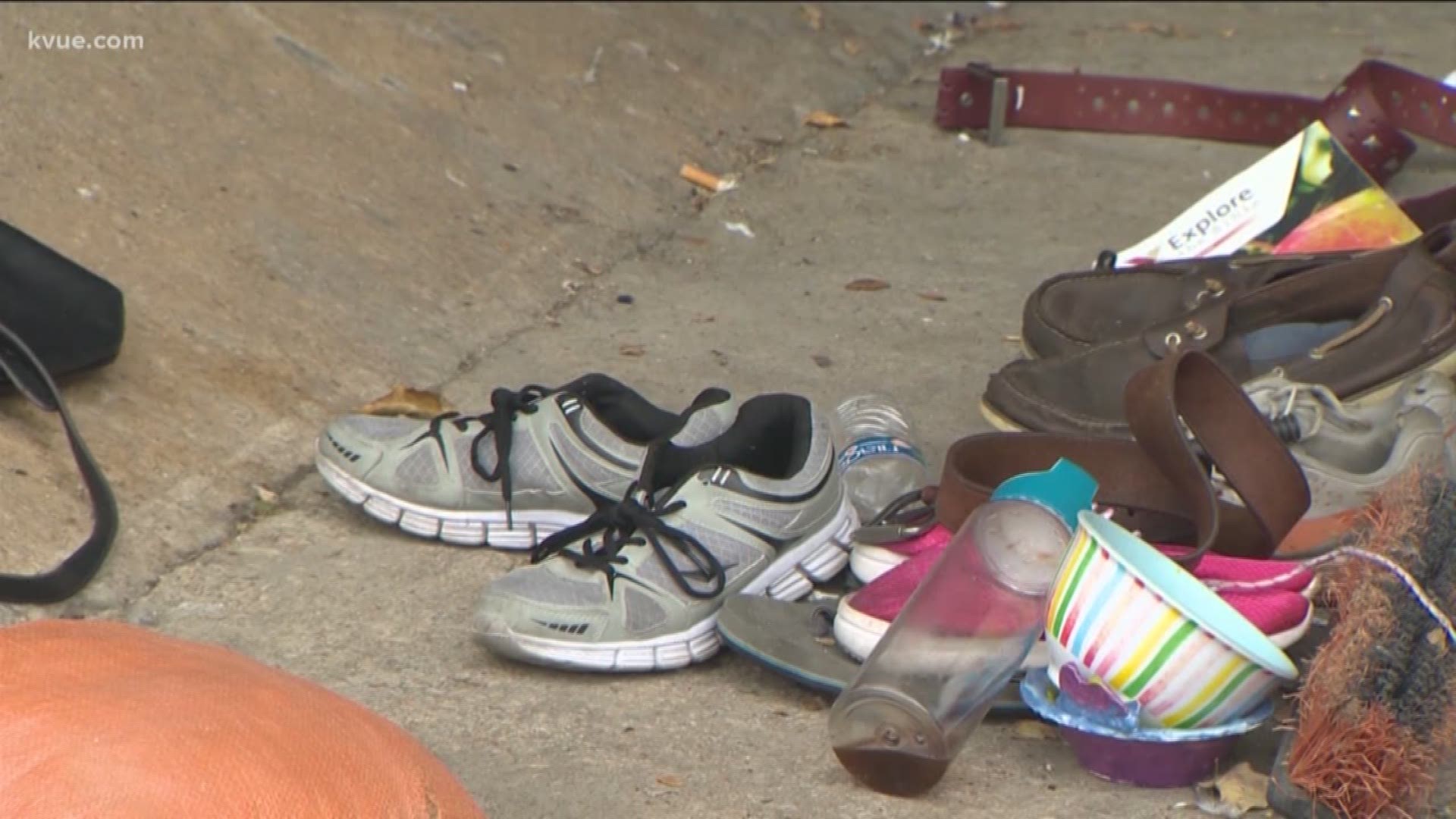 AUSTIN, Texas — Amanda Grasty wiped tears from her eyes as she waited for TxDOT crews to clean up underneath Interstate Highway 35 on Tuesday.

Crews began cleaning up on Monday after the governor instructed crews to clean at least once a week.

Grasty said she's called a spot on the concrete underneath I-35 home for three years.

"I understand. It does look bad, in some ways – the homeless people and the trash. But where are we going to go? We can't come to y'all's houses," said Grasty.

She said she knows camps can be an eyesore, but Grasty said this is where the people she calls family live.

"This is all the family I have," she said, wiping a tear from her eye. "It's bad enough we got to worry about dying, but at least let us live in peace out here. I mean, this is all we got."

Cleanups will continue on Wednesday.

"Currently there is no state law that prevents people from camping under our bridges. It would take either a city ordinance or a state law to make that happen," said Diann Hodges, a spokesperson for TxDOT. "Right now, we are really encouraging people – living under a bridge is not the safest place for them. You are constantly having to worry about the traffic that is going over and under that bridge. We would prefer that they are able to find some services that would help with that."

TxDOT to clean up 17 sites under Austin overpasses

TxDOT said people with Integral Care, a service provider, went ahead of crews to let people know what was coming and connect them with services.