TxDOT to clean up 17 sites under Austin overpasses 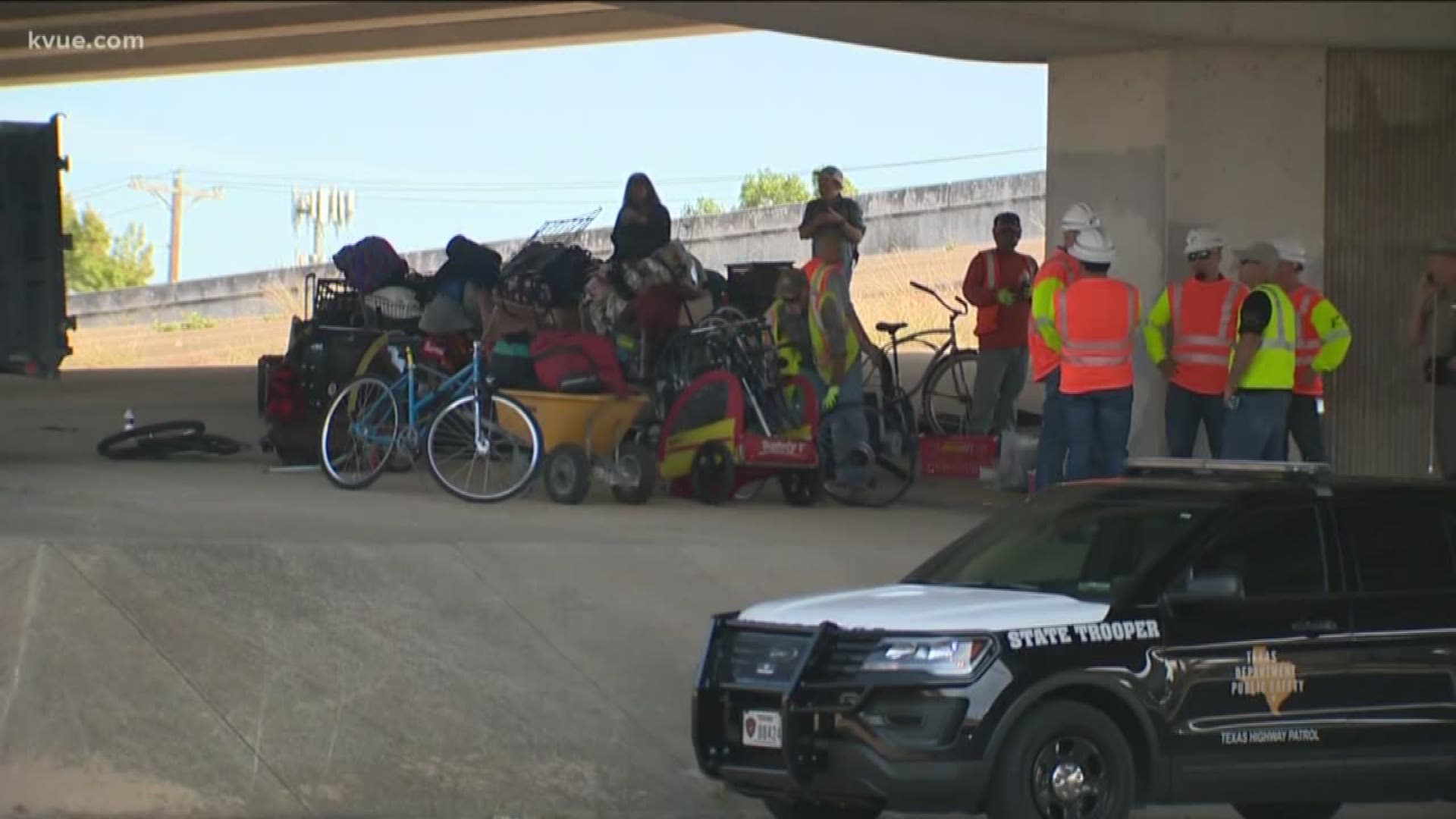 AUSTIN, Texas — At the direction of Gov. Greg Abbott, the Texas Department of Transportation (TxDOT) is expected to clean up more than a dozen underpasses in Austin in the coming days.

On Monday, the agency focused its clean-up efforts on the homeless encampment beneath Highway 71 near West Gate Boulevard. With Texas DPS troopers standing by, crews hired by TxDOT removed any debris or trash left by people living there.

"We were able to clear it within a couple of hours. Really clean up an area that had a lot of debris underneath it," TxDOT spokesperson Diann Hodges said.

Integral Care was on-site to connect people with services, and TxDOT made sure they got to keep what they needed.

"As we perform these cleanups, we are mindful of the people who are here and what they need, what they do have with them," Hodges said.

Hodges said the people living under the overpass were notified days prior about TxDOT's scheduled cleanup.

The site is just one of 17 that TxDOT plans to clean up by the end of the week. Those other sites are located along Highway 71, Interstate Highway 35 and US 183.

"Some of the areas we go to may not have very much for us to clean up. And if that's the case, then it won't take us much time at all," Hodges said.

Austin Police Chief Brian Manley said the State helping to clean up under these overpasses should free up City resources that can be used elsewhere.

"That's something that we will evaluate as [TxDOT] conducts their enforcement and cleanup operations under the bridges," Chief Manley said.

Hodges told KVUE that TxDOT plans to clean the site on a weekly basis or as needed because the agency is prohibiting people from living there.