African Americans represent more than one in three people counted this year, even though they represent less than one in 10 individuals in the Austin area. 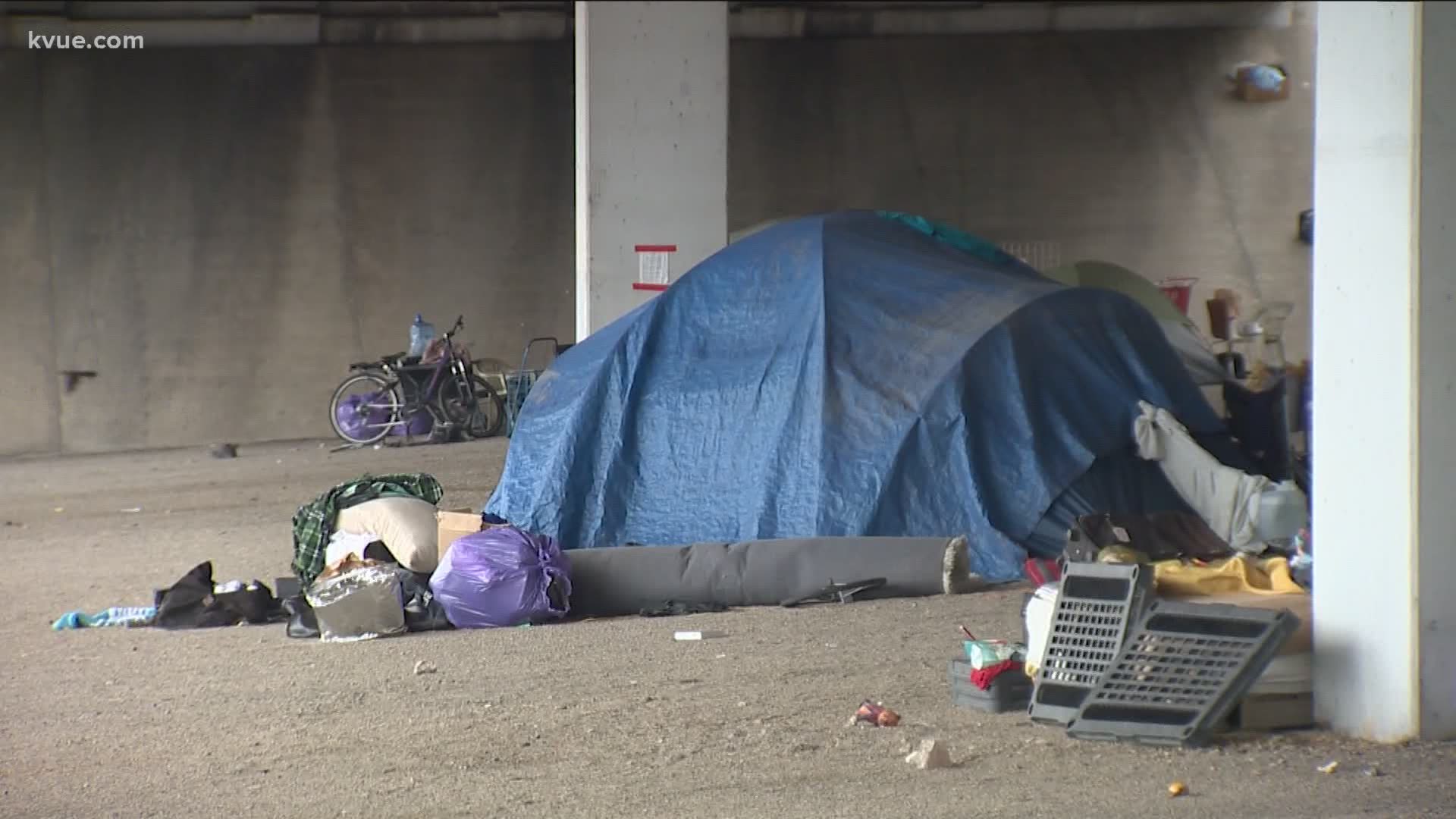 AUSTIN, Texas — Community leaders are navigating how to provide more equitable solutions regarding homelessness, after the 2020 Point in Time (PIT) count highlighted existing racial disparities in the black and African American population.

In the latest count released by the Ending Community Homelessness Coalition (ECHO), the proportion of African Americans experiencing homelessness slightly increased this year.

Remember, the PIT is a snapshot of data collected in one day.

Other data ECHO relies on and represents a consistent trend in the area found that the number of African Americans experiencing homelessness dropped by 1.9%.

Matt Mollica, the executive director of ECHO, said nonetheless, the results are "concerning" and "unacceptable."

While Chas Moore, the executive director of the Austin Justice Coalition, believes it is a strong step forward, he believes the numbers won't begin to change until people's mindsets do.

RELATED: African Americans are disproportionately dying from COVID-19. Here are states with the worst disparities

The report stated African Americans represent more than one in three people counted this year, even though they represent less than one in 10 individuals in Austin-Travis County.

Moore believes the data is more of a reminder to the rest of the community about what African Americans face since this population already knows and experiences these inequities every day.

"We don't really value the stories of people impacted or people who have been the victim of institutional/systemic racism until the data comes," Moore said.

"To move past the equality lens and move toward providing real equity in housing services," Fischer stated in the report.

As more mental health resources, substance abuse resources and housing become available, Moore encouraged leaders to ensure there is a concerted effort to target the disadvantaged populations that make up the homeless community too.

"I think we have to get creative in how we use those money dollars to make sure we address the issues to not only decrease but hopefully completely eliminate homelessness in Austin," he said.