TxDOT is expected to start cleaning up homeless camps underneath overpasses, under direction from Gov. Greg Abbott. 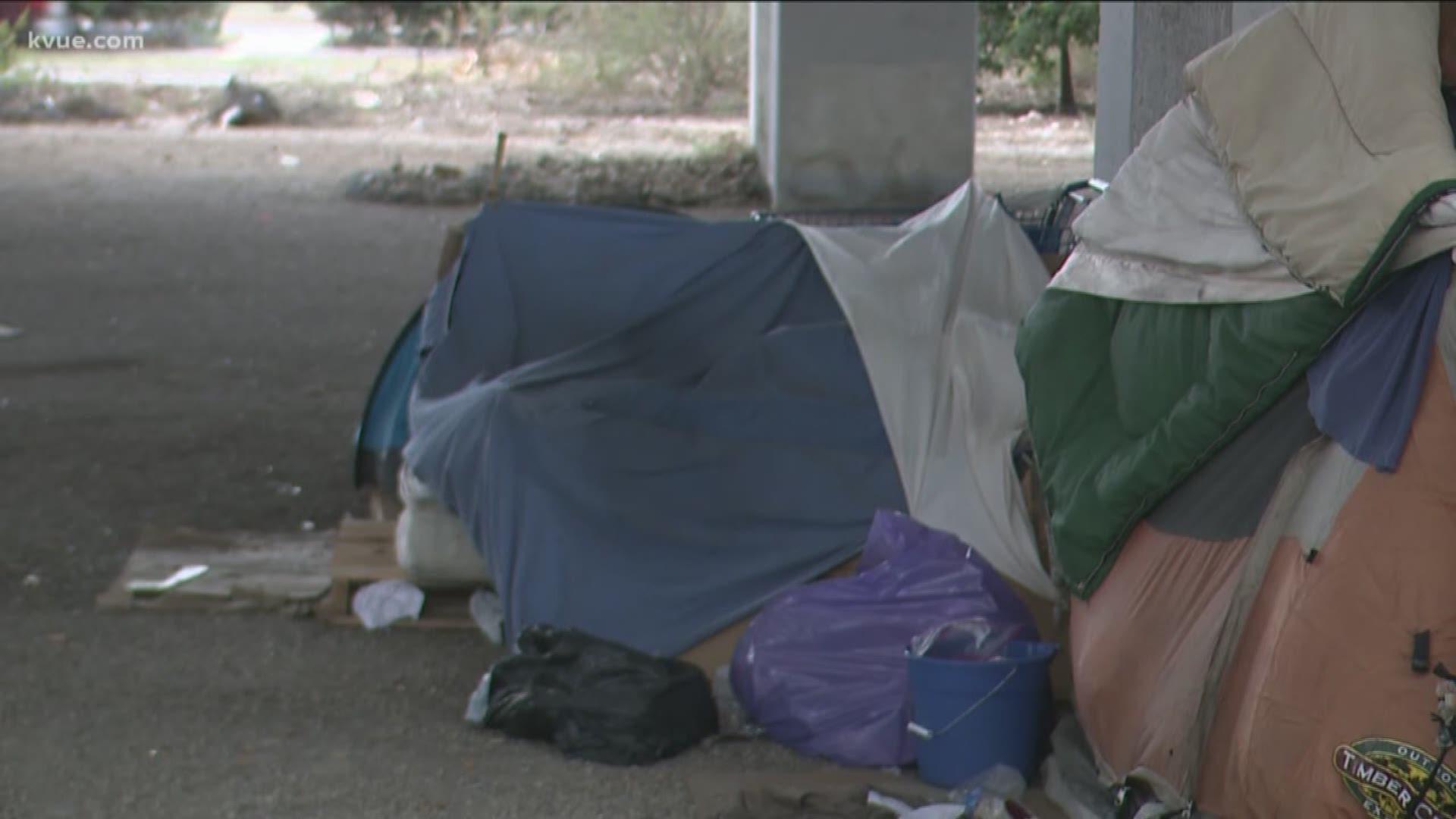 AUSTIN, Texas — Next week, TxDOT is expected to start cleaning up homeless camps underneath overpasses, under direction from Gov. Greg Abbott.

The move comes after Austin City Council voted to update a homeless ordinance, which included banning people from sitting, lying or camping around the ARCH.

KVUE went under overpasses and into homeless camps to talk directly to the people this will affect.

"What are we going to do with all this stuff? I can't even walk," said Virginia, who is in a wheelchair and lives with her husband, Don, underneath an overpass off of Ben White Boulevard.

She said she feels helpless – like Javier, who is also homeless.

"Pretty much, I mean if the city and the people is against us, who do we go to, who do we trust?" he asked.

This was just one of the questions coming from camps on Wednesday. The main question: where will they go next?

"Where will I go? I will walk across the street with as much stuff as I can carry ... and I will wait for them to leave. Then I'm going to go right back there," said Jeffrey.

He said there aren't options left for homeless people. Jeffrey said many will go back to the woods.

"Guys, people are suffering. People are suffering while they're arguing," Jeffrey said, frustrated with how state and city leaders are handling the homeless population. "Yeah, we're still homeless out here. We don't want to be under your bridge. Where do you want us to go?"

'I used to think no one was there for me.' How one church is helping hundreds of homeless get housing

Javier said he feels like the homeless are all alone.

"Everybody is totally against the [homeless] community. I mean I can see why they're against us," he said. "Some of us do have some bad habits, but the majority of us are trying to get back on our feet."

Virginia and Don said they are on a waiting list for housing.

"But I understand there's a long list," she said. "So we just have to be patient."

The notices posted offer ways for homeless people to connect to certain service providers. However, some say that is not enough.

The notices said any items left behind will be removed.

TxDOT is expected to start cleaning up as soon as Monday, Nov. 4.