City leaders say it will take time for the new ordinance to be fully enforceable. 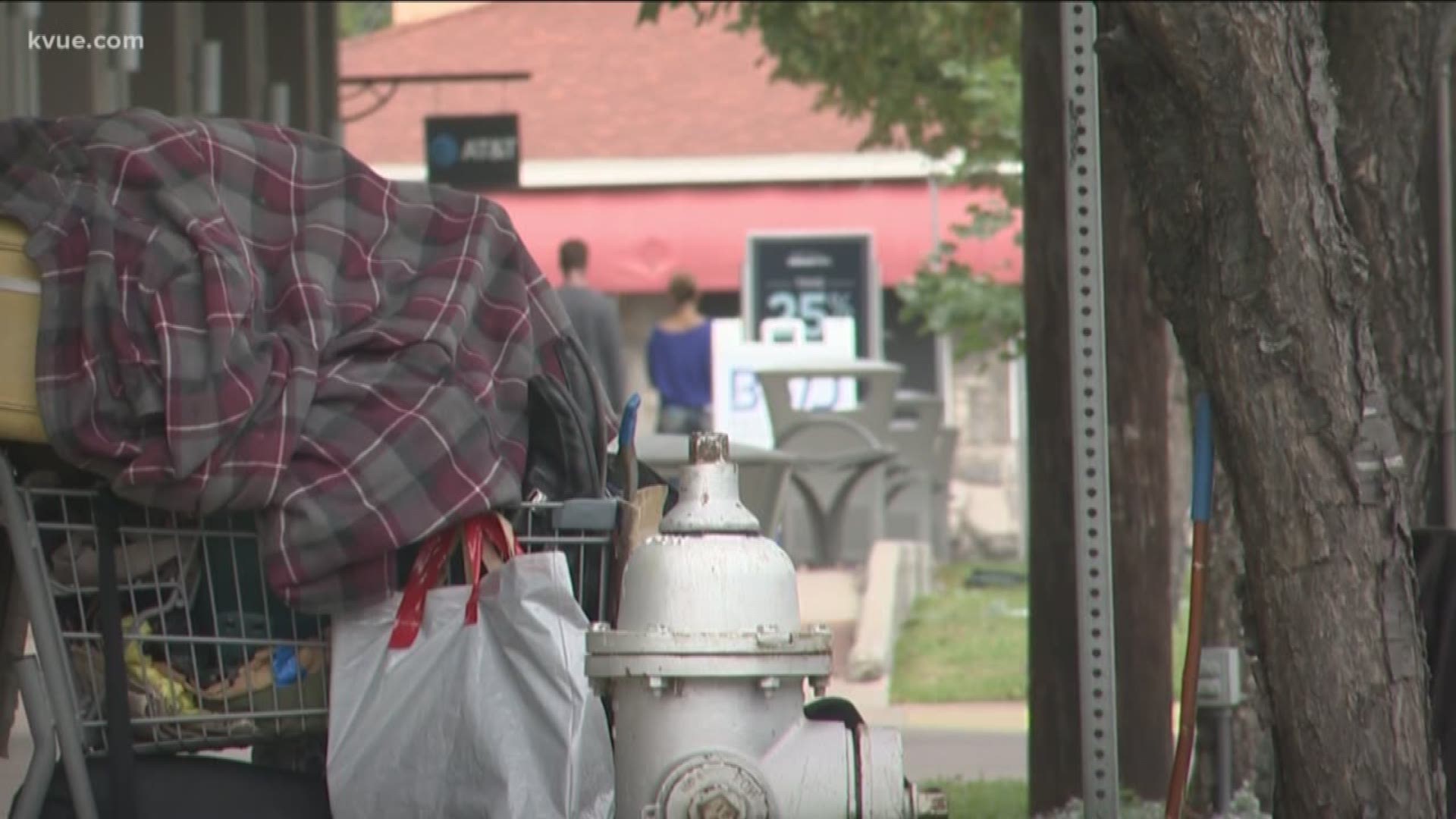 AUSTIN, Texas — After the Austin City Council voted on Oct. 17 to make again changes to the city ordinance regarding where those experiencing homeless can camp, sit or lie, the Austin Police Department has also had to make some changes regarding what it can and can't enforce.

It all stems from the council's decision to lift a ban on homeless camping, sitting and lying in certain public areas over the summer. However, in this month's meeting, the council decided that camping on all city sidewalks will be banned, but sitting and lying down will not – unless it is 15 feet from an operating business. Camping, sitting or lying downtown around the Austin Resource Center for the Homeless (ARCH) will also now be banned within a quarter-mile of the area. That rule will eventually apply to the South Austin homeless shelter when it is built. Camping, sitting and lying will also be banned in high wildfire risk zones or if it is endangering the health or safety of the public.

Below is a list of changes the APD has made to its training bulletin as a result of the Oct. 17 vote:

City leaders call out Gov. Abbott for retweeting video from 2018

The full training bulletin can be found here.

The new ordinances officially took effect Monday, yet you probably won't see much of a change just yet. Before police released their updated training bulletin Monday evening, officers, city workers and volunteers were seen talking with homeless individuals around town, handing out fliers notifying them of the changes and resources.

"We are not going to disperse these people and send them to other places in the city or underpasses or into neighborhoods, we are going to house those people," Austin Mayor Steve Adler said.

And city leaders told KVUE these changes won't happen overnight. First, the city manager has to make sure homeless individuals have had enough time to learn the rules. They must also be offered other services and non-shelter housing.

"We are changing the ARCH and putting social workers and case managers, so that someone who goes in there gets triage and we find out what they need and develop a housing exit strategy," Adler said. "Organizations and city workers are going out and talking to the people that need our help. We don’t want people lying on the street. We want people in safer places.”

The mayor said City Manager Spencer Cronk will speak at a work session on Tuesday to provide a timeline for when the ordinance will be fully enforced.