A new coalition announced a 300-bed homeless shelter coming to Austin Thursday morning. Leaders said they hope it will open in early 2020. 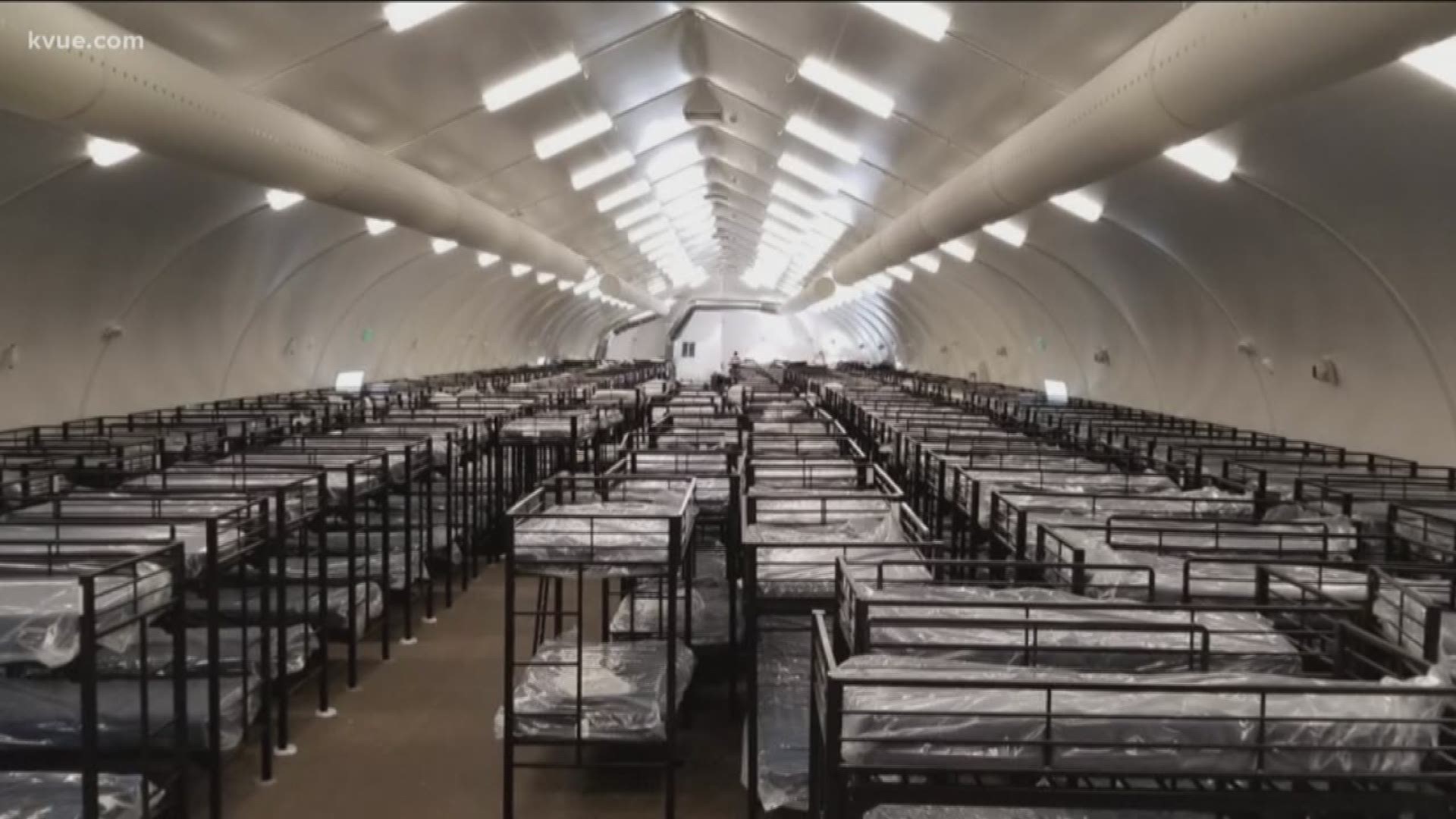 AUSTIN, Texas — ATX Helps, a new coalition to help the homeless in Austin, has announced that a new shelter and storage facility is coming to Austin.

The Thursday morning announcement included details about a new shelter, a storage facility and a family reunification program.

The Austin Chamber of Commerce, the Downtown Austin Alliance and a number of other businesses, nonprofits and faith-based organizations are behind the coalition that's looking to raise $14 million in private funds to support the homeless population.

"We're talking about human beings who are desperate and have no other choices, and we cannot forget that," said Brian Cassidy, CEO of the Austin Chamber of Commerce, at the beginning of the meeting. "The time to come together, and put politics aside, is now."

According to Dewitt Peart, president and CEO of the Downtown Austin Alliance, on any given night there are 1,100 people living unsheltered in the city of Austin.

"On any given night there are 1,100 people living unsheltered in the city of Austin," said Peart. "This has raised 63% in the past five years ... 54% of our homeless population is chronically homeless, which is 30% higher than the national average – this is completely unacceptable," Peart said.

The Downtown Austin Alliance CEO announced that they will be partnering with the ATX Helps coalition.

The coalition wants to bring in the City's first "Sprung shelter."

"[It] will be a facility where homeless folks who want and need help – and key on who want help – can go to and seek the services they need, have a shelter place," said Cassidy.

Here is a photo of the Sprung shelter in San Diego:

Cassidy said they expect the shelter to open in the first quarter of 2020. The shelter would be temporary, with hopes that the average stay is 90 days.

"They can actually be erected fairly quickly because they are a temporary structure, in a sense, with a very permanent feel to them," Cassidy said.

Cassidy said the coalition aims to have the shelter open for two years and hopes it acts as a bridge to get people help and into permanent, supportive housing.

The location of the structure has yet to be determined, according to Cassidy. He said, ideally, it would be located within half a mile of downtown, but he said he's not sure that's feasible. He said they are currently scouting multiple locations, including one the State recently offered.

"We need to get this on the ground quickly," said Peart. "We might be working on creating shelter space in South Austin or in other places, in permanent buildings, but it’s going to take too long to do that. We don’t have the luxury of time here. That’s the advantage of this Sprung system. It’s the speed in which we can deliver it."

Both Cassidy and Peart said the fully heated and air-conditioned shelter can hold around 150 bunk beds, sleeping 300 people.

"Shelter alone does not solve homelessness, thus shelter and housing must always be considered in tandem," Peart said during the conference.

The shelter will provide more than just safe sleeping. It will also serve as a navigation center for homeless people, complete with dining and sanitation services like showers, bathrooms and laundry facilities.

There will also be comprehensive wrap-around services to help people address drug and alcohol addiction and mental health.

He said the people who would not be allowed in are those that pose a danger to themselves or others.

"But those that are in need can get in there without having to jump through a lot of different hoops that keep them out of eligibility for some of the other facilities that might otherwise be available," Cassidy said.

People will not be required to take drug tests to enter. The shelter will also have 24-hour security.

"The shelter is one piece of the solution set," Peart said. "There’s also an element around providing storage."

Another barrier the coalition is hoping to break down is a lack of storage for people, which Peart said often keeps homeless individuals from going to jobs or doctor's appointments.

"The No. 1 need from people experiencing homelessness is 'I have no place to put my stuff,'" Peart said.

Peart said the shelter will have large, lockable bins for each person staying inside.

"But also, there’s a separate facility that is solely storage," Peart said. "So a person doesn’t need to be in the shelter to use the storage facility." 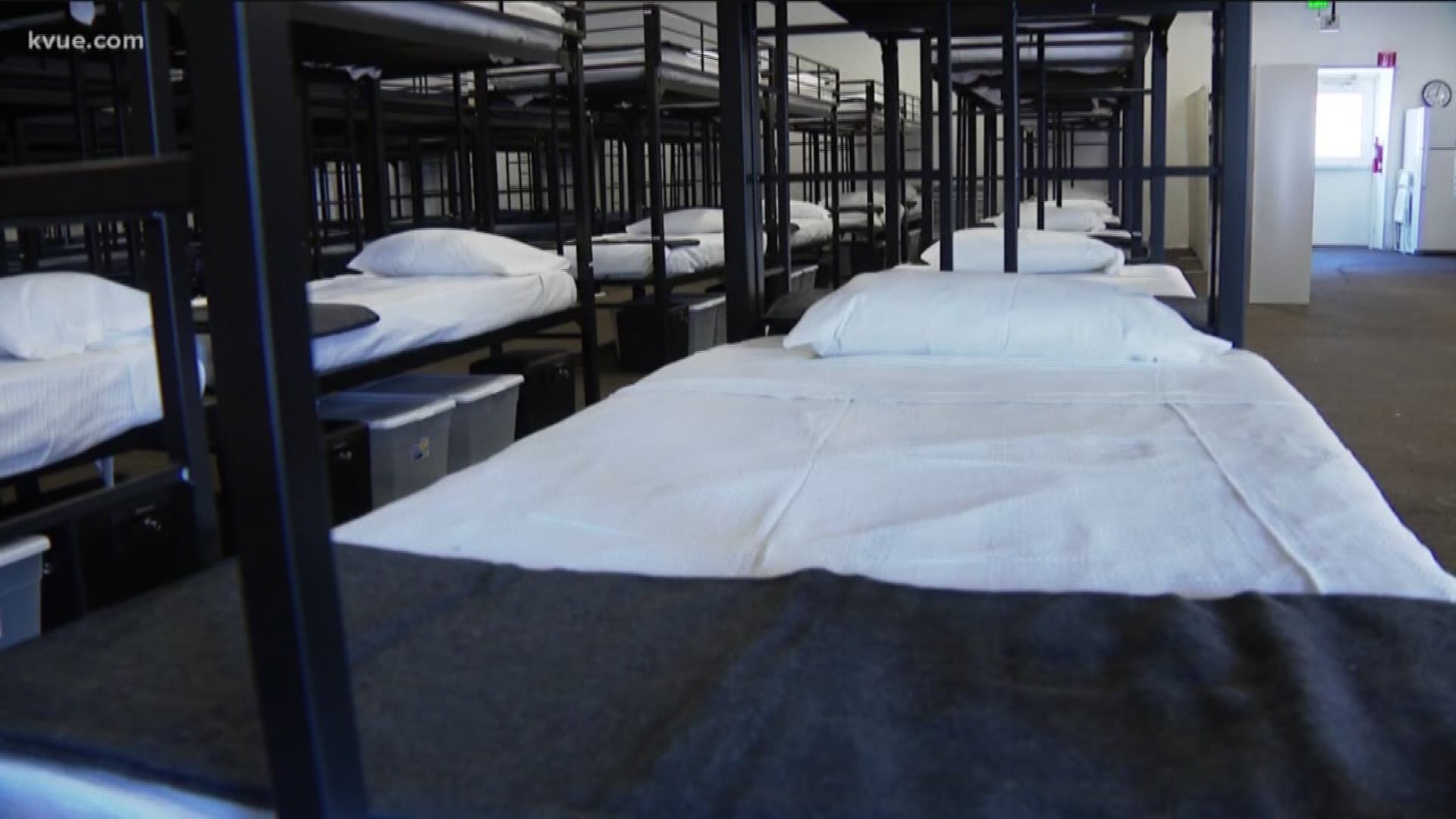 For someone who is homeless, knowing their possessions are secure would encourage them to go out to work and job interviews, Peart said during the panel.

Ideally, Peart said the facility would be in a warehouse "under tight security." It's all still in the planning phases, but he said it would likely be open seven days a week with limited hours.

He said everything stored in the location would be sanitized.

"Is this the answer to solving the problem? No," Peart said. "But if someone can get a job or get health care, that brings a solution to the problem that currently is a barrier."

Along with shelter and storage, Peart said the coalition wants to start a family reunification program. He said this is part of their outreach aspect.

Peart said this would be a mobile aspect, where outreach professionals speak with homeless people to try to bring them into services or help reconnect them with family who could house them.

During the panel, the CEO also stated that San Diego has seen success with reuniting around 1,800 individuals with their families in a little more than two years.

Cassidy and Peart said the coalition would need $5 million to get things started. The Sprung shelters cost around $2 million for the structure with furnishings.

Peart said, in theory, the shelter will be funded completely through the private sector.

WATCH: A look inside San Antonio's Haven for Hope