The memo was released Friday morning to the Austin City Council and Mayor Steve Adler.

AUSTIN, Texas — New guidance from the Austin City Manager’s Office calls for limiting homeless camping, sitting and lying in areas with high car and pedestrian traffic, as well as areas with a high risk of flooding.

The memo, which can be read online, was released Friday morning, a little more than two months after the city council approved homeless camping, sitting and lying across the city.

“Any limitations considered for identifying where an individual should not live/sleep will need to be carefully thought through in terms of enforcement and an individual’s constitutional rights,” Assistant City Manager Rodney Gonzales wrote in the memo.

The memo calls for similar rules that the City has in place for micro-mobility devices – such as e-scooters – which require at least three feet of clearance for accessibility in areas with high pedestrian traffic.

"Frankly, for the first time in five years, I actually see a way forward and have not felt that over the last five years," Mayor Steve Adler said following the release of the memo.

Earlier this week, University of Texas Police Chief David Carter requested the city ban camping, sitting and lying on “The Drag” and West Campus – but the memo did not specify those areas.

In addition to high pedestrian traffic areas, the memo recommends limitations in high vehicular traffic areas due to the health and safety issues that come up when people live or sleep there. 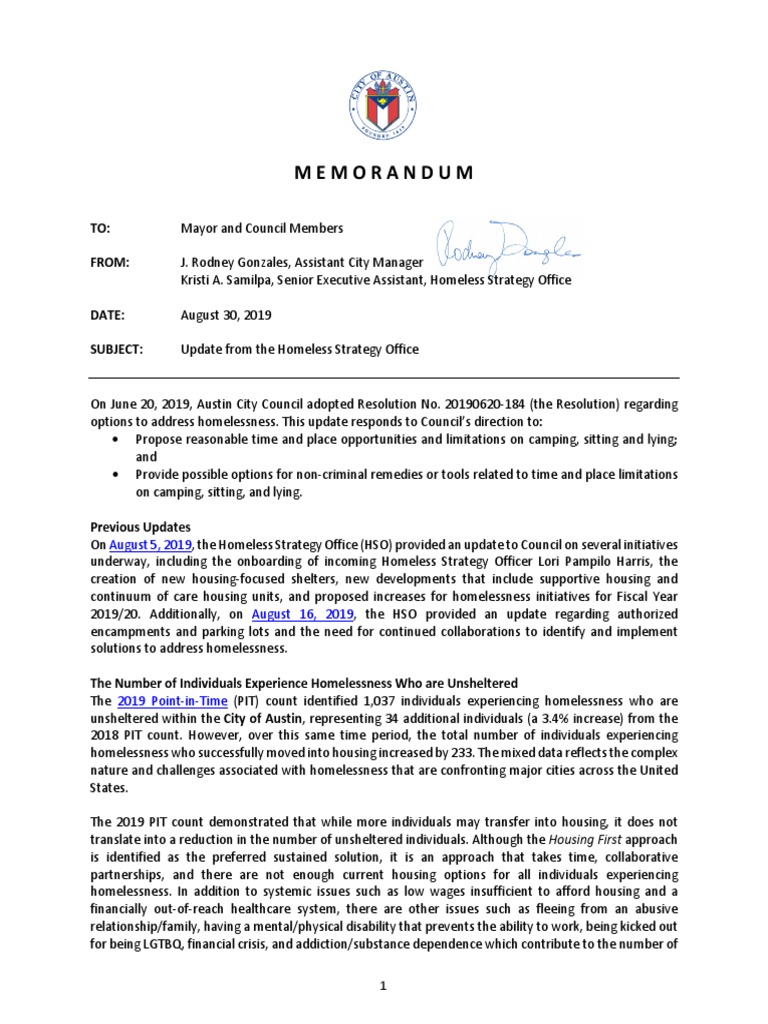 The memo also suggests not allowing living or sleeping in areas with high flood risk.

“Floodways, busy sidewalks, roads were not built for people to live and sleep on. These places are not healthy nor safe for the people trying to live there, and living there then creates additional safety concerns for pedestrian accessibility, and being accidentally hit by a motorist. That’s why they’re the focus of the camping, sitting and lying limitations criteria provided to Council. We’re ready to assist Council as they consider their next steps,” a city spokesperson said in a statement.

The City said the Homeless Strategy Office is ready to work with other organizations to create systems and infrastructure that make homelessness “rare, brief, and non-recurring.”

"I remain encouraged by the community conversation that's happening. I think we are closer now than we've ever been before to actually doing something about the challenge," Adler said.