"I think the council would be fine with setting a special called meeting in January, after the holidays," Mayor Steve Adler said. 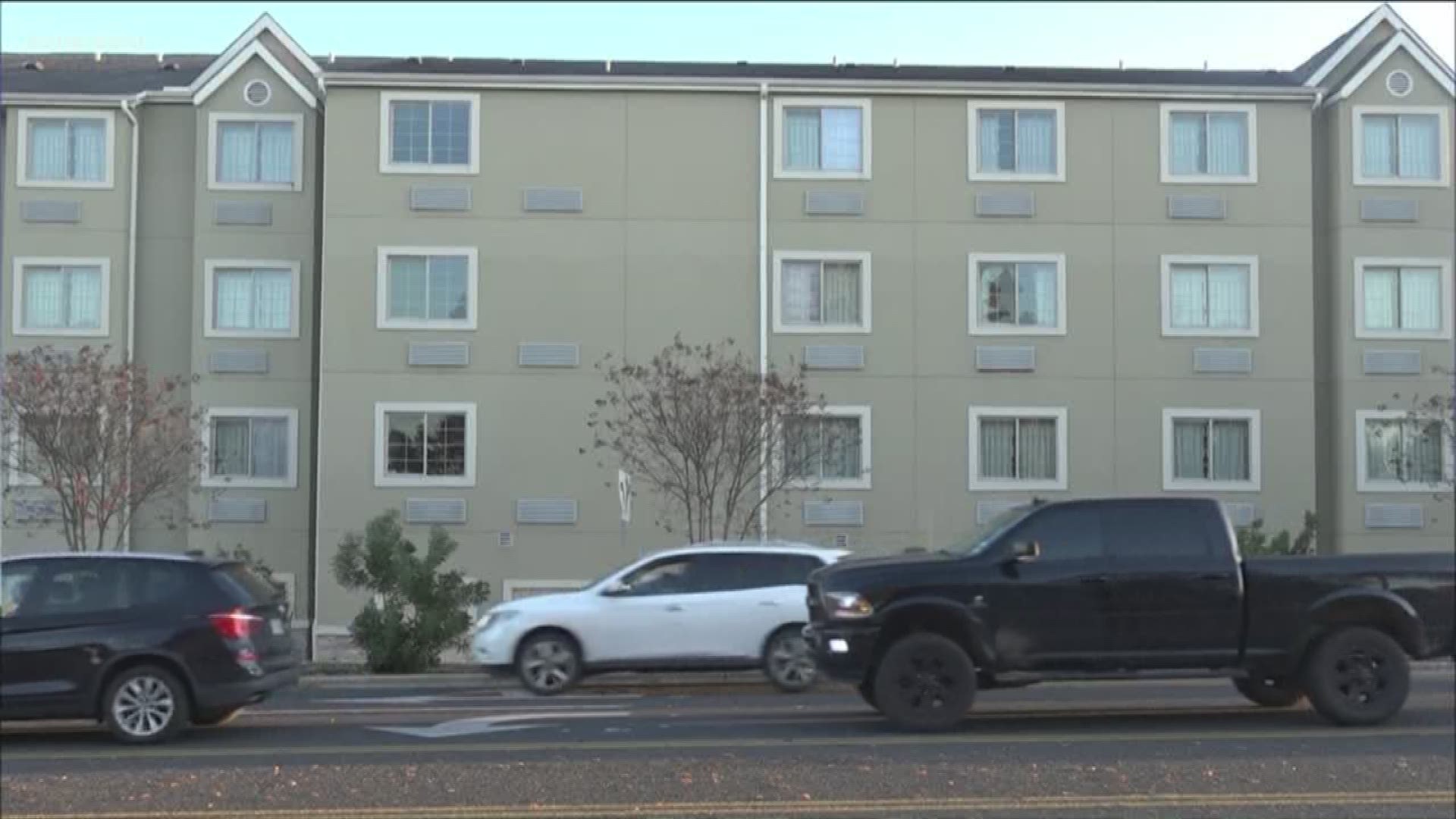 AUSTIN, Texas — The Austin City Council has delayed voting on an ordinance that would amend the Office of Real Estate Services' budget to increase appropriations by $7.8 million in order to purchase and renovate a building to house Austin's homeless population.

Within the $7.8 million, $6.8 million would be allocated to purchasing the building, leaving $1 million for potential repairs and renovations.

RELATED: City of Austin may consider screening all motels for sale to house homeless

According to the City, the Office of Real Estate Services identified a building, located at 7705 Metro Center Dr., that would provide shelter and services to the homeless population. It's the address of a MicroTel Inn and Suites by Wyndham.

"Bringing on more motels is a high priority, and there's a real sense of urgency," said Mayor Steve Adler. "I think it's a great strategy. It saves us 40% of dollars, but we need to make sure as we move through this motel strategy, with urgency, we do it in a deliberate and prudent way, and there are some legal issues associated with this particular property that we need staff to take a look at."

On Tuesday, the council discussed the proposal and agreed to delay the vote. The Ending Community Homeless Coalition (ECHO) said the delay came after concerns were raised in executive session regarding the site's location and restrictions around the overlay of the airport, as well as the "long-term operating costs" that came with the location.

"I think the council would be fine with setting a special called meeting in January, after the holidays," Adler said. "There's a sense of urgency, and I think everybody is aligned on this and we need to get it, but at this point, being as prudent as we can be, probably it's best for us not to move forward right now on this."

ECHO wrote to the city manager's office on Dec. 2 supporting the purchase to use the building as housing. In the letter, ECHO said it would be committed to raising funds for the operation of buildings that it endorses.

"We're just onto the next one," said ECHO executive director Matt Mollica, "trying to find a new opportunity, something that works really well for us, similar to the MicroTel from a setup, having interior facing rooms, the size and the scope of the project. So we're just moving forward, committed to the strategy."

KVUE spoke to one person who lives a half-mile from the Microtel Inn and Suites who said the idea could work.

"I think it’ll be a positive thing. It’ll be a good thing because at least living right here in this neighborhood, if I drive five minutes towards downtown, there are homeless people camping out into the median," Tiera Lee said.

Lee said she's only lived in Austin a few months but notices the homeless population.

"Might as well give them a safe place to stay that’s five minutes in the opposite direction," she said.

She said her concern if it was approved is the possibility of the building filling up.

"So, if the homeless shelter becomes full – then like, what happens? Like, do everybody start just migrating out there?" Lee asked. "But I also wonder would that be terribly different than what it is now?"

ECHO also said that an initial investment of nearly 200 to 300 units would create a large impact on Austin's homeless population.

"I think that in order to get to 300 units we’re going to have to bring in some more motels, probably two more, maybe three," said Adler. "And I want us to get moving to get that done as quickly as we can, but being deliberate and prudent and responsible about it, and I think that’s what the council was doing today."

Adler called for the city manager to come back with information for meetings, likely in January, to further discuss this topic.

According to the City's Recommendation for Action, the number of unsheltered people has grown by 638 individuals over the past five years.