As Austin grew, so did the number of homeless people. 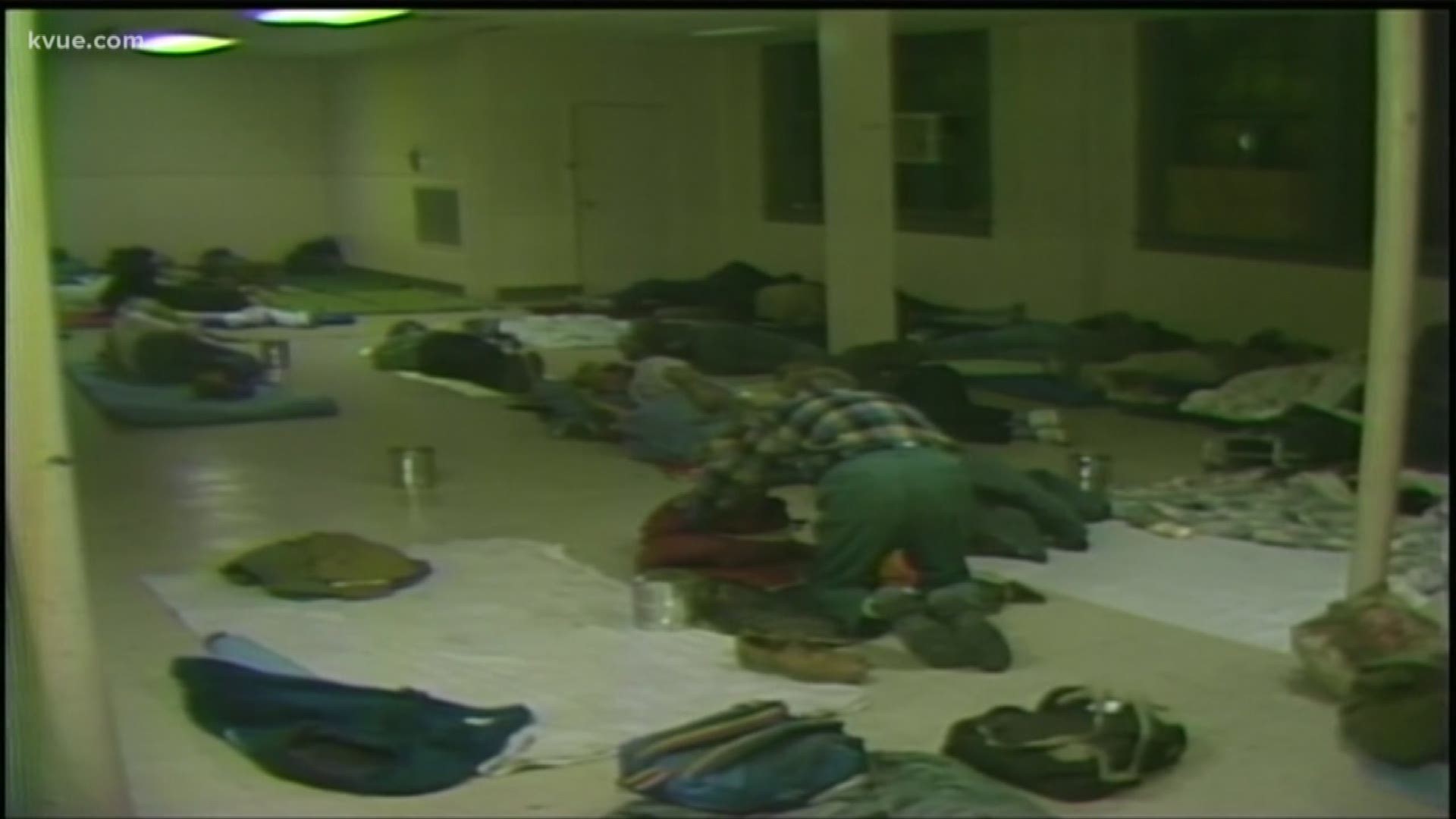 AUSTIN, Texas — Homelessness in Austin is not a new issue.

Homeless people have always been part of the fabric of the city, living on the streets and camping in secret places. And as Austin grew, so did the number of homeless people.

The 1980s was the decade of awareness, even as the homeless population was still referred to as "transients."

A bad economy then led to the opening of soup kitchens. In 1983, an early KVUE story focused on an overcrowded Salvation Army shelter.

"It's 7:30 in the evening and already homeless men are claiming spots on the floor of Salvation Army Headquarters," former KVUE reporter Geoff Wool said in the story.

Austin and Seattle: Comparing two cities as they grapple with homelessness

In 1985, former KVUE reporter Pat Comer lived on the streets and in the homeless shelters of Austin for weeks to report on the conditions.

"One hundred to 200 men sleep on mats on the concrete floor with the rats and the roaches," Comer said in a report.

That same year, Austin formed its first homeless task force to find ways to serve the homeless population, including trying to provide medical care, food and a safe place to sleep for those without a home.

There were some improvements in the 1990s, when more social services stepped in to help.

In 1997, a new plan to help address the issue was presented, which eventually led to the 2004 opening of Austin's Resource Center for the Homeless, or the ARCH, which provides meals, shelter and health care for some members of the city's homeless population.

After nearly 35 years, Austin is still searching for solutions to help more people experiencing homelessness in the city.