The City said 143 people experiencing homelessness have now been relocated during the HEAL Initiative. 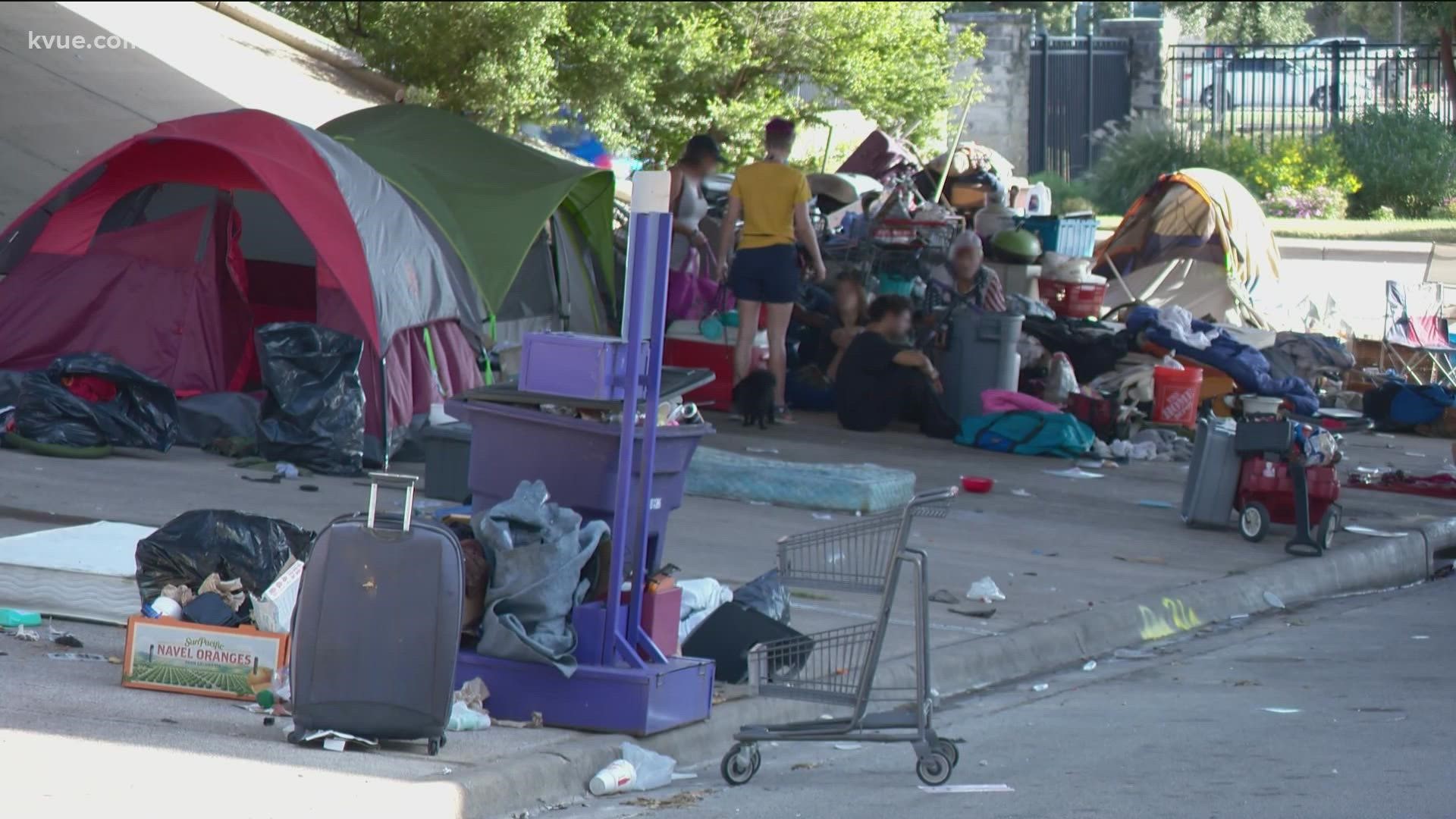 AUSTIN, Texas — The City of Austin moved 23 people from a homeless campsite at the underpass at Highway 183 and Oak Knoll Boulevard on Tuesday, according to a press release.

This is the fourth and final encampment site cleared under the Housing-Focused Encampment Assistance Link, or HEAL initiative. Twenty individuals were relocated from the first HEAL site at Terrazas Library in June, while nearly 50 were moved from the underpass on Ben White Boulevard and Menchaca Road last month.

The City said 143 people experiencing homelessness have been relocated during the process. The Austin City Council has budgeted another $6 million for Fiscal Year 2022 to house another 200 individuals for Phase Two of the HEAL Initiative.

“The HEAL Initiative opens an important door for people who have been living unsheltered for far too long,” said Homeless Strategy Officer Dianna Grey. “To move from an encampment to a secure, private room has an immediate and dramatic impact on their health and safety, and their ability to focus on their next steps.”

The City is offering temporary shelter and a path to permanent housing by the end of the summer to individuals living at four homeless encampments across the city through the HEAL initiative. The four camping sites are in Southcentral, East, Downtown and Northwest Austin, according to the press release.

Once the individuals already staying at the shelter are transferred to permanent housing, their rooms will become available.

“What we are learning from these first few months of work will strengthen our overall response and effectiveness going forward,” Grey said.

The council passed the HEAL initiative in February.

In April, City leaders set a goal to house 3,000 people experiencing homelessness in the next three years at the Summit to Address Unsheltered Homelessness in Austin. The plan aimed to house 100 people by June 2021, and 200 by August.

In an update on that first June milestone, a spokesperson for the summit said 79 people were moved into “stable housing” from April 1 to June 30, according to data from the Homeless Management Information System.