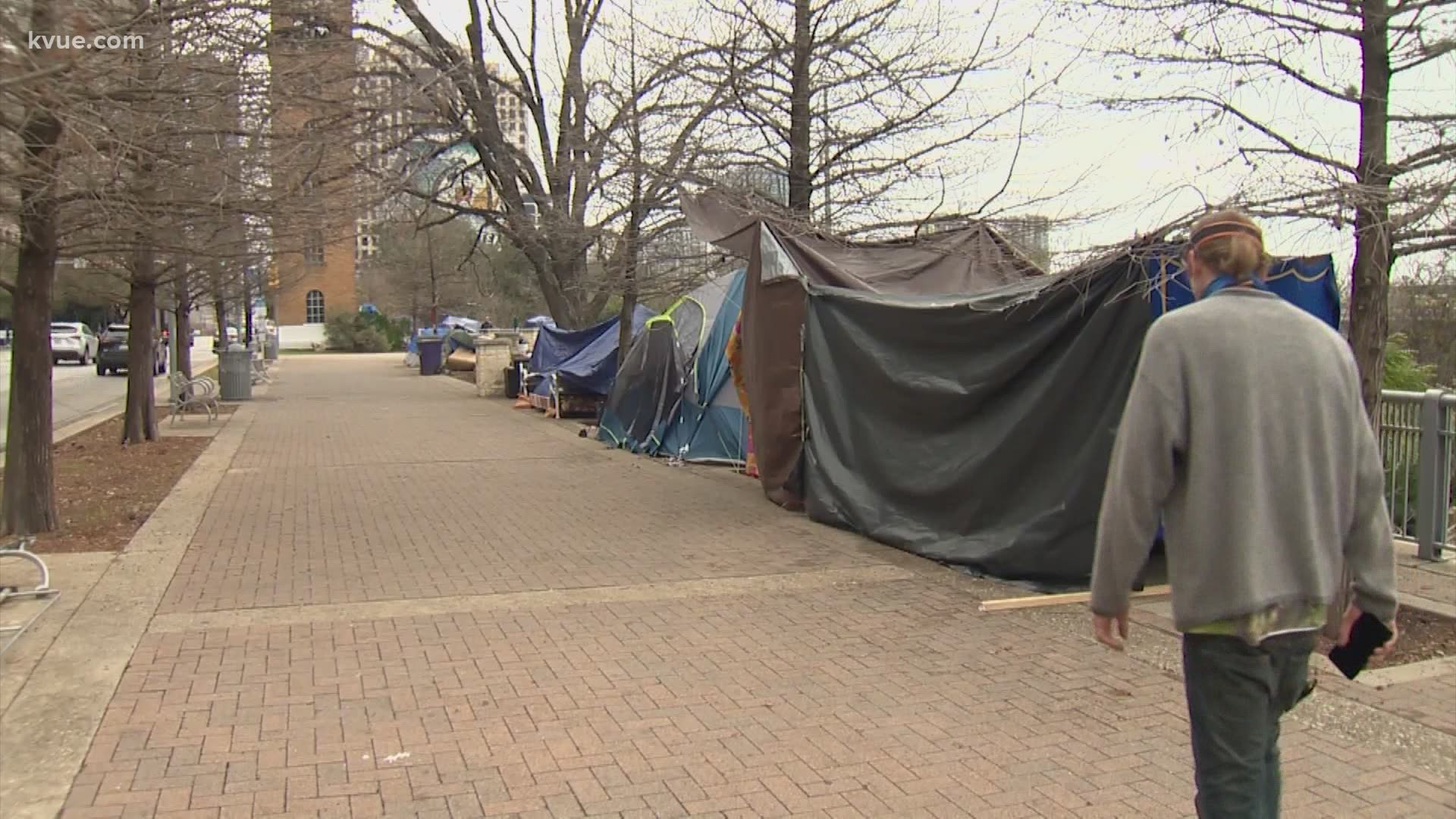 District 5 Councilmember Ann Kitchen posted in the council message board that she and her co-sponsors have posted the "HEAL Initiative" for the Feb. 4 agenda. Kitchen said the initiative "represents an effective addition to the valuable efforts that our homeless service partners and city staff are currently pursuing in our community."

Six councilmembers are sponsoring the item aiming to remove those experiencing homelessness from four high-traffic areas in Austin and into shelters.

The initiative would be developed and implemented through collaboration with the City of Austin's Homeless Strategy Office, Austin Public Health, the Housing and Planning Department, ECHO, Integral Care and the homeless service and provider community.

The purpose of the initiative, the resolution states, is to immediately house people in safe shelter, create a path to permanent housing and, over time, eliminate the need for unsheltered camping in Austin.

The resolution directs the city manager to implement the HEAL initiative through a phased approach, starting with high-priority Phase I encampments located in different areas of the city that "pose risks to public health and safety due to close proximity to vehicular and pedestrian traffic and other hazards," the resolution states.

If it passes, the city manager will have to figure out an implementation plan and how to clear the encampments without involving police or issuing citations.

Starting with these locations is intended to provide Homeless Strategy Officer Dianna Grey the opportunity to pilot, assess and learn from HEAL approaches and methods and "immediately begin to address pressing needs for assistance to protect health and safety."

The resolution states that the city manager should complete the process for Phase I HEAL Priority Locations within six months of the effective date of the resolution.

The four Phase I HEAL priority locations are:

The resolution also states that the council directs the city manager to return to the council for action no later than the council meeting on Feb. 18, with an appropriate ordinance to amend City Code Section 9-4-11 (Camping and Obstruction in Certain Public Areas Prohibited ) to add the Phase I HEAL locations to the areas where camping is prohibited. The ordinance language would also include a provision for signs indicating the camping prohibition at the identified location.

"The effective date shall be upon completion of the HEAL initiative for the specified location," the resolution states.

The resolution also states that the city manager return to the council for action no later than the Feb. 18 meeting with any "ordinances or other documents necessary to enable the City to dedicate at least $3 million for Phase I of the HEAL initiative to fund solutions for housing and shelter; to fund support services ... and to provide the supportive services necessary to transition to shelter and to permanent housing."

Read the resolution in full below:

Kelly, who is a vocal supporter of reinstating the City's camping ban, commended the work done on the resolution.

"I am grateful to CM Kitchen as well as, CM Pool, CM Tovo, and CM Renteria and staffs for working so hard to craft this solution. The 'healing' that Housing-Focused Homeless Encampment Assistance Link aims to accomplish is in part the mending of relationships between housed and unhoused neighbors here in the City. We may best respect our neighbors experiencing homelessness when we offer assistance that is both wanted and effective. In addition, we best respect our wider community by ensuring that public areas in which we live, work and play are welcoming, clean and safe," Kelly said in part.

The announcement of the resolution comes in wake of recent pushback from Gov. Greg Abbott about homelessness in Austin. On Jan. 20, the governor tweeted that if Austin doesn't reinstate the ban on homeless camping, "the state will do it for them." Then on Jan. 21, Abbott said there will be a "statewide plan to address homelessness and to address a ban on camping."

As Walmart readies to offer vaccines in Texas, Bastrop pharmacy says doses not available yet