The program is about two weeks in, and 99 people have been surveyed. Thirteen were already staying in a shelter and 22 stayed at least one night after getting help. 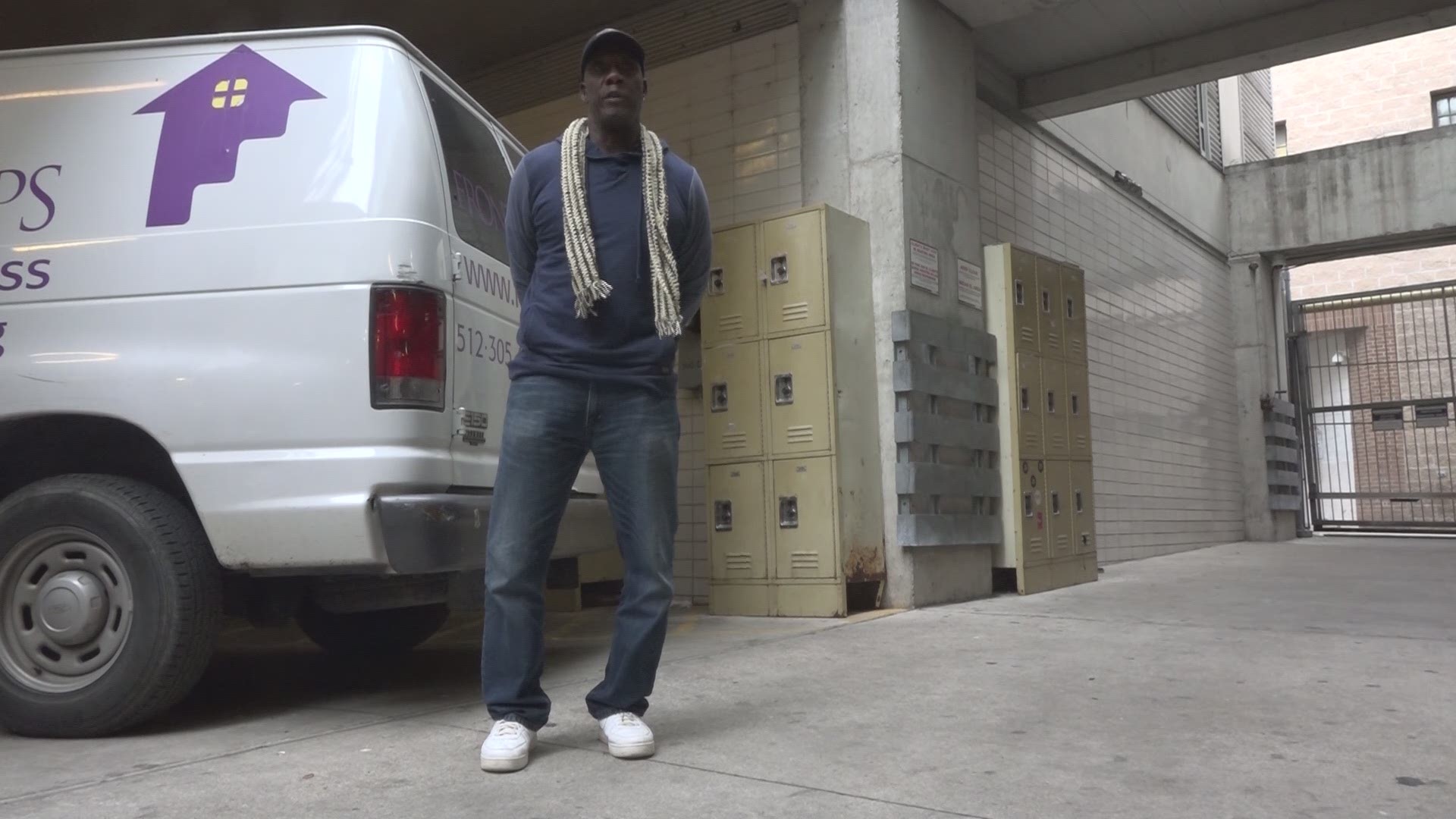 AUSTIN, Texas — It's now two and a half weeks into Guided Path, a pilot program where the City of Austin, along with over a dozen local organizations, is aiming to assist people experiencing homelessness who are currently living outside and around the ARCH.

Over the last few weeks, the Homeless Outreach Street Team (HOST) and ARCH employees went person-to-person, surveying people on how to help end their housing crisis. The goal is to connect people to services as quickly as possible.

The program is part of the City's new encampment strategy response. The organizations involved in the pilot include Integral Care, Front Steps, ECHO, the Foundation for the Homeless, SAFE Alliance, the Salvation Army, Austin Recovery, Caritas of Austin, Casa Marianella, Communities for Recovery, Family Eldercare, Foundation Communities, LifeWorks, The Other Ones Foundation and more.

As of Tuesday morning, the City's Homeless Strategy Office and ECHO said 99 people were surveyed. Thirteen were already staying in a shelter, and an additional 22 people stayed at least one night in a shelter after being engaged through the pilot.

“It’s looking very promising that the majority of individuals are willing to engage with us," said Greg McCormack, the executive director of Front Steps. “This is the first time in Austin I think we as a community in Austin and a community of homeless service providers have come together and all agreed to come together and tackle one project, one area and one group of individuals [to] see what we can do."

McCormack is optimistic that this pilot will be repeated in other places.

“I think this is the first of many initiatives of looking at either encampments or areas where people are staying that we want to try to offer some coordinated or consolidated resources to resolve their homelessness," McCormack said.

One person who has benefited from the program already is 60-year-old Robert Baines.

"I never anticipated being homeless like this ... never saw this coming," said Baines, who has been homeless for a year and a half. "One of the most horrible experiences I've ever had because I just couldn't work and maintain my life and my hygiene. And nothing else – being outside."

But despite the struggle, Baines has goals. He said he loves to cook and used to work in the restaurant business. He hopes to get back there.

He's been able to sleep at the ARCH after being connected with Caritas of Austin. He said he's waiting on being set up with a case manager.

"It means a lot. It's just like, you got so much done in so little time ... I just refuse to let this be my life," Baines said.

Baines also believes this program could help a lot of people.

“It was, for me, the adversity that made me stronger because I just couldn’t give up trying to get back to where I need to be," Baines said.