The City said park visitors should see an improvement "in the coming days." 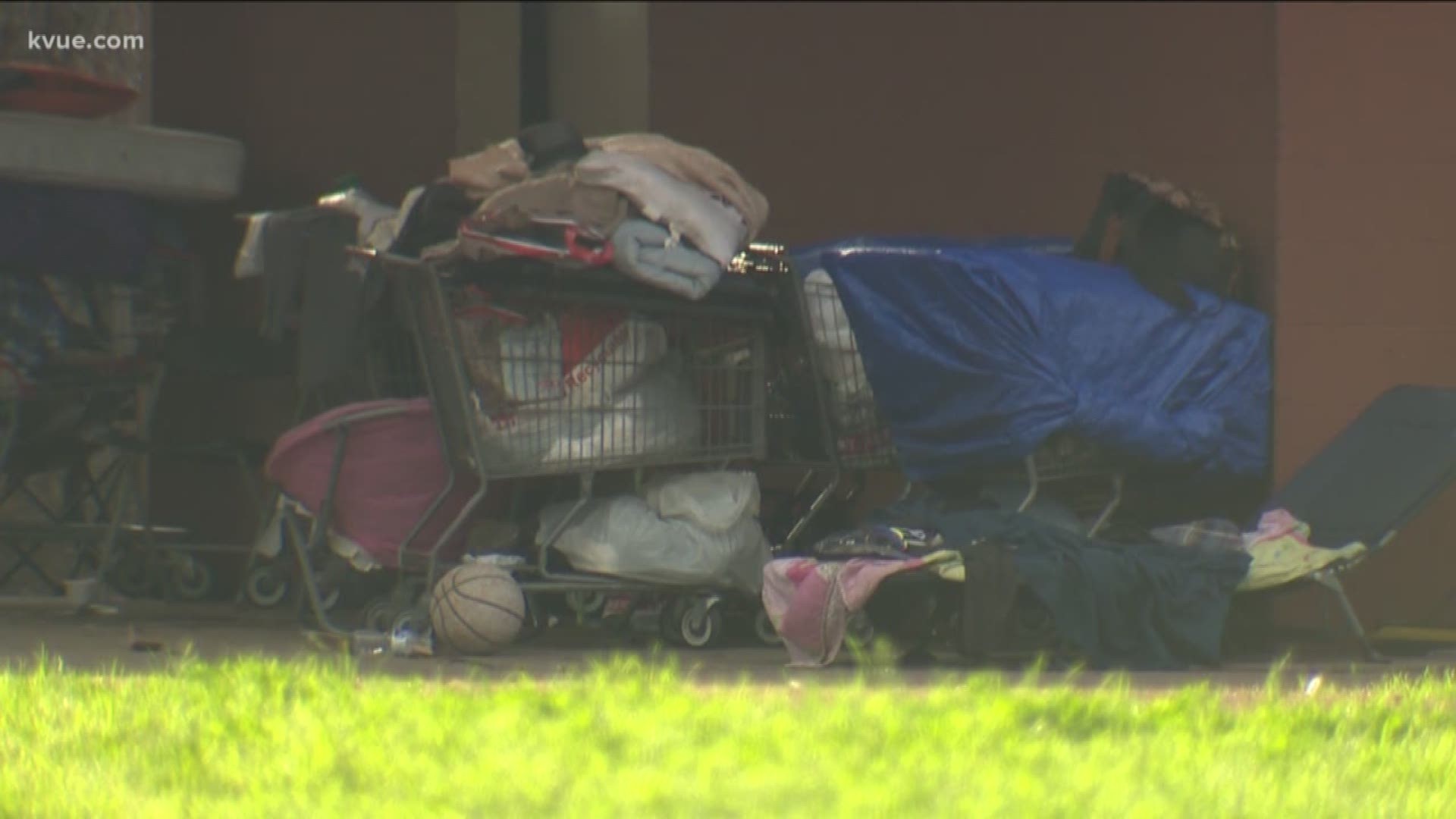 AUSTIN, Texas — A homeless camp at a South Austin neighborhood park will be cleaned up in the coming days after the City received complaints about its conditions.

Tents, shopping carts and mattresses have become a common sight at Gillis Park – and it's keeping some families away, including Daren Raykovich's.

"There's multiple tents on the roadside. The restroom area is just overrun," he said. "There's always been multiple people living in there, but it hasn't been as bad as it is now."

Raykovich used to bring his kids to the park until he noticed the tents kept multiplying.

"Parks, especially a park where children are supposed to come and play and it's right across the street from a high school, that's not a place to camp," he said.

He said he called Austin 311 more than a week ago, but the tents, mattresses and shopping carts still remained Tuesday when he visited the park.

He then took his frustration to social media:

But Wes Bickham, the acting environmental coordinator for the City's Parks and Recreation Department, said the City is aware of the complaints.

"We have met with the individuals there. We have given them notice, educated them on the legalities of camping inside parkland and connected them to social service providers," Bickham said. "In the coming days, they should notice a decrease in the individuals living there."

Bickham said it's not just a problem at Gillis Park.

"Camping is occurring in a large portion of our parkland," he said.

Getting all the resources lined up to enforce the camping ban ordinance takes some time.

"It can be hard to see, but we are taking action," Bickham said. "We just ask the public to bear with us as we work through these issues. I think everybody can understand how complex the issue of homelessness is."

"I don't feel safe bringing my kids here," he said.

According to Austin 311, it had received at least five homeless complaints at Gillis Park since July 1, 2019.

Bickham said the best way to report illegal camping at City parks is to file a report with 311. He said they do listen to each complaint they receive.