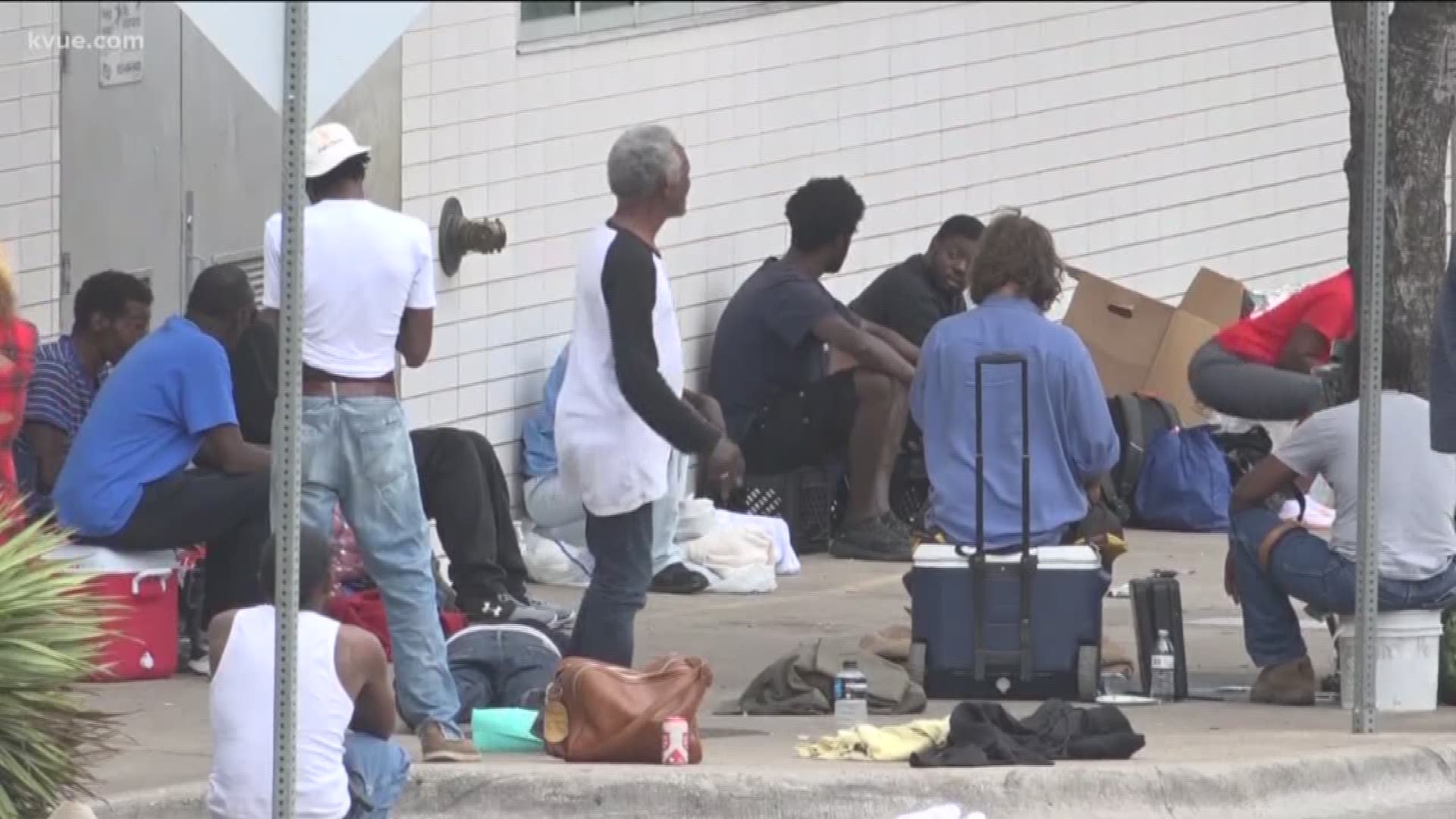 AUSTIN, Texas — The Austin City Council is expected to revise its controversial homeless ordinance this week.

"I really hope that the council takes action on Thursday with respect to the ordinances because it's really important that our community turn its attention away from the ordinances and to the only thing that will actually solve this challenge, and that's getting people who are experiencing homelessness into homes," Mayor Steve Adler said Monday.

The city council is expected to discuss and vote on the changes at their city council meeting at City Hall on Thursday, Oct. 17.

A draft ordinance that could replace the city's current code can be viewed here.

The proposal was posted over the weekend by Councilmember Ann Kitchen. It's co-sponsored by Kathie Tovo, Alison Alter and Leslie Pool.

Councilmember Delia Garza also posted a proposal of her own Wednesday evening.

It includes specifics, like where camping, sitting and lying will be prohibited: Sidewalks, certain streets, medians and highway underpasses.

"It provides greater clarity on what the existing law is," Adler said.

Late Sunday, council member Paige Ellis released a statement demanding the city manager's office provide a plan to address homelessness by Tuesday's scheduled council work session. She noted the plan was expected by Aug. 30, "yet to date we have not seen a plan."

When council voted to change the ordinances in June, Adler and other leaders said the city manager's office would come back with recommendations on where to ban camping.

On Aug. 30, a memo from the city manager's office offered guidance to the council on where camping, sitting and lying should potentially be banned but didn't provide specific areas or streets.

On Oct. 4, the city manager's office provided another memo to council indicating it would use the Ending Homelessness Coalition (ECHO) plan "as the City's guiding document for addressing homelessness."

But Adler said the ECHO plan doesn't go far enough and he still has expectations of the city manager's office.

"We also need the overall plan," Adler said. "The council asked the manager to put that plan together by the action we took in June. We have yet to see that overall kind of master plan that establishes priorities and who's doing what by what times and what the goals are against which we measure success."

Adler said the ECHO plan is a list of what needs to be done, but not priorities. He expects city manager Spencer Cronk and his staff will present more to the council at Tuesday's work session.

"After my prior letter, you publicly assured Austin Police Chief Manley that if the police needed anything, 'just tell us what it is and we will do what we can to facilitate.' Among other things, the Chief has suggested a reinstatement of the camping ban. I agree," Abbott wrote in his second letter.

On Wednesday, KVUE is taking an in-depth look at the impact of homelessness on the City of Austin. It's all part of KVUE's year-long project, "Our Homeless: Struggle on the Streets." KVUE will have extensive coverage all day long starting at 4:30 a.m.