KVUE put together an interactive map to show you the 20 locations where Austin Watershed Protection Department is doing homeless camp cleanups. 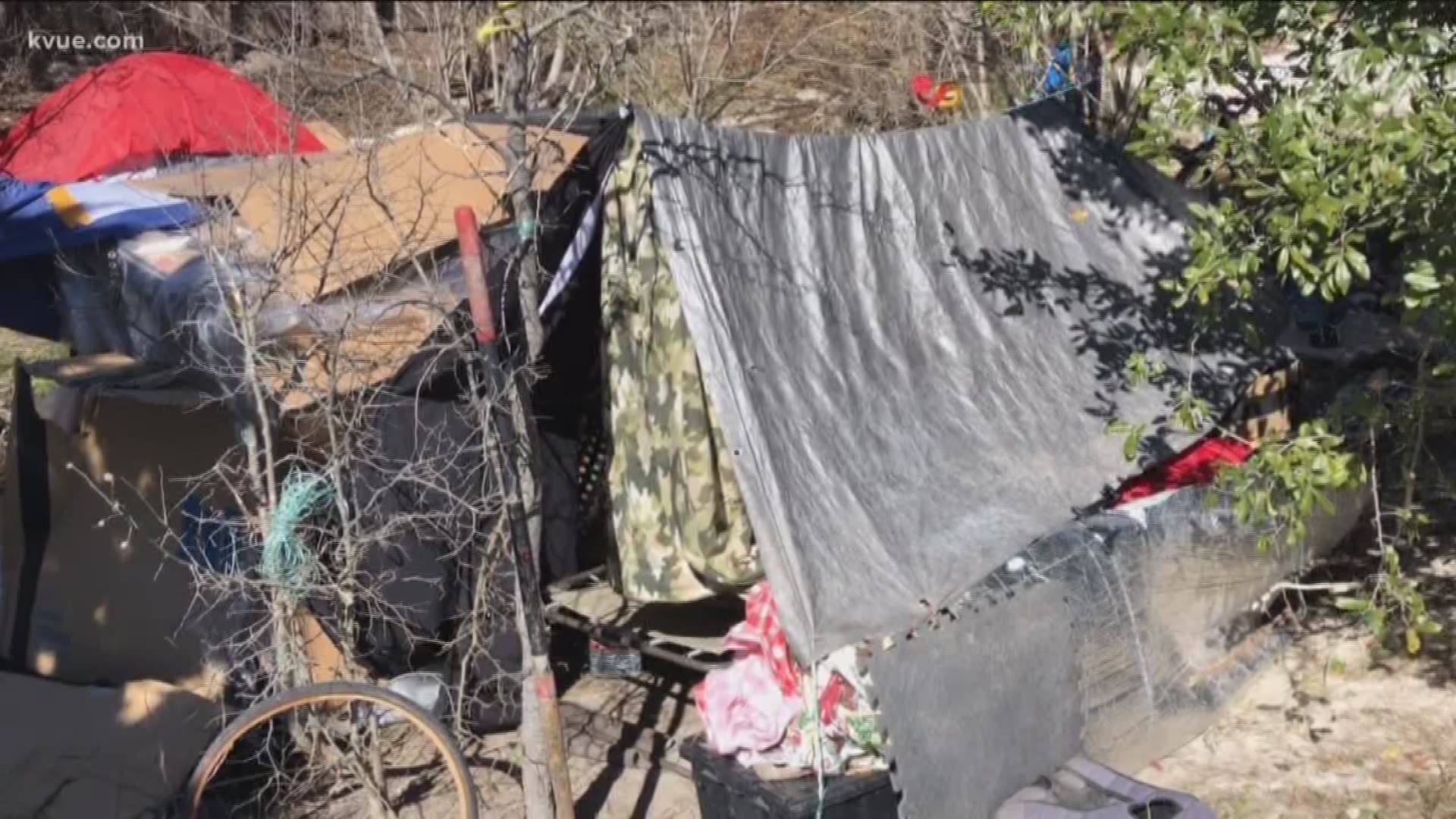 AUSTIN, Texas — KVUE uncovered Friday the locations of 20 homeless camps that the City of Austin Watershed Protection Department is cleaning up.

KVUE's Molly Oak acquired the list from the department.

Here are the locations:

"The sites that are on our contract list are high-priority sites in that they have the highest flood risk. Not only to the individuals in the encampments, but in and around infrastructure that could clog from any debris that might be in encampments – mattresses, shopping carts, clothes, possessions," said Jose Guerrero with the Watershed Protection Department.

The list of illegal camps includes a tunnel camp under East Riverside Drive that police have called a hotspot for crime.

Guerrero said, along with the cleanups, Watershed also works to connect people with services.

"We try to give at least 72-hour notice and make them aware of the dangers. But we also have an empathetic side where we try to connect them to work with social workers, case managers that connect them to the social services that may be needed so they can resolve their housing situation," said Guerrero.

He said the list is not set in stone and sites can be added or subtracted at any time. Guerrero also said there isn't a timeline for completion at this point, but he said crews will be revisiting sites to determine if another cleanup is needed.

So far, Guerrero said cleanups started on Jan. 29. Since then, crews have been to 10 of the sites. He said he hopes crews get to six more by the end of February.

The Watershed Protection Department said crews visited three sites and collected more than 4.3 tons of materials in the first week.

In December, the Austin City Council authorized a $250,000 contract to provide homeless camp cleanups in and around the Watershed Protection Department-managed lands and drainage infrastructure.

The Watershed Protection Department told KVUE the 2019 pilot program focused on nine locations, and crews conducted 37 cleanups total, about four times at each camp, throughout the six-month program.

The department will also be leading the cleanup efforts at the homeless camp underneath Anderson Lane near Highway 183 and Cameron Road that recently caught fire.

Guerrero said if people notice a campsite to report it to 311.