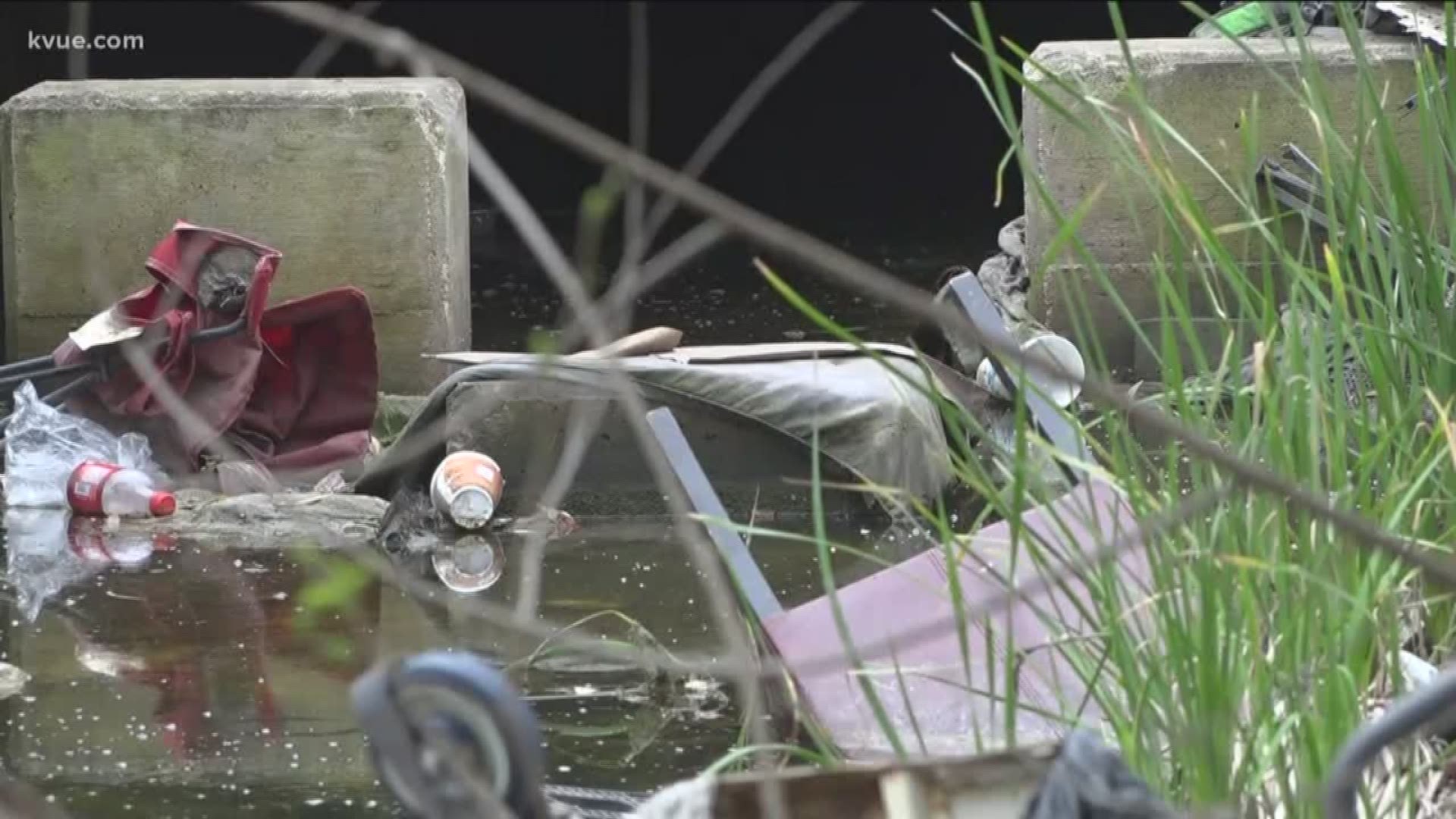 AUSTIN, Texas — The Watershed Protection Department is taking the next steps to clean up a homeless camp that police have called a "hot spot" for crime.

"It’s an effort to promote public safety, decrease the flood risks that the individuals themselves are at risk of, as well as the general public, should their possessions, such as mattresses, furniture, shopping carts clog the drainage infrastructure that they’re typically seen in and around," said Jose Guerrero with Watershed Protection.

Watershed Protection started cleaning up "several sites" Wednesday. Staff said they did not want to reveal the locations of most of the sites in order to protect the dignity of those living there.

One of the cleanups will be at two tunnels near East Riverside Drive at Willow Creek Drive.

The cleanups come after Austin Police Department and Austin-Travis County EMS spent weeks telling people in and around the tunnels about the cleanups and trying to get them connected to service providers, like Integral Care.

"That is not a safe space for them to be in," said Guerrero. "So when we talk about the flood risk, again, that could get clogged and send the water up and over the roadway. And that is a six-lane roadway utilized by motorists and pedestrians, as well.”

Guerrero said the tunnel extends for 900 feet. He said there will eventually be an engineered steel gate over the opening over the tunnels. Guerrero said this will allow for water to flow in and out, but, hopefully, keep people from getting inside. He said construction is expected to start in late spring.

Along with the warnings from police, the Watershed Protection Department said it gave people living in places such as creeks and drainage tunnels a 72-hour notice to clean up their personal belongings. It said they also provided individuals living within these areas social service resources.

In December 2019, the Austin City Council approved a $250,000 contract toward cleaning Watershed Protection land and infrastructure over the course of a year.

VIDEO: Homeless camps in Austin areas prone to flooding to be cleaned up

'They're people too': Three girls overcome fear of homeless people by helping them

In the release, the department recognized these are peoples' sanctuaries so they want to approach the cleanup in a considerate way while still removing people in an area public safety officials consider dangerous to live.

"These places are not safe. Both the residents of the camps and first responders may be placed in harm's way in the event of a flood," according to the statement.

In addition to safety concerns, the department said debris can block the drainage systems and cause flooding. The debris can also flow into and pollute other waterways.

Prior to the current contract, the city launched a pilot program from March to September 2019 to determine successful ways to manage the encampments on Watershed Protection land. The department conducted 37 cleanups across nine sites and removed 27 tons of material. The City spent $61,000 in material costs.