The council has been discussing Austin's homeless rules since Wednesday. 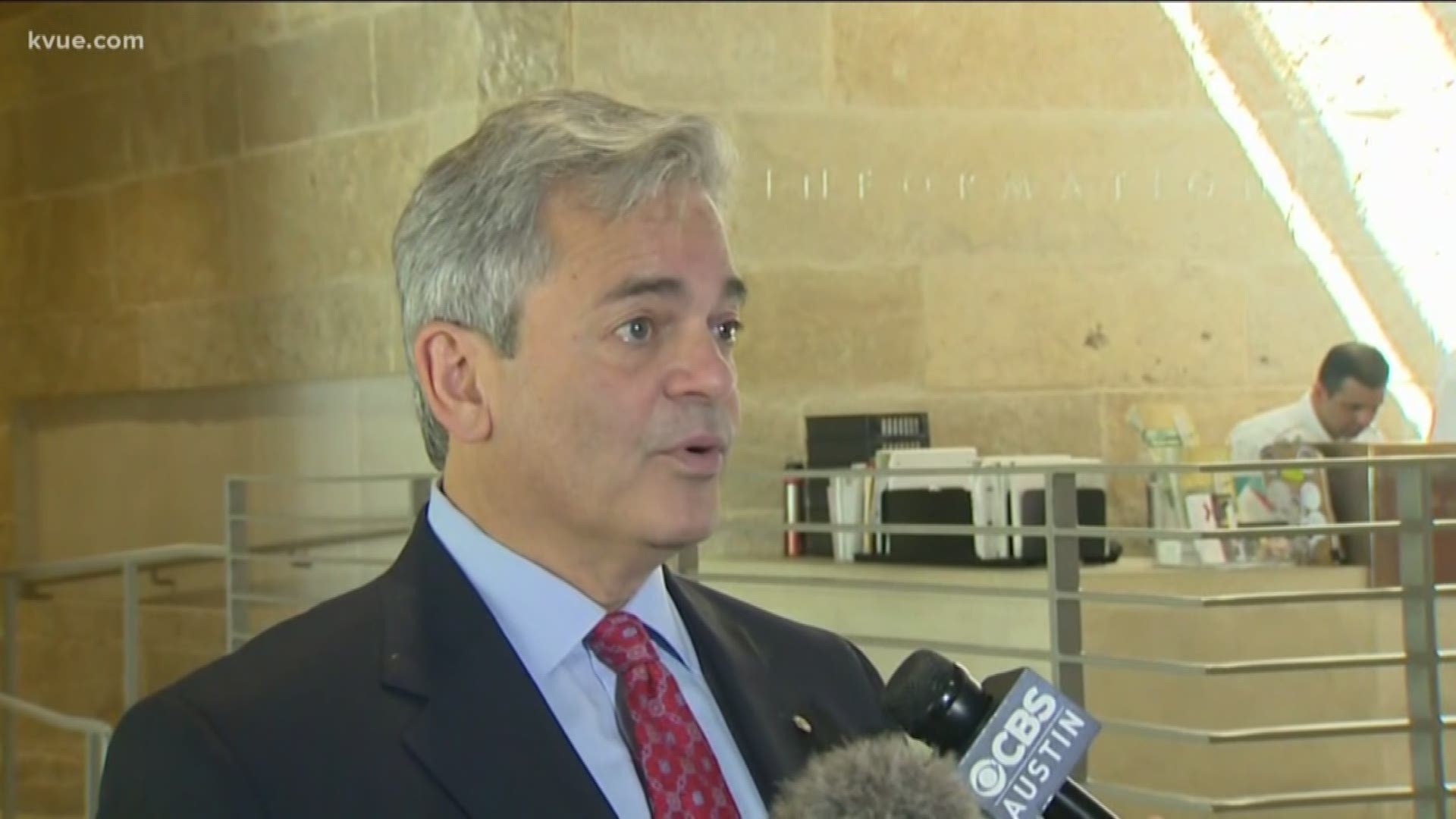 Friday morning started with an expectation of action by the city council. However, a few hours into council's special called meeting, it was clear that wasn't going to happen.

Friday's meeting came after a four and a half hour discussion on Wednesday to talk about homelessness and making possible changes to the camping ordinances. The council continued deliberation on Friday, but ultimately decided they would postpone voting on anything.

"Well, I think that everybody in unison indicated they wanted the city to take further action. I think people wanted to make sure that we got it right rather than fast," said Mayor Steve Adler. "So they’ve asked us to come back with another work session with council, probably in the next week or two, and then get something back to the council to vote on."

The mayor said they wanted to hear more from other council members who were outside of the ordinance and resolution drafting process.

"Quite frankly, the people who weren’t part of those conversations had some really good ideas that need to be included in anything that we do," said the mayor.

He also noted the homeless strategy officer and a want for her input before deciding anything. This is something Councilmember Jimmy Flannigan pointed to on Wednesday.

"I think the manager and the strategy officer need to weigh in. She just started work a few days ago. I hate to say it, but her honeymoon is going to be over here shortly, and we’re all going to want to have her advice and suggestions, recognizing that they will still probably be preliminary because she’s just in the community," said Mayor Adler. "In my conversations with her, she’s talked about the real need to have a data-driven approach."

Mayor Adler said the council will likely meet for another work session during the week of Oct. 10. If this happens, he said council would be expected to vote at the next council meeting on Oct. 17.

Before the vote to withhold action, each council member laid out their comments and concerns with the potential changes, some being that they haven't taken enough time to discuss them.

Two assistant chiefs with the Austin Police Department (APD) were called to speak at Friday's meeting in hopes of offering some clarity as to how they are currently policing the ordinances and what obstacles officers face.

"We don't want to issue citations, we don't want to make arrests," said Assistant Chief Justin Newsom, noting there was a 98% compliance when police asked people to move.

Those with APD said the ordinance mentions approximations, which would be challenging to enforce. This is in regards to if someone is technically blocking a sidewalk or not.

"We would have to measure in order to enforce the law," said Asst. Chief Newsom.

Mayor Adler said, with respect to what blocked or impeded a sidewalk, his conversations with police have indicated there is clarity.

"I would have liked for us to define today what blocked or impeding means on a sidewalk. I would actually like our police officers to be able to just look down and make a judgment call the same way they make judgment calls all the time about different things. But I want to get them that additional certainty, as well," said Mayor Adler. "I would have like for us to have taken that action today, but it was just one piece of lots of different 30, 40 different moving pieces, and the council said let’s do all that collectively."

Thursday night, Mayor Adler posted to the on the City of Austin Message Board. The post was a revised resolution from Councilmember Greg Casar and him. The post also included an amendment to the resolution Councilmembers Kathie Tovo and Ann Kitchen brought to the table.

Just after 11 p.m., Kitchen also posted on the message board with a link to an ordinance for council's consideration.

Following that post, Kitchen and Tovo posted an edited resolution on the message board.

On Wednesday, Kitchen and  Tovo proposed amendments to the City’s camping, sit and lie ordinances that would ban homeless camping in West Campus and a large portion of downtown.

Mayor Adler and Casar also proposed an alternate plan, which, under Adler's portion, would ban camping in downtown areas where cycling on sidewalks is prohibited according to a 2010 city map.

Councilmembers Tovo, Kitchen and Alter posted a revised resolution to the City of Austin Council Message Board.

"Ending homelessness in this community is our top priority, and it is through that lens that we approach this conversation today. Our revised resolution reflects this intent," Tovo wrote on the City of Austin Council Message Board.

Following that post, Casar released a "summary of [his] preferred version of the ordinance." Casar wrote on the message board that this version will "clarify [council's] action in June, to define health/safety issues, obstruction issues, and small areas around shelters. It also supports a phased approach as laid out earlier this week."

Yvette Salazar was one of the people to speak at Wednesday's meeting. She told KVUE she's been homeless since April.

"The struggle is still there. What I've noticed from the community is just a lot of animosity on both sides right now. But there's not really much problem solving going on," she said.

Salazar said since the ordinances changed, it hasn't impacted her much.

"It decriminalizes it, which is good because you really don’t want to rack up a record or tickets you can’t pay ... In that aspect, it is a good thing," Salazar said. "But I really don’t think we should have a homeless population downtown … It just doesn’t look right for us to be sleeping on the sidewalks downtown. This is the capital of Texas, let’s clean up downtown."

She said she hopes the community is able to work together to start finding solutions.

KVUE's Molly Oak live tweeted both of the meetings. For more details, follow her Wednesday and Friday tweet threads.