The 6-3 ruling means Austin must remove just one word that was used twice in the May 1 ballot item. 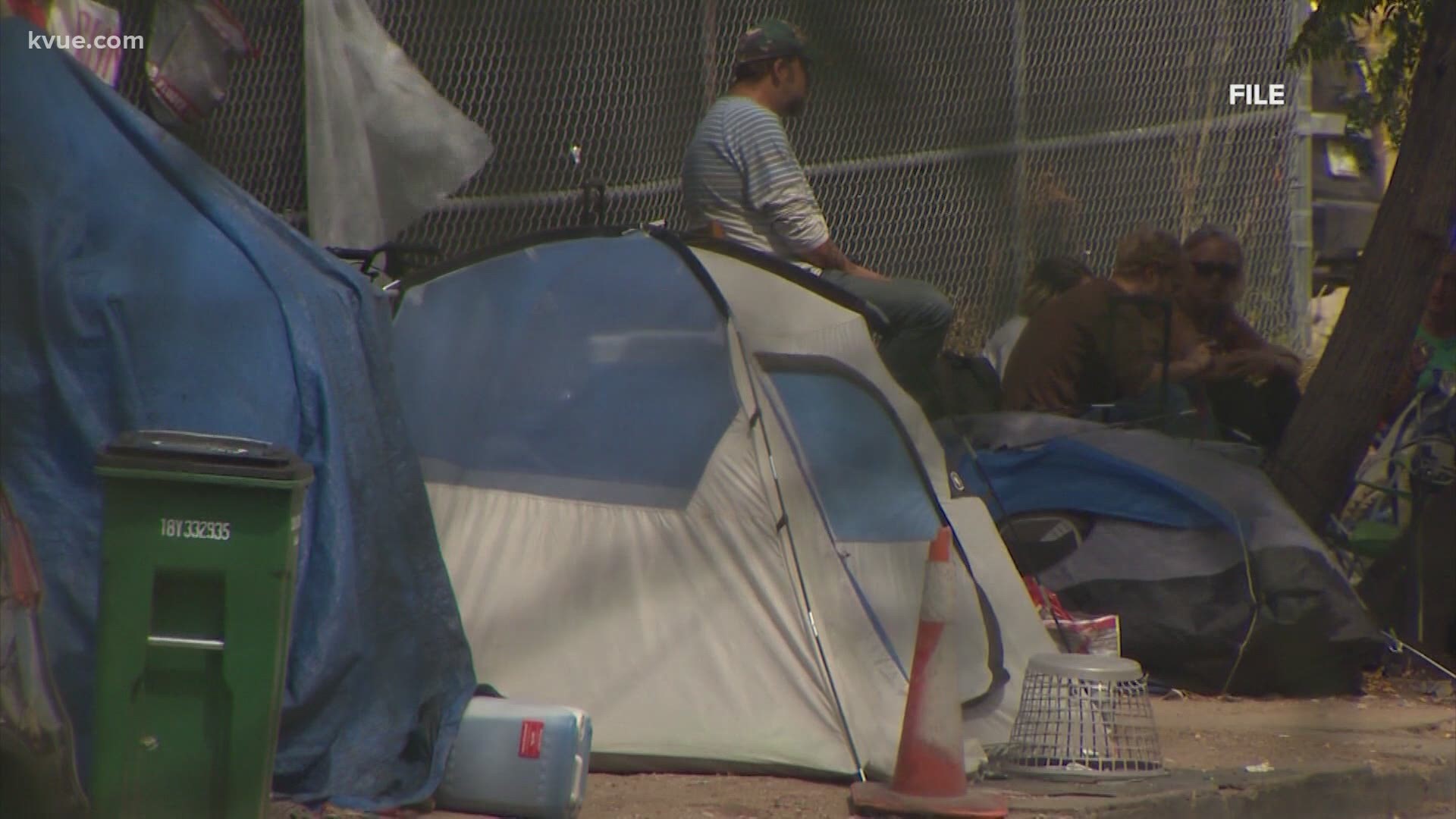 AUSTIN, Texas — On Tuesday, March 2, the Save Austin Now PAC had a victory in its battle with the City of Austin, with the Texas Supreme Court ordering the City to change the ballot language for an item in the May election to reinstate the public camping ban.

According to KVUE's media partners at the Austin American-Statesman, the court ruled 6-3 that the City must delete the word "anyone," which was used twice in the wording for Proposition B. The City Council promptly followed the order and passed a unanimous vote to drop the word, according to the Statesman.

The initial ballot language was as follows:

Justice Jimmy Blacklock said the word "anyone" was not appropriate to use, because "the ordinance contains several exceptions covering a variety of common uses of the sidewalk that the ordinance does not criminalize."

"Thus, only a subset of those who engage in the covered behavior – not just anyone – can be penalized under the ordinance," Blacklock said.

"At a minimum, the word 'anyone' must be struck from the proposition so that voters are not misled about what their vote for or against the ordinance means," the ruling said.

The Save Austin Now PAC had helped three Austin residents file an emergency suit in both the Third Court of Appeals and the Texas Supreme Court claiming the language passed by the City of Austin was unfair, prejudicial and distorted the actual petition language in an "attempt to intentionally bias voters against the public camping ban," which is set to appear on the May 1 ballot.

The three individuals have been identified as Austin residents Linda Durnin, Eric Krohn and Michael Lovins, all of whom were validated signers of the petition. Their co-counsel were Austinites Donna García Davidson and Bill Aleshire.

Save Austin Now said the petitioned ordinance had a caption, which it claims was ignored by the City Council. The group claims that by "devising their own ballot language," the council violated the City's Charter requirement to use the caption of the ordinance as the ballot language. The Texas Supreme Court did not make a ruling on the City Charter issue.

“I joined this lawsuit to, once again, teach the Austin City Council that they cannot violate the law and the City Charter,” added Aleshire, a former Travis County judge and prominent local Democrat. “The council can’t make up their own ballot language, especially when it’s biased, unfair, deceitful and directly violates the City Charter. I detest it when the Adler council tricks Austin voters and tries to interfere in the people’s right of petition. I don’t want to see that happen on Proposition B.”

“The City of Austin is outrageously playing games with the ballot language, as they always do,” said Save Austin Now PAC co-founders Matt Mackowiak and Cleo Petricek in a press release. “Instead of passing clear and accurate ballot language and honoring the petitions signed by more than 26,000 Austin residents in a 50-day period, the mayor and the council colluded with radical groups to use their poll-tested, biased, inaccurate ballot language in a shameful attempt to steal an election victory they have not earned. The camping disaster gets worse every hour. Austin voters can see the truth, even if the mayor and the council have their head buried in the sand. We will stand up for the rights of our petition signers. Bullies only succeed when we let them and we will not let them.”

The Supreme Court rejected the PAC's calls to force Austin to use language that would make new crimes and penalties less prominent in the ballot language.

"It is not the courts’ job to micromanage the sentence structure of ballot propositions," Blacklock said. "Our job is to ensure voters are not misled by inaccuracies or material omissions in the proposition while preserving the governing body’s discretion to select ballot language."