More information is expected to come at a council work session on May 18. 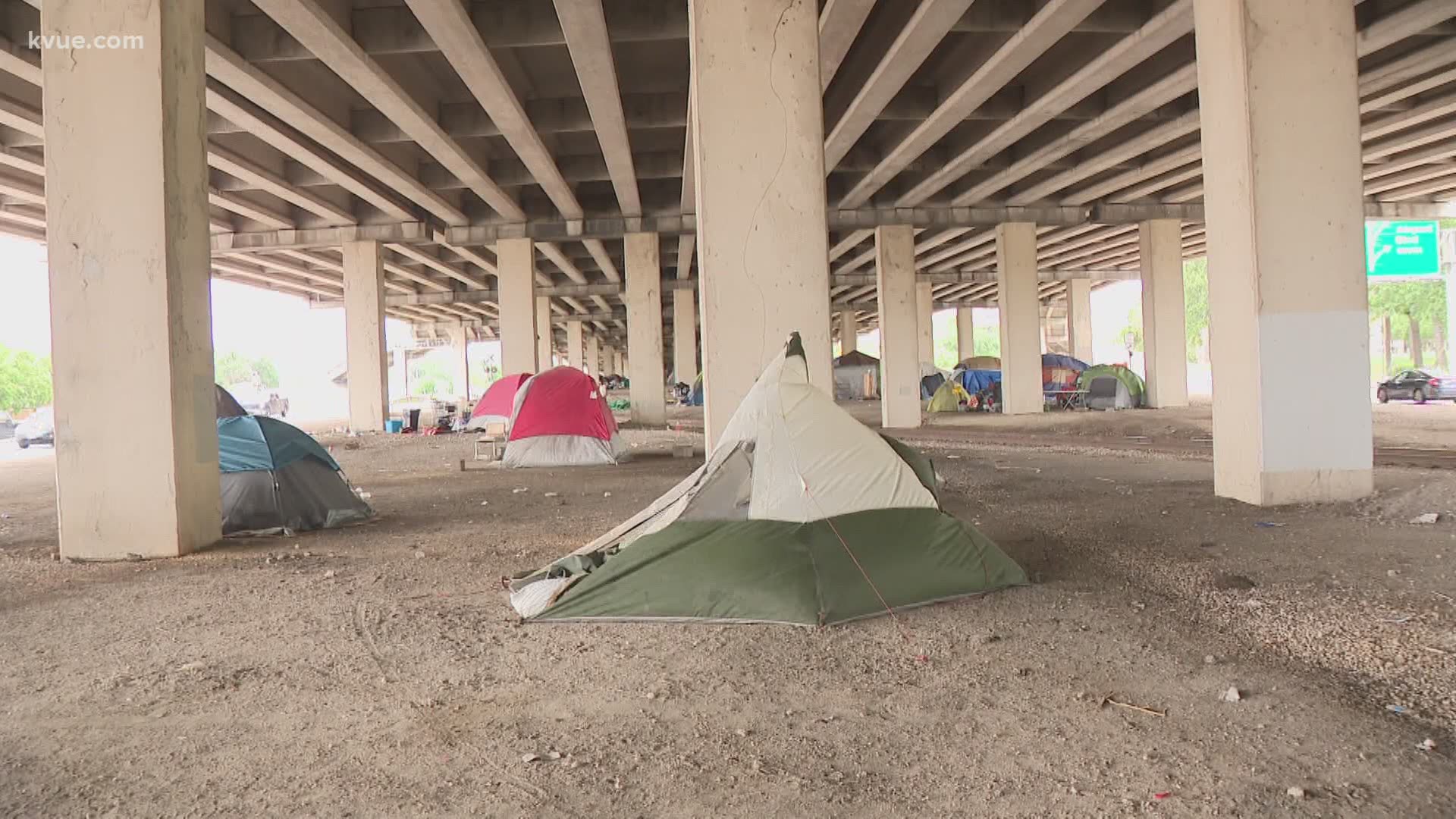 AUSTIN, Texas — The City of Austin has analyzed a list of more than 70 City-owned locations where homeless people can potentially legally camp, despite the passage of Proposition B, a camping ban.

On Tuesday, the City released the locations of 45 sites to be considered:

In this May 14 report, City leaders were required to report on several items, such as best practices for sanctioned encampments, a description of basic infrastructure for them and criteria for their selection, among other things. That report can be viewed in full here.

"I completely disagree with the use of park lands, both existing and undeveloped parkland," City Councilmember Mackenzie Kelly said. "Currently, we have people in our district and across the city who are not able to enjoy the green spaces that the city has to offer because of the individuals experiencing homelessness that are already there. There's been a lot of outcry from the community about how these areas are not appropriate and I agree with them."

The report also details costs associated with these potential encampments.

"One-time costs to establish encampment sites may include, but are not limited to, extending access to electricity and water lines, site grading, installation of perimeter fencing, creating or improving vehicular access and mitigation of wildfire and/or flood risk," the report states. "More detailed analysis will be necessary for each location, but an initial survey suggests that while some urban infill properties or parks may need only modest preparation (potentially under $200,000), others lack access to basic utility infrastructure or access, and would require the investment of several million dollars."

Estimated annual costs for operating a sanctioned encampment are shown in the table below:

"We're talking about estimated an estimated cost of $1.3+ million going into this and not into something that could be a more permanent and structural solution to the problem," Joao Paolo Connolly, the director of Organizing for Austin Justice Coalition, said. "It's unfortunate that we're investing so much time and resources and money in what is yet again another Band-Aid type temporary solution that does not fix or address the problem."

City staff has finished reviewing the 70+ locations, which are managed by an array of City departments such as Parks and Recreation, Austin Housing Finance Corporation, Public Works, Austin Resource Recovery and Austin Water Utility.

"The review included City assets in all council districts, with the aim of designating at least one candidate encampment site in each district consistent with Council’s resolution," the report states. "Staff has also initiated the process of screening multiple locations for safe overnight parking. Additional research related to safe overnight parking locations continues."

"The time for more meetings, more consultants, more summits, it's over," Cleo Petricek, one of the founders of Save Austin Now, said. "That should have happened two years ago. We should treat this like the crisis that it is."

As far as what's next, City staff will present an overview of the strategy, including the potential land options for encampments and safe overnight parking, at the May 18 council work session.

City leaders must also provide the following details by the specified dates:

"In addition to meeting the need for crisis resources, the City of Austin is committed to pursuing long-term solutions to homelessness and will remain focused on existing initiatives and ambitious efforts to expand permanent housing options in our community," the report states.

Since voters made their voices heard in the May election, City Manager Spencer Cronk has been leading the plan in addressing the ban. The proposition bans people from camping in public areas that aren't designated by the Parks and Recreation Department; sitting or lying on public sidewalks in and near downtown and the University of Texas campus; and panhandling at specific hours and locations.

Days after the camping ban took effect, the city manager presented to the city council a list of potential locations where homeless people may be able to legally camp within the city limits. The Austin City Council had previously directed Cronk to share a list of city-owned sites by May 14.

The rollout of the camping ban, which took effect Tuesday, May 11, will be implemented in four phases. Starting with education and community outreach among the homeless community, it will take several weeks before actual enforcement of the ban takes effect. KVUE broke down the four phases here.

Training materials have also been circulating among Austin Police Department officers in regard to how to enforce the camping ban.

Texans get millions of robocalls every day, per national data